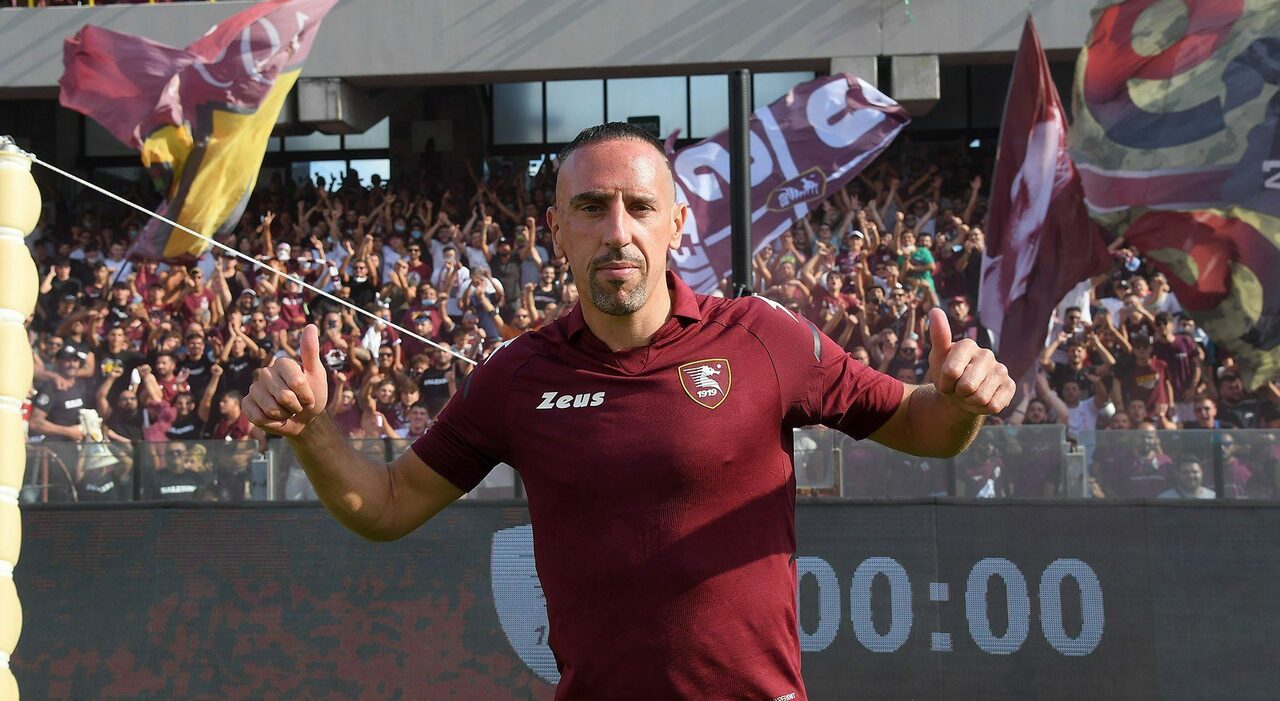 xCall him “mister Franck”: Ribéry stops, says goodbye to football. He does not leave the scene: a legend is immortal. In fact, Salernitana already has a new role ready for him, a new dimension: at the threshold of 40 years which he will celebrate on 7 April, he will be the star and the champion alongside the technical staff. Among the coaches grenade will find Simone Barone as a colleague who challenged during the Italy-France World Cup in 2006. Ribéry therefore made his decision: the knee is in trouble, the specialists consulted in Munich and Innsbruck have found the disengagement of the meniscus and cartilage to a minimum. He urges to stop. There is a new and bright future for him, worthy of his career and of the trophies raised to the sky: he will terminate his contract as a player (he currently earns 125 thousand euros net per month) and Salernitana would already have a brand new one ready, until to 2024, because Franck will always have a place of honor in the hippocampus club.

The ball and the green lawn are his life and at the moment Ribéry does not imagine a job in a suit and tie. Not now, maybe in a next step to live as a club ambassador of Salernitana. What he has been thinking about for days and which he had to metabolize requires, instead, the last step of the liturgy of a champion: he wants to communicate it personally to his teammates, to the “boys” he glimpses every other day at the Mary Rosy sports center, when he shows up in the massage room to strengthen only the upper limbs. The knee, on the other hand, belongs to the past but Ribéry does not rebel against the passing of time, he goes to meet his destiny with pride. «Franck, an icon of football and our symbol, will speak. It’s up to him, as soon as he’s ready ». The coach Davide Nicola and the CEO Maurizio Milan they wait for the magic circle to close. Franck will speak. It could have already happened last night: Salernitana at dinner, away from prying eyes and outside the province, all for one, restart agreement. The rite of conviviality is also the photograph of a cohesive group: it is a habit in the grenade house. But this time there was more need: it is a delicate moment, the team must win, they must beat Hellas Verona. The group has many guides and the captain’s armband has already symbolically passed at the beginning of the year, on the field, from Ribéry to Fazio. Then he involved Mazzocchi, then it was discussed in pink. But Franck is Franck, the leader, he has an immaterial value, he goes beyond the athlete. General Marchetti, who first introduced him to the press and to the city of Salerno two summers ago, called him a “gentleman”. A year ago Salernitana was at the feet of the player who first made the history of the French national team, of Bayern Munich with whom he won everything.

Now FR7 raises his hands in gratitude for what football has given him, the sport that changed his life. He will also thank Salernitana who, on the occasion of the match against Roma, this year, gave him the opportunity to hug his mother again in a beautiful tailor-made surprise. “Where is Ribéry?” The demand is pounding, daily. It is addressed by German tourists who frequent the campsite a few steps from the Salernitana sports center. In these days, supported by Salernitana who has never forced the timing of the decision, the player has metabolized and matured the choice. Since Monday, the Salernitana is waiting for him in the office, together with the prosecutor who at this moment is a kind of spiritual guide. In the buen retiro of the Amalfi Coast where he took home since his arrival, Ribéry in these hours is rediscovered more fragile. But it will not be the end of the line, rather a new spring: one’s desire is to participate as soon as possible in the coaching course. He is a champion, he has a brilliant career behind him: he has raised trophies, has acquired very high credits and scores in the ranking, he is ready to sit in the desks and study. Call him “mister Franck”.

David Martin is the lead editor for Spark Chronicles. David has been working as a freelance journalist.
Previous Cimolai Spa suffocated by derivatives. Debt of 600 million, transactions without the knowledge of the Board of Directors
Next Government, Meloni: ‘Political executive, discontinuity with past policies’ – Politics