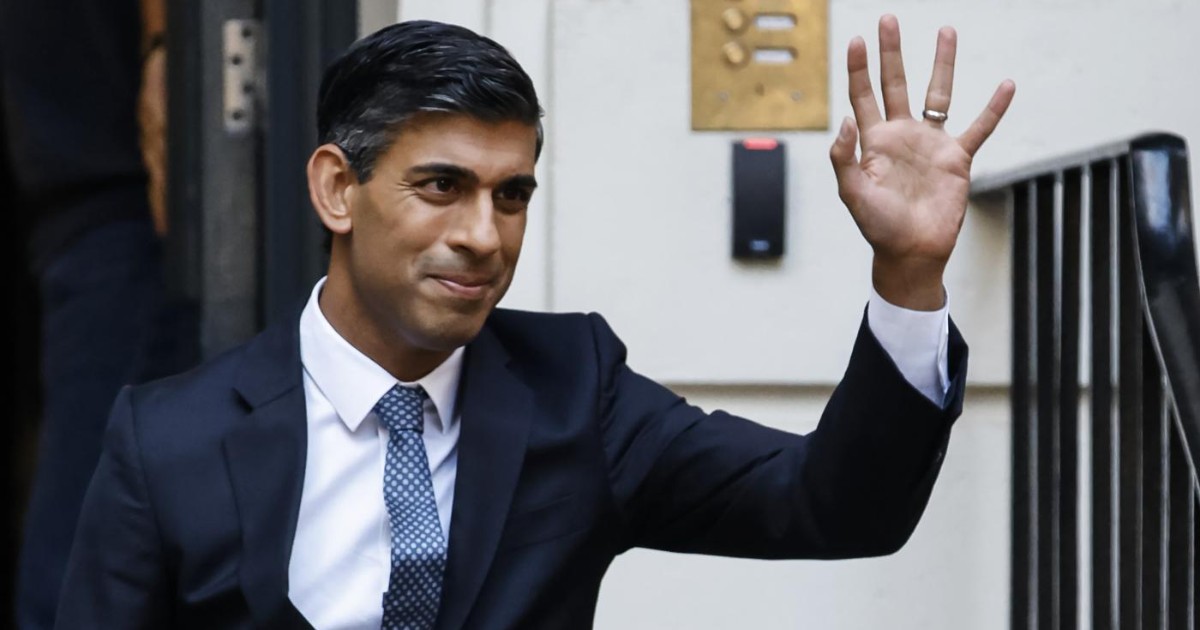 L’Economist he called her Britalybut there is something surreal and typically British about the way the United Kingdom saw three governments in two months, going from an emblematic handshake between the Queen Elizabeth II – longest-lived sovereign in British history – e Liz Truss, the shortest premier leader Downing Street remembers. The queen would have passed away after two days, Truss’s career ended after 45. The rest is a new chapter in history, if not political psychodrama, which itself Rishi Sunak – the 57th prime minister who today receives from King Charles III the task of forming the new conservative government and saving the party from the electoral drift, he entitled “united or dead”.

How long will it last this time? – “The election of the new Conservative leader was warmly welcomed by colleagues, who know we need to make things work” he commented hotly Sir Graham Bradyleader of the 1922 Committee who manages disciplinary procedures within the conservative party after having radiantly given the outcome of a race for leadership conducted in a lightning-fast way to prevent a new collapse of the pound and government bonds. The pressure of an economy one step away from recession and the violent distrust of the markets towards the Trussonomics pushed the conservatives to the forced choice of the candidate with the most financial experience, the most serious, elegant, realistic, pragmatic, and favored by City. It doesn’t hurt that he is also the youngest British Prime Minister of the past two centuries, and perhaps the richest ever. But to stay a Downing Street until the end of the legislature in 2024, it will not be enough for Sunak to have won the trust of 2/3 of the conservatives who sit in Westminster, his priority to “restore unity to the party” also means taming the branches at the Tory base, the nostalgics of communication of Boris Johnson who still do not forgive him for stabbing him in the back. The revenge of Sunak’s enemies could be consumed cold, gradually reshuffling the not too clear fiscal past of the former finance minister and his billionaire wife. For him, on the other hand, the first strategic step is to select the right government team, including not only his allies (as Truss did) but also reaching out to possible opponents, starting with the “ideologues of Brexitism”, such as argues Timothy Garton Ash on the pages of Guardianunderlining how from the “take back control” the Kingdom ended “in a spectacular loss of control”.

The dangers for Sunak – A minefield is precisely the Brexit protocol onnorthern Ireland on which not only depends the formation of the devolved executive of Stormont, but also the definition of commercial relations with United Statesnot to mention relations with theEuropean Union. Famously calibrated, the brexiteer Sunak would have repeatedly warned his government to be careful not to commit actions that could trigger a trade war, and perhaps for this reason the – very influential – group of radical Eurosceptics of the European Research Group (EGR) yesterday did not express the his appointment and could boycott the next maneuvers. The first landslides could come on the day of Halloween if the financial statement will be confirmed in which the former chancellor will give his prudent approach to the public debt. “The new Prime Minister must not waste any time trying to stem the impact that the storm in the markets is having on households and businesses – said the President of Industrialists (CBI) Tony Danker – must restore credibility tax through a credible plan for the medium term and a platform to generate economic growth ”. The public debt is burdened by the need for ‘difficult decisions’ at an economic and political level. Will the radical conservatives be able to swallow the pill of possible tax increases or cuts in public spending as a solution to a harsh winter of energy prices, inflation, high cost of living and raised mortgages? Or will they obstruct by making the hypothesis of early elections more concrete? Not only the oppositions a Westminster, Cardiff and Edinburgh claim the democratic option of a popular vote and not an internal party vote, but Johnson’s own allies, from Zac Goldsmith to Nadine Dorries, have dealt the first blows to their new PM by arguing that they cannot help but go to the elections now that the 2019 mandate has been turned upside down. Moreover, according to the polls, to think that it is right that Sunak indicates the election is now the 56% of the British.

A bridge with India in the flesh – Among the first to congratulate the new leader, the Indian Prime Minister Narendra Modi tweeted his’ wishes for the light festival of the Diwali to the ‘human bridge’ of the Indians in Great Britainwith which we will transform our historical ties into one partnership modern “. The nation celebrates the exemplary history of the first premier Hindudark-skinned, descended from parents Indians that they made themselves. But many argue that his exclusive and refined lifestyle, and having reached the top after studying in the most exclusive private schools in the world, can alienate rather than attract theBritish electorateincluding minorities ethnic.

Videogames entered his life in the late '80s, at the time of the first meeting with Super Mario Bros, and even today they make it a permanent part, after almost 30 years. Pros and defects: he manages to finish Super Mario Bros in less than 5 minutes but he has never finished Final Fight with a credit ... he's still trying.
Previous Cassano against Moggi: “At Juventus I would have attached you to the wall.” The reply: «Try it» – Corriere.it
Next Dinner with murder – Knives Out: Ana de Armas returns to talk about why she rejected the film twice | Cinema