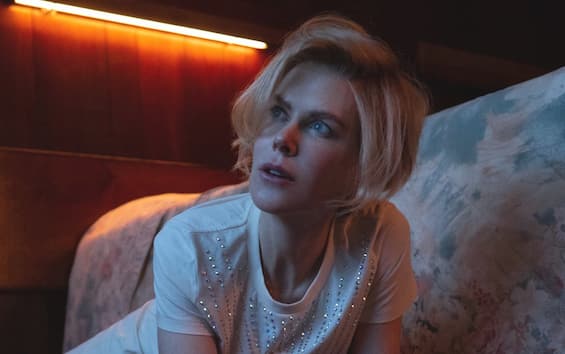 The trailer for is out Roar, Apple TV’s dark comedy anthology series created by Liz Flahive and Carly Mensch and executive produced by Nicole Kidman and Bruna Papandrea. The actress, besides being the executive producer of the project, stars in one of the episodes.
The debut is scheduled for next April 15th; the highly anticipated series will tell in eight stories what it means to be a woman today.
A collection of contemporary feminist fairy tales that mix dark tones with comic ones, with a production that spans many cinematic and narrative genres.

From magical realism we move on to psychological horror, changing register, using various styles and ways of narrating. The only common thread that interests the whole series in homogeneity is double thread: the content and the final message are always the same. What it means to be a woman in this era is the content, while the message we will find out soon Roar will be released on Apple TV (also visible on Sky Q and via the app on the Now Smart Stick). Surely, as in any self-respecting fairy tale, even here the moral will have its weight. By showing what it means to be a woman today, this project will most likely try to raise awareness, to make the world think.

You can watch the trailer of Roar in the video that you find above, at the head of this article.

Roar, the first photos of the new series with Nicole Kidman

Roar tells eight stories of ordinary women, caught in quite exceptional circumstances. The series is about women who eat photographs, who live on a shelf as if they were trophies, who meet ducks. The scenario is absurd and extraordinary, yet the lives contemplated will be disturbingly universal.

David Martin is the lead editor for Spark Chronicles. David has been working as a freelance journalist.
Previous Harry Styles and Olivia Wilde break up and memes are born immediately
Next ‘Carnival Row’ The final season