Robert Durst is dead. The multimillionaire sentenced to life imprisonment for murder was 78 years old

Multimillionaire and heir to the real estate empire Robert Durst, sentenced to life imprisonment for the murder of a friend and accused of murdering his wife, is dead. The 78-year-old was in the hospital ward of a prison in Stockton, California.

Robert Durst’s death was confirmed by his lawyer Chip Lewis. He reported that he died “of natural causes related to a litany of medical problems” in the hospital where he was brought for examination. The day after being admitted to the facility, according to journalists from The New York Times, he suffered a cardiac arrest. Doctors failed to save his life. The spokesman made a reservation that he would not provide more information about the death of the multimillionaire.

Durst was serving a life sentence without parole for the murder of his friend Susan Berman in 2000. The verdict in this case was handed down in mid-October 2021 in a court in Los Angeles. Berman, 55, the daughter of a Las Vegas gangster, was a friend of the millionaire for many years.

In turn, in early November 2021, Durst was accused of murdering his first wife, Kathleen McCormack, almost 40 years ago. The woman went missing in 1982, her body has never been found.

He killed a longtime friend

Susan Berman was killed at her Beverly Hills home with a shot to the back of the head. The jury decided that Durst waited for the opportune moment to shoot the woman and thus get rid of the inconvenient witness.

The evidence revealed in the trial indicated that Berman had helped provide Durst with a false alibi regarding the disappearance of McCormack. According to the prosecution, the man killed the woman because he was afraid that she would eventually share her knowledge about his wife’s disappearance with the authorities.

Durst has repeatedly fled the law, including disguised as a deaf woman in Texas and staying under a pseudonym at a hotel in New Orleans wearing a latex mask. It was in New Orleans that the real estate magnate was arrested in 2015.

In 2003, he was acquitted of the 2001 murder of his neighbor Morris Black in Galveston, Texas. The man was to discover Durst’s true identity while he was hiding from justice. The millionaire later admitted that he dismembered his neighbor’s body and thrown it into the sea. However, he argued that it was a necessary defense.

The man was the grandson of the founder of The Durst Organization, one of the leading real estate companies in New York. He left the company years ago. Suffering from many diseases, Durst spent the last years in the prison hospital ward. He was diagnosed with COVID-19 and was breathing with a respirator.

Videogames entered his life in the late '80s, at the time of the first meeting with Super Mario Bros, and even today they make it a permanent part, after almost 30 years. Pros and defects: he manages to finish Super Mario Bros in less than 5 minutes but he has never finished Final Fight with a credit ... he's still trying.
Previous “Tomorrow you get up to the kids”
Next Microsoft is starting an affair with Ubisoft? What can result from this? 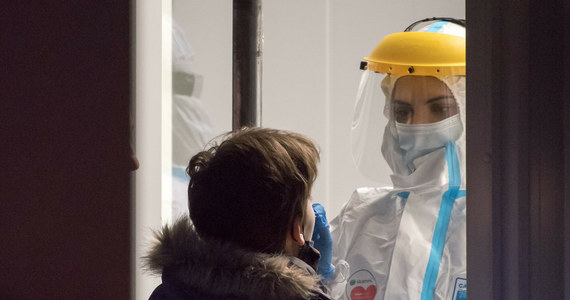