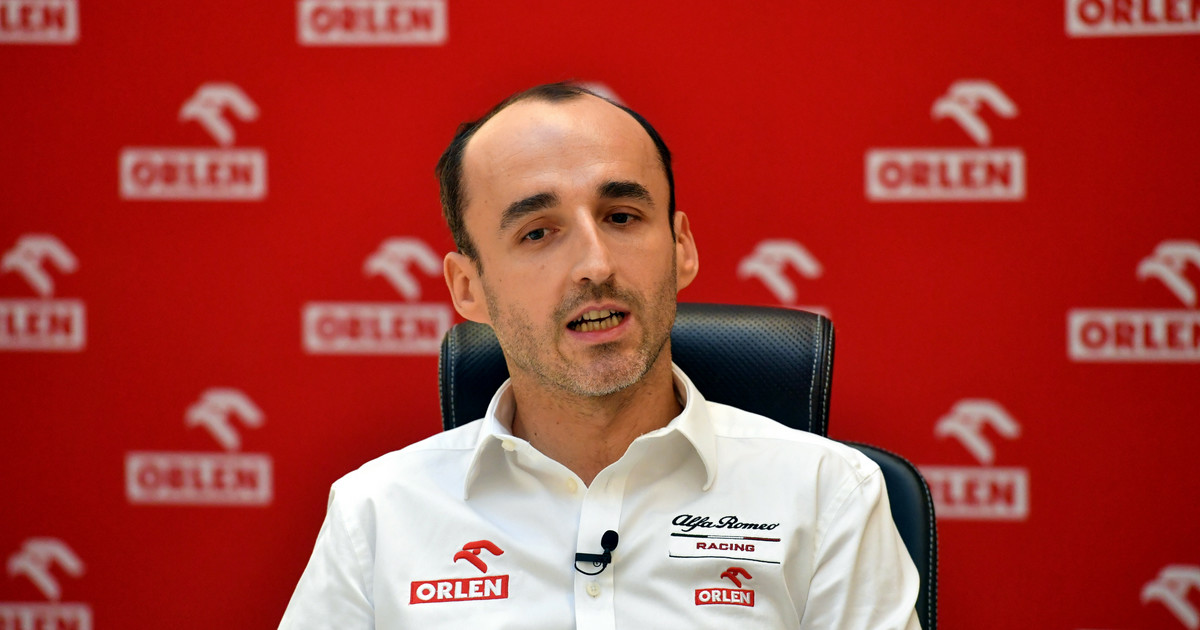 Robert Kubica and Orlen stay with Alfa Romeo in F1. “I want to win Le Mans”

In the morning in Warsaw, at the Orlen headquarters, CEO Daniel Obajtek announced that the Polish oil company would continue to promote our brand globally, using the best possible platform. – Orlen operates on six continents and is present in 99 countries. 60 percent income comes from external markets. Proper promotion is needed for the development of such a large concern – said the president, who also justified the continuation of cooperation with the Alfa Romeo team. – Such large projects are not only entered into one or two seasons. Such projects must have continuity. Our cooperation with Alfa Romeo is going very well. We believe that this is a good direction for the promotion of our brand – added Obajtek.

“I will still be the backup driver, but my priority is to be a racing driver and I will strive to race at the highest level possible,” assured Robert Kubica. “I have decided that I want to come back to Le Mans and I want to win it at Le Mans.” That’s why I will stay with long-distance races – added our driver.

Robert also revealed to “Przegląd Sportowy” what kind of prototypes he will be racing in long-distance races next season. – Plans for the next year are quite well arranged. It’s just a matter of making the final decisions. Tomorrow, I’m even going to the tests, and when we get the last button, it will be communicated. I always remind you that combining different categories, different championships, brands and sponsors is not so easy. Sometimes it takes a little more time for it to look as it should and to make everyone happy. In the 2020 season, when I started in the DTM, I drove in Formula 1 with Alfa Romeo logos, and in the German championship with BMW logos, and hardly anyone realizes how much time and talks it took, and sometimes it also depends on the moods of some people. Next year, the situation will be easier because I will stay in LMP2 – said the Pole.

Kubica: I want to come to Le Mans for the second time

– The Endurance category will move to the next level with the entry of new categories, new vehicles, or hypercars. There is a lot of interest here, but we are going much further here, so the LMP2 will be the best solution for me next year. Speaking of Le Mans, I can echo what I was saying to my team mate Louis Deletraz … and I bit my tongue. 20, maybe 16 minutes before the end of the race. There was a time when I didn’t know what I was going to do next year yet. It wasn’t sure in my head and half-jokingly told him, “I came to Le Mans, I won and I don’t have to come here anymore.” We did not win, so I want to come the second time. Every cloud has a silver lining! I emphasize something that is difficult to explain … Emotions, the way I felt while going to this race, made me very attached to it. I want to go there again, realizing that racing is never guaranteed and what has happened this year may not be repeated in the next 10 years. That is why this failure, this loss of victory in the last moment hurt a lot for a long time, even after the next races – added Kubica.

At the same time, the Pole will continue to cooperate with the Formula 1 team. – The pattern of my work will be similar. Two years ago, when I took on the role of reserve driver, the goal was to stay in Formula 1 and see how the situation develops. Sports and mine … When I got into the F1 car in 2020, I was pleasantly surprised. In the first tests in Barcelona, ​​when I first sat behind the wheel of an Alfa Romeo machine, I realized that what had happened a few months earlier must have had a very negative effect on my work and my performance at the wheel. Suddenly I felt what it meant to be able to drive a Formula 1 car that was fightable. This year the feeling was not so good in the car – said Kubica.

Kubica: Racing is my priority

He also mentioned a replacement for Kimi Raikkonen. The Pole played in the GP of the Netherlands and the GP of Italy. – It was not an easy task for several different reasons. First of all, in this year’s car I had a bad feeling, because this year in the new car I didn’t even have half a day of testing. I always jumped into the car for one hour of training on Friday when I had no chance to build confidence and expand my knowledge of the machine. Two years ago, when I was driving in winter testing, even though it was only twice a half-day, I learned something about the car and what to expect from it, ‘he said.

– Next year I will be the backup driver and I would like to be able to expand my knowledge of the new car as the regulations change and the new F1 cars will be completely different. We will see the new face of Formula 1 and it will definitely be different when it comes to driving. However, I must admit that my priority is racing and I will pay more attention to my starts. We will only see how the calendars of these starts will be arranged and how many of these races will be – concluded Kubica.

David Martin is the lead editor for Spark Chronicles. David has been working as a freelance journalist.
Previous Exchange rates 24.11. The zloty is gently strengthening [kurs dolara, funta, euro, franka]
Next Olaf Scholz becomes the new chancellor of Germany? A conservative who wants to build social housing

The Winter Olympics in Beijing are scheduled to begin on February 4, 2022, and run …