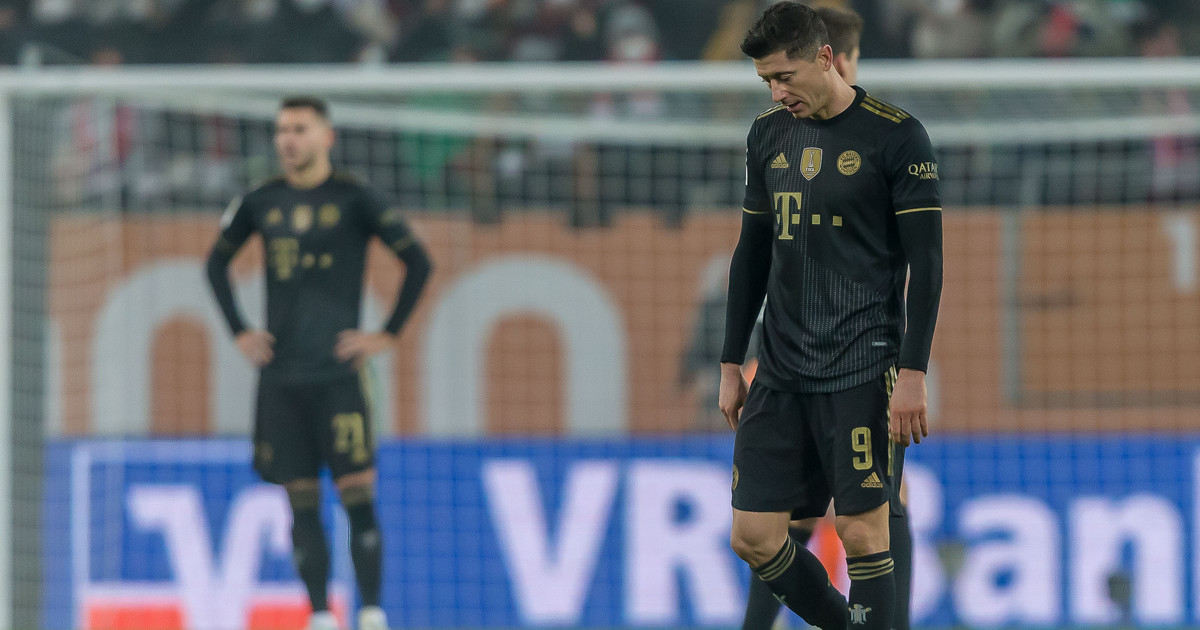 Robert Lewandowski on the fire of questions about his absence from Hungary. Bundesliga

The Bavarians on Friday evening unexpectedly succumbed to the much lower ranked Augsburg and lost 1: 2 in the match of the 12th round of the Bundesliga. Robert Lewandowski managed to score, but that was all the team led by Julian Nagelsmann could do.

– It’s hard to explain to the end. The game looked like we were attacking, but Augsburg was defending himself skillfully. Additionally, many things did not work for us. We conceded goals very easily and it can be said that as a whole team we did not play at the level we should have – regretted Lewandowski in the post-match interview for Viaplay.

Thus, in the correspondence duel with “Lewy” the top was Robert Gumny and Rafał Gikiewicz, who once let the captain of the Biało-Czerwonych beaten himself, but at the second hit of “Lewy” he was already at the post.

– I think that Robert played a good match, he had peace with the ball and played well several times in reception. From the very first minutes you could see that he was well prepared. Rafał managed to save a few situations, on my second attempt he was well positioned. I hit the ball dirty, actually right on him, but we have to admit that we did not have too many arguments in this match – added Lewandowski.

The captain of the Polish national team was also asked about the backstage of being absent from the field in the qualifying match against Hungary. Paulo Sousa’s players unexpectedly succumbed to the National Magyars 1: 2, which cost our team to be seeded in the play-off phase. The prospect of going to Qatar has significantly receded.

– Many things have been said recently and I must admit that they are not entirely true. I can confirm that before the grouping there were arrangements that in case of winning with Andorra and guaranteeing the play-offs, I will not be taken into account for the second match. This is the situation. A lot of myths and nonsense have appeared in recent days. There was no additional photo shoot for “France Football”. In this respect, everything has been explained and there is nothing to worry about – explained Lewandowski.

The 33-year-old admitted that the Poles were well aware of the importance of the meeting with Hungary. Many Polish fans were shocked by the post-match backstage recording, which was recorded, among others, by an interview between the national team captain and the team manager, Jakub Kwiatkowski.

– There is nothing to discuss it. In the match against Hungary, at least we did not manage to get a draw and this is decisive. You have to think about how to play in the play-offs, because remember that if you win in the first match, we will have two matches. With a bit of luck in the draw, you have to do everything you can to reach the final and we’ll see what happens next. You only have to focus on this – Lewandowski insisted.

As the statisticians calculated during Lewandowski’s 13-year adventure with the national team, Monday’s match with Hungary was only the sixth match, when he was not on the pitch.

– I have never refused to play in the squad. I have never done it for so many years, and I have so many meetings on my account. It is no coincidence that I have the most of them in history. Many mistakes were made in this match. It is a pity especially for the first goal conceded. There is a lot to analyze and look for why the game turned out this way. After the equalizing goal, there seemed to be a chance. Now, it’s time for us to think about all of this and how best to prepare for the play-offs – explains Lewandowski.

The captain of the team admits that if he had foreseen the dire consequences, perhaps other decisions would have been made inside the team before the decisive qualifying matches for Qatar tickets.

– You can say that a wise Pole after the damage. If someone knew how it would all turn out, the decisions might have been different. Now there is nothing to ask, it is too late for that. There is no need to think about it now. We will not fix the mistakes – ends Robert Lewandowski.

David Martin is the lead editor for Spark Chronicles. David has been working as a freelance journalist.
Previous The Witcher: Monster Slayer is still in development. The creators announce new challenges and monsters
Next Star Wars Battlefront 3 will not be built, we know why