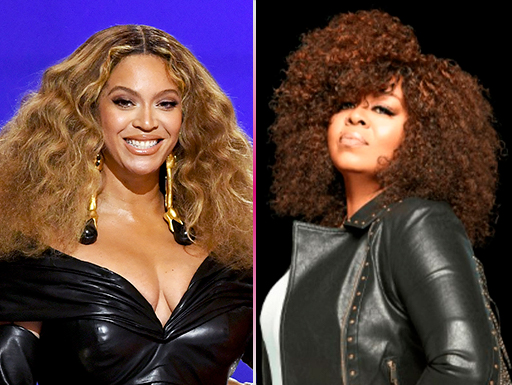 Almost 30 years after the official launch of “Show Me Love”the iconic singer Robin S. returned to people’s lips for having a sample of the 1993 song used in the new single from Beyonce, “Break My Soul”and it’s just thanks.

Used as a sample by many artists, it was even with Beyonce and “Break My Soul” what “Show Me Love” gained new air and the name of Robin S. quickly became one of the most talked about topics on the internet.

In videos uploaded to Good Morning Britain, robin told her that it was her son who warned her about “Break My Soul” and how it was appearing as one of the most talked about topics on the internet.

For the program, she also sends a message of thanks to Beyonce, Jay-Z and the entire music team:

“This is Robin S. and this message goes out to Queen B. herself, Beyoncé, to Jay-Z, to the entire crew… Thank you so much for giving me my flowers while I’m still alive. I’m honored and I’m excited to see what else can happen.”

‘I’m honored and excited to see what else can happen.’

Robin’s song ‘Show Me Love’ is thought to be sampled on Beyonce’s latest single. pic.twitter.com/za24JEg9Bj

Of course, appearing as a sample of the music that starts a new era in Beyonce it’s great, but Robin S. dream of more.

In one of the clips of the video sent to Good Morning Britain, the iconic singer revealed that collaborating on a song with Queen B “is always a dream”.

with production of The-Dream, “Break My Soul” still has the voice of Big Freediawith sample of the track “explodes“, released by the artist in 2014. The new song is the first single from the upcoming album by Beyonceentitled “ACT I | RENAISSANCE”which will be released on July 29.

Videogames entered his life in the late '80s, at the time of the first meeting with Super Mario Bros, and even today they make it a permanent part, after almost 30 years. Pros and defects: he manages to finish Super Mario Bros in less than 5 minutes but he has never finished Final Fight with a credit ... he's still trying.
Previous resumed at the start for the new film by Aldo, Giovanni and Giacomo
Next Léa Seydoux will be Lady Margot in Dune 2