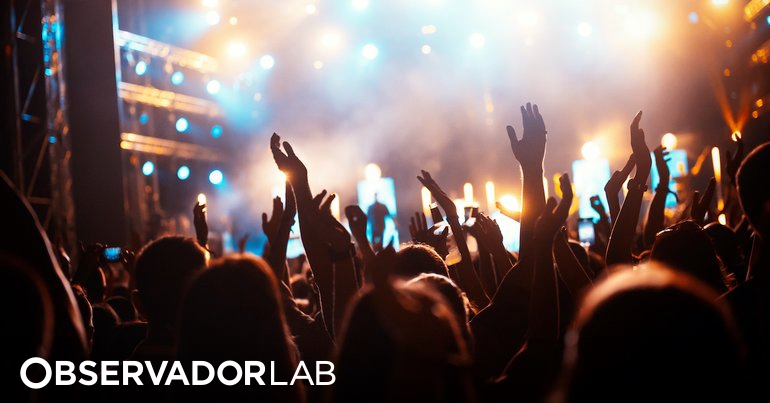 There would be no Rock in Rio Lisbon without Rock in Rio, Rio de Janeiro, by the way. And if the first edition was a success, it was due to an artist who didn’t even take the stage, Frank Sinatra. Before Rock in Rio opened, Roberto Medina had organized a historic concert at the Maracanã stadium, with Sinatra on stage and 175,000 fans in the stands and on the pitch. When he launched the project, Medina traveled to the United States and asked the singer to help him promote it to the bands. He did so and, free of charge, attended an event that helped sell the success of Rock in Rio. Ozzy Osbourne and the Queen were convinced. Other strong names did not take long to join the poster. It would, however, be a Brazilian artist to have the honor of debuting on the main stage: Ney Matogrosso.

Rock in Rio arrived in Lisbon in 2004. Roberto Medina discovered Parque da Bela Vista, fell in love with it and commissioned his daughter Roberta to create the City of Rock and the festival there for the first time outside Brazil. She did. But before the premiere there was a preview. On May 28, in a kind of day zero of this edition, Paul McCartney played for the first time in Portugal, thus inaugurating the Mundo Stage. And, of course, he took the opportunity to tell the story of “Yesterday”, one of the biggest hits of the Beatles, whose lyrics were written on May 27, 1965, on a trip between Lisbon and Albufeira.

It was, perhaps, the most popular concert of Rock in Rio Lisboa 2008. But not for the best reasons. After demanding, at the last minute, a red nail polish – which the organization would end up disenchanting in the dressing room of another of the artists of that day, Ivete Sangalo –, Amy Winehouse entered the stage more than half an hour late and visibly altered. In the concert, which lasted only 50 minutes, she even risked a few dance steps that almost resulted in a fall, were it not for the prompt action of one of her band members. This band, displaying a remarkable professionalism, made the concert the best show possible, trying to fill the gaps in the artist’s voice (and not only).

Rio de Janeiro, September 23, 2011, Friday. Katy Perry on stage, 100,000 in attendance. One of them, Júlio Salvo, who will never forget this concert. Because, among the crowd, it was Júlio that the American singer decided to choose to, in her words, “taste a Brazilian boy”. Júlio de Sorocaba — that’s how he introduced himself, referring to his homeland — went up to the stage bare-chested, exchanged a few lewd looks with the artist and received a kiss. He immediately became the figure of the festival. His life changed: he stopped being a computer technician and started working as a photographer. Years later, he would be with Katy Perry again, having been invited to the premiere of his film in Brazil.

Mick Jagger and Bruce Springsteen arranged everything between them in the lobby of the hotel where they were both staying. The organization only learned on the day of the Rolling Stones concert, at Rock in Rio 2014, that Boss would take the stage to sing “Tumblin’ Dice” with the mythical British band. And so it happened: two of the greatest figures in rock history together on the World Stage, in a unique moment, witnessed live by another important figure, former American President Bill Clinton…

The 2022 edition of Rock in Rio Lisboa takes place on June 18, 19, 25 and 26, as usual, at Parque da Belavista, in Lisbon. And this time, Piscapisca.pt, the biggest search engine for buying and selling used cars, will also be there with the PiscaPisca Fun’N’Roll Ferris wheel.

Videogames entered his life in the late '80s, at the time of the first meeting with Super Mario Bros, and even today they make it a permanent part, after almost 30 years. Pros and defects: he manages to finish Super Mario Bros in less than 5 minutes but he has never finished Final Fight with a credit ... he's still trying.
Previous Marvel’s MODOK canceled after only one season
Next Lo Scalo Restaurant: “Set between the rock and the sea of ​​Salento, it is the most loved location by VIPs from all over the world”