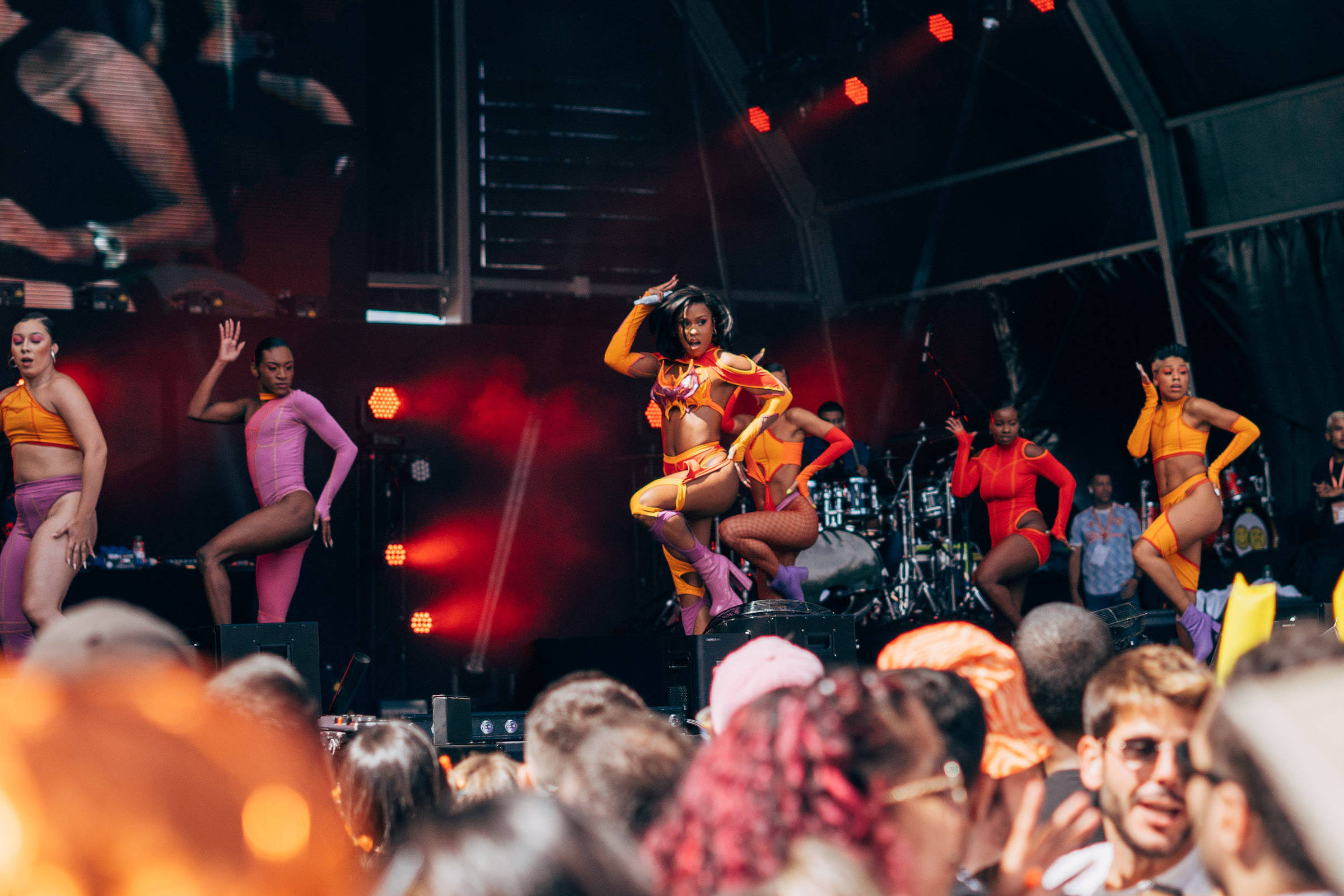 A few meters from where the Brazilian with a Portuguese family Mar.iana sang a potpourri of international hits like “Save Your Tears”, by The Weeknd and Ariana Grande and “Sweater Weather”, by The Neighborhood, the funk singer Rebecca – this well known by Brazilians — inaugurated the list of highly anticipated attractions on the last day of this edition of Rock in Rio Lisboa, with a more lively and participatory public than on Saturday (25).

With a pop star vibe, ballet and colorful costumes —but also a sound below what is needed to handle the bass beats of funk — the Brazilian showed where the R$250,000 she said she had invested in her participation in the Lusitanian festival was spent.

A sequence of collaborations with artists such as Kevin O Chris, WC no Beat, Karol Conká, Dulce María and Angolan Anselmo Ralph, who the funk singer took to the stage, conducted the show for Rebecca, who was emotional. “We broke many barriers to get here and I am very happy. You are part of the story of my life”, she said.

Before singing “A Coisa Tá Preta”, a collaboration he launched with Elza Soares in 2020, the stage screen showed a man talking about ancestry. “Forget everything you’ve been told in movies, books, newspapers. You are children of kings and queens, creators of architecture, mathematics, religion,” the message read.

From the audience, the public led a chorus cursing President Jair Bolsonaro (PL). Rebecca laughed and joked about the situation. “I love you guys too, I know you liked my outfit.” She even wrapped herself around a flag that was half LGBTQIA+ and half Brazil.

The second half of the show was the most lively, with DJ Diego from Brasília, who accompanied the singer on the show, splicing a series of Brazilian funk hits — a format similar to what Anitta did in her show at the Coachella festival. “Baile de Favela”, by MC João and “Boladona”, by Tati Quebra Barraco, for example, were sung by the public.

The carioca left her biggest hits, the ones with more explicit lyrics, for the end of the show. It was a sequel to “Coça de Xereca”, “Cai de Boca” and “Sento com Talento” enhanced with a remix of Khia’s “My Neck, My Back”. She ended the show with her collaboration with Anitta, “Combatchy”, asking the audience to see her friend, who plays on the Mundo Stage later this Sunday.

On a smaller stage, but also full, Johnny Hooker gave an equally lively show, which went through the first hits of his career, such as “Alma Sebosa” and “Caetano Veloso”, and songs from his album this year, “Ørgia”, such as “Cuba”.

Hooker, who has always taken social and political agendas to the stage, dedicated “Marginal Love”, which he wrote at age 15, to his friend André, who died at age 33 of Covid-19.

Like the group Francisco, el Hombre, who performed on the same stage this Saturday (26), the Pernambuco-born spoke about the Bolsonaro government. “This murderous government delayed the arrival of vaccines in Brazil and because of that my friend died,” he said, as the audience cursed the president. “It’s for everyone that we lost in the pandemic, because of this genocidal government. Let’s do justice for your names, let’s not forget you.”

Before ending his show with “Flutua”, which talks about LGBTQIA+ love, he also took a towel with Lula’s face — identical to the one that caused controversy at Lollapalooza earlier this year — and waved it on stage.

“We may have been born in a country that swore us to death, but we survive. No one has control over our bodies, no one will be able to tell us how to love,” he said.

The journalist traveled at the invitation of Rock in Rio Lisbon

Videogames entered his life in the late '80s, at the time of the first meeting with Super Mario Bros, and even today they make it a permanent part, after almost 30 years. Pros and defects: he manages to finish Super Mario Bros in less than 5 minutes but he has never finished Final Fight with a credit ... he's still trying.
Previous Cristiano Ronaldo enjoys his last days of vacation on the island of Mallorca with his family
Next Emma Raducanu is looking forward to bowing down on center court as Wimbledon starts on Monday