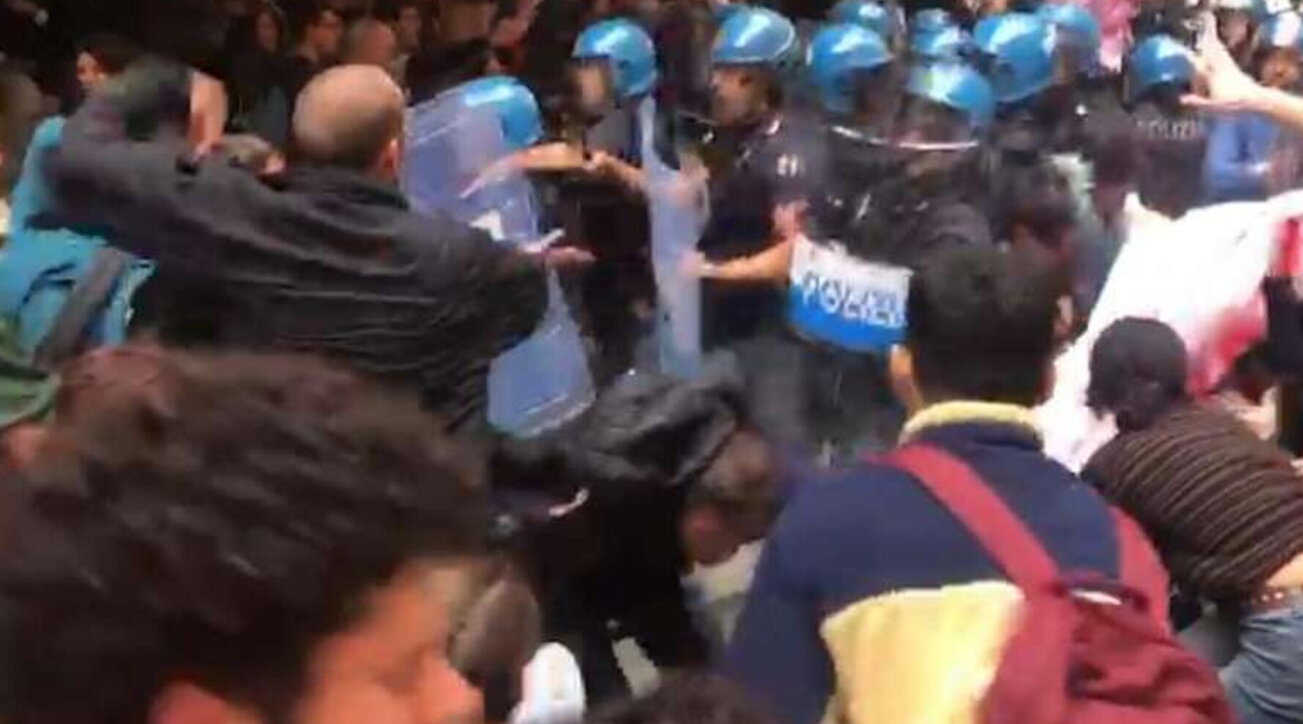 Student sit-in, protester identified – The Facebook page of “La Sapienza Collective Coordination” published images of police officers in riot gear against “unarmed” and “unarmed” young people.2 According to the report, several of them reported “head injuries, arms and legs “. The conference was organized by Action Universitaria, acronym for right-wing students, and the appointment was also expected to include exponents of the Brothers of Italy. The members of the collective staged a protest sit-in organized in front of the Faculty of Sciences policies from the communist youth organization Changing course and anti-fascist collectives against the visit of Daniele Capezzone and FdI deputy Fabio Roscani, invited to a conference on “good capitalism.” Among the young people who joined the protest, one was identified: it seems who brandished an auction against the police.

Communist youth front: police and charges against students – The Communist Youth Front accused: “The response of Sapienza was not long in coming. Gates barred, police cordon, charges and stops, this is the response to the mobilization of students on the day when a conference is organized in the presence of representatives of the government with a protest from the students “.

And again: “The attitude of the administration is nothing short of shameful: in a university where space is lacking, with ever higher taxes and economic barriers for students of the popular strata, Sapienza thinks of organizing conferences with government representatives, pro-life and anti-abortionists. A university that trudges students and rolls out the red carpet to reactionaries is a university that is openly in favor of repression and reaction. It is evident that for the current administration, which has not spared not even to compliment Giorgia Meloni on her election, these are the priorities. Unacceptable and shameful: Wisdom immediately condemns what happened “.

The rector: “No to all forms of violence” – The rector of the University Antonella Polimeni said: “The University must be a place where we study, where we grow, where we must meet and confront each other, but not physically clash. We condemn all forms of violence and guarantee, to each individual acting according to constitutional principles, the right to freely express their opinions while respecting the plurality of ideas “. 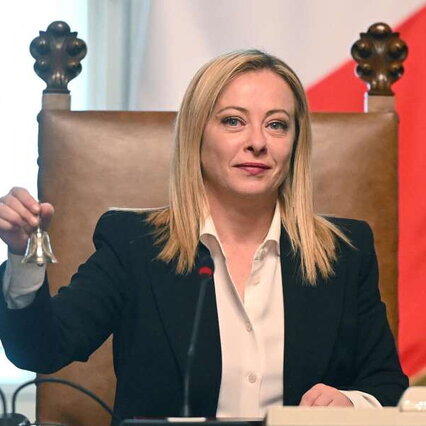 Bernini: “Freedom of speech is not one way” – On the case, the Minister of the University Anna Maria Bernini said: “Freedom of speech is not a one-way street. Whoever inhibits the manifestation of other people’s thoughts does not communicate, prevails. What happened at La Sapienza is exactly what should not happen. in any context and even less in the places of knowledge where the values ​​of freedom, confrontation and dialogue are cultivated. The universities, the classrooms, must be spaces for formation and construction. I express my support to the rector and my encouragement to all students to cultivate and defend their ideas with the power of speech, not aggression “.

Minister Piantedosi: “Police avoided an assault” – According to the new Minister of the Interior Matteo Piantedosi, commenting on the protests at the La Sapienza University, “the police made sure that an authorized demonstration, the one that was taking place within the Sapienza, took place freely”. And to those who observed that the students had been beaten, he replied: “No, the police made sure that there was no assault on an initiative that was taking place regularly.”

Videogames entered his life in the late '80s, at the time of the first meeting with Super Mario Bros, and even today they make it a permanent part, after almost 30 years. Pros and defects: he manages to finish Super Mario Bros in less than 5 minutes but he has never finished Final Fight with a credit ... he's still trying.
Previous Manchester United, Ronaldo is back in the group: face to face with Ten Hag, but the market does not move | First page
Next Trend Summer 2022, the light Mango dress by Sienna Miller