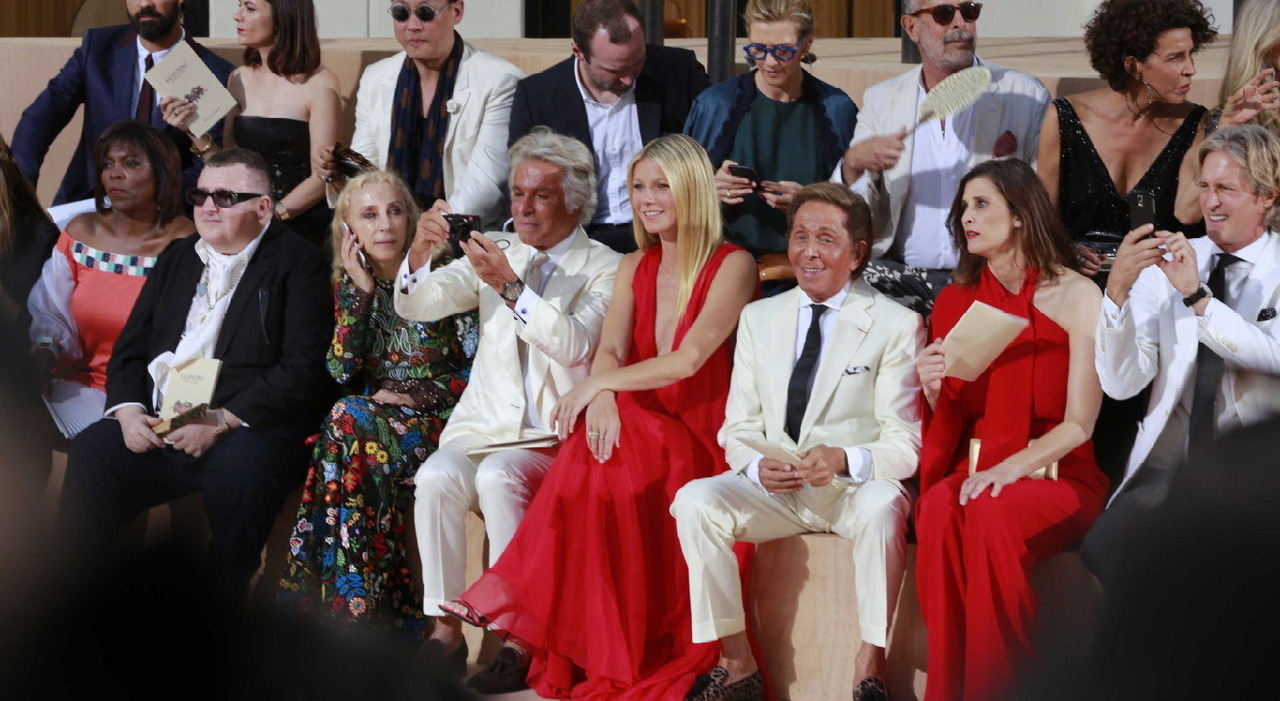 Put a summer evening in Piazza di Spagnaadd the spectacle of a high fashion catwalk conceived as a “promenade“That from the terrace of Trinità dei Monti descends along the steps, goes around the Barcaccia and then reaches Piazza Mignanelli, and embellishes with a gala party from a thousand and one nights to Caracalla’s thermal baths to toast with international celebrities. Here it is long Valentino party in Rome which will be staged next July 8.

And preparations are in full swing in the salons and tailoring ateliers of piazza Mignanelli, under the brilliant direction of Pierpaolo Piccioli, creative director of the historic Maison. The event will be presented on Monday in the Capitol with the mayor Roberto Gualtieri to do the honors together with the councilor for major events and fashion Alessandro Onorato alongside CEO Valentino Jacopo Venturini and of the same Pierpaolo Piccioli.

THE MUSE OF ALMODOVAR

Guest star of the meeting, the Spanish actress Rossy de Palma, fetish artist of the great director Pedro Almodovar, who plays a key role in the Roman event as the testimonial of a charity campaign wanted by the fashion house. And it could also give an exploit on the catwalk. What is certain is that Valentino is ready to take back his Roman stage under the stars. From the conquest of (all) Piazza di Spagna for a widespread show of haute couture, up to the long night at the Imperial Baths. If for the Fall / Winter 2022-23 fashion show, conceived by Piccioli as “a tribute to Valentino’s roots and to what the brand represents today”, well over 700 people are expected, the dinner party in the moonlight brings large thermal classrooms a highly selected parterre of highly glamorous guests.

Expected, among the many names that circulate, Zendaya, Anne Hathaway, Ben Stiller, Gwyneth Paltrow, Tilda Swinton. Without forgetting the great protagonists of Italian cinema. What is certain is that the show will be unprecedented for its monumentality. More than the glories of 2008 in the Santo Spirito in Sassia complex, more than the triumphs of 2015 when the stage was only (so to speak) Piazza Mignanelli. But even more spectacular than the editions of “Donna sotto le stelle”. The models will appear in the shadow of the Sallustian Obelisk, and from the terrace of Trinità dei Monti they will go down the entire eighteenth-century staircase by Francesco De Sanctis, they will go around the fountain of Bernini’s Barcaccia, to continue towards Piazza Mignanelli.

THE CHALLENGE OF THE NEW FORMAT

A long walk to the Spanish Steps. We speak of a “hub “backstage operational even set up in the spaces of the French school on Viale Trinità dei Monti. As the experts comment, Valentino’s “promenade” catwalk is intended to be a revolution: the Maison aims to reinvent the format of the show that goes beyond a classical conception to propose a sort of walk in Rome, as if it were an invitation also addressed to the public and to tourists to bring attention to these places, teaching a renewed way of looking at them and living them. And maybe respect them. A (civil) challenge not just for Valentino. Not only. To attend the fashion show, in the audience, the Maison also invited the fashion schools of the capital with a view to involving the whole city.

It is no coincidence that Pierpaolo Piccioli was born as a talent from the Academy of fashion and costume in Rome and in his choice we perceive all the will to reaffirm his link with the Roman school. The super setting up will start in early July. The show will not only be fashion but also show. It is no coincidence that a rock / pop star still top secret is expected. Everything is still super armored. And after Valentino’s sumptuous and magical tourbillon, the leitmotif of high fashion will continue to animate the capital once again. With another story. The inaugural parade is expected on 12 July in Piazza del Campidoglio in Alta Roma.

David Martin is the lead editor for Spark Chronicles. David has been working as a freelance journalist.
Previous Billie Eilish admits to using a stunt double at her Coachella 2022 show
Next Ariana Harwicz enters an abuser’s mind to expose social ruin