Over one hundred people attended the official presentation of the Cure Rtd Italia association on 23 September, hosted at the Grand Hotel in Castrocaro, animated by the presence of DJ Davide Castagnoli and singer Sonia Davis. The event was organized with the aim of raising awareness of the association and raising funds for research on the rare Brown-Vialetto-Van Laere syndrome, also called Rtd, “Riboflavin Transporter Deficiency” (deficiency of the riboflavin transporter). It is a very rare genetic neurodegenerative disease, which affects motor and sensory nerve cells and gradually causes them to deteriorate, leading to widespread weakness, muscle atrophy and depriving people of the ability to hear, see, move, walk, eat and breathe. Despite the physically devastating effects of the disease, intellectual and cognitive abilities remain intact.

The evening began with the presentation by the parents of Chiara, suffering from Rtd, who briefly illustrated the disease and talked about the American Foundation (Cure Rtd) which since 2017 has been studying and funding research projects for the treatment of this syndrome: new therapeutic drugs and gene therapy. They then explained that the association was formed to represent Cure Rtd in Italy, where research is at the forefront of the world (at the Bambin Gesù hospital in Rome, the Aldo Moro University of Bari, the University of Calabria) with the aim of raising funds necessary for further progress in the search for new therapies and to make known this disease which, being very rare, is little known even to doctors.

There was no shortage of thanks to the researchers, to all the people and organizations involved. A “sincere thanks” was addressed to the “Soul Brothers Company” musical cultural association, which actively collaborates with Cure Rtd Italia and to “all those who finance research projects with their donations”. Two researchers who are part of the medical and scientific council of the American Foundation also intervened, Prof. Maria Barile (Aldo Moro University of Bari), who deals with the metabolism of Riboflavin and Professor Cesare Indiveri (University of Calabria) expert in membrane transporters. Certainly the most touching moment was the one in which Chiara spoke and spoke of her illness, exposing with clarity and a lot of strength, the difficulties that accompany her life. 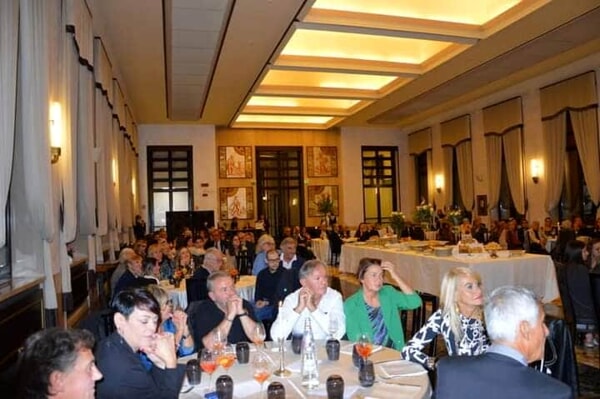 In the photo the participants of the evening

Videogames entered his life in the late '80s, at the time of the first meeting with Super Mario Bros, and even today they make it a permanent part, after almost 30 years. Pros and defects: he manages to finish Super Mario Bros in less than 5 minutes but he has never finished Final Fight with a credit ... he's still trying.
Previous That ’90s Show: Mila Kunis disagrees with the writers’ choices | TV
Next Trouble hearing calls on iPhone? There are some tricks to solve