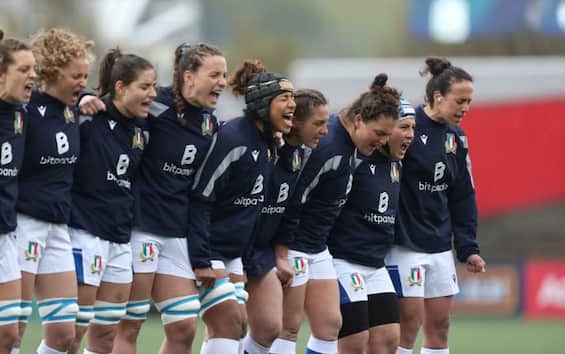 Everything is decided in the match of 15:15 in Bayonne between France and England: who wins, wins the tournament and the Grand Slam. First super Saturday match for Italy in Cardiff against the hosts of Wales and closing in Belfast for Ireland-Scotland

The Six Nations 2022 closes tomorrow, with the conclusion of the women’s tournament that will sanction the third winning team. Will it be an encore for France, after the success in the men’s tournament, or after the victory of Ireland in the under 20, will we see three different winners with the affirmation of England? Eighty minutes and the response from the field will arrive in a super Saturday in pink that will open with our Azzurre engaged at 13 in Cardiff against Wales, in an attempt to obtain the second positive result after that of last Saturday against Scotland in Parma.

The decisive match between France and England will be played at 3.15 pm at the Stade Jean Dauger in Bayonne, which has long since sold out in all places. Consolidated teams and with few variations compared to the latest releases.

France are back from the best game of their tournament, which they won 5-33 against Wales.

The key player continues to be the midfielder Laure Sansus, author of 6 goals in this edition and one of the main candidates for the title of best in the Six Nations this year. Caroline Drouin returns with her in the queen’s cabin, while Jessy Trémoulière – best scorer of the event with 32 points – sits back on the bench. The other of the two changes proposed by Annick Hayraud concerns the scrum with the inclusion in the second row of Audrey Forlani.

Out of Hunter, band in Scarratt

England, on the other hand, comes from a 69-0 victory over Ireland at Welford Road. Match that established the new record for the English public, with almost 16 thousand present in the legendary Leicester Tigers stadium, but with a wider result than the real value on the field suggests, especially in the first portion of the game in which the Girls on the green they put up a solid and proud resistance to an overly frenetic and nervous home team. Emily Scarratt, after the great joy and satisfaction of the 100 caps won right in her hometown, will have the rank of captain in the final challenge, due to the rib injury that forced Sarah Hunter to stop.

In its place, in the only necessary change, there will be Poppy Cleall, who has managed to recover from the muscle injury suffered in the calf. Fiftieth presence, after Leanne Infante against Ireland, for the third row Alex Matthews, while Simon Middleton has decided to bring a bench with six forwards and two backs, leaving out veteran Amber Reed and promoting Sadia Kabeya and Sarah Beckett.

The formations for the final challenge

The closing match at the Kingspan Stadium in Belfast completes the picture of the day, the now former Ravenhill who returns to host a women’s match after the 2017 World Cup, between Ireland and Scotland. Ireland looking for an encore after Cork’s success against Italy, but forced to give up some of its strongest athletes, engaged in the Canadian stage of Langford in the Seven Series, with the aim of qualifying for the World Championships in Cape Town in September , after the second place obtained in January in Seville. Eimear Considine, injured, will also be missing, while Greg McWilliams will be able to recover Sam Monaghan, best of the match against the Azzurre, and Sene Naoupu, sent off against England but who was deemed free to play by the judicial commission that intervened this week. No change, however, in the starting XV of Scotland which, despite the good performances, has so far collected only 2 bonus points against Wales and Italy and which therefore still chases the first victory of the season, the second ever abroad in the tournament after the only one so far obtained against Ireland in Dublin in 2018. The couple of experience centers constituted by Lisa Thomson and Helen Nelson with Sarah Law at the opening confirmed. Out Jenny Maxwell, hit hard in last week’s match, on the bench are Mairi McDonald, Emma Orr and Eva Donaldson.

The starting XV for the Belfast challenge

David Martin is the lead editor for Spark Chronicles. David has been working as a freelance journalist.
Previous Justin Bieber and Hailey are clicked in a romantic moment – Who
Next 3 Times Taylor Swift Tried for a Movie Career