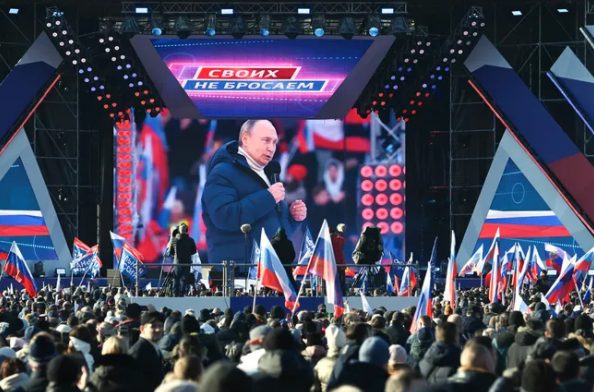 Russia leaves the Council of Europe, what it means and what consequences there will be

Russia has decided to leave the Council of Europe, according to Foreign Minister Lavrov “the course of events has become irreversible” and “NATO and EU countries are trying to transform the oldest European organization into another place to exalt mantras of the supremacy and narcissism of the West “.

Russia has left the Council of Europe. What does it mean? And what are the consequences for other European countries? Let’s start by taking a step back: Russia leaves the Council of Europe about two weeks after its suspension. Indeed, immediately after the invasion of Ukraine, the Committee of Ministers had decided to suspend, with immediate effect, the Russian Federation from its rights of representation in the same committee and in the Parliamentary Assembly: “Today’s decision means that Russia remains a member of the Council of Europe and a party to its conventions, including the European Convention on Human Rights – reads the press release issued on 25 February – The suspension is not a definitive measure but a temporary one, leaving the channels of communication open“.

The communication channels, however, Russia wanted to shut down: “The course of events has become irreversible – reads a note by the Foreign Minister of the Kremlin, Serghei Lavrov, issued by TASS – and Russia has no intention of putting up with the subversive actions undertaken by the West, which pushes for a rule-based order and the replacement of international law trampled by the United States and its satellites“. And again, according to Lavrov, the hostile behavior of European countries and NATO is leading to”destruction of the Council of Europe and of the legal and humanitarian space in Europe“.

“Members of the European Union and NATO, who are hostile towards Russia – reads again in the note – they are abusing their absolute majority in the Council of Europe’s Committee of Ministers. Russia will not take part in the attempt by NATO and the EU to transform the oldest European organization into another place where the mantras of Western supremacy and narcissism are exalted. Let them have fun with each other without the company of Russia“.

Ukraine, pediatric hospital destroyed by bombs in Mariupol: “There are dead and wounded, many women”

The symbolic impact of this decision by Russia is very important: the Council of Europe – not to be confused with the European Council, which is part of the EU institutions – has 47 member states and aims to protect human rights, eliminate all discrimination, respect gender equality and freedom of expression. It is no coincidence that it played a fundamental role in the abolition of the death penalty in all the countries that are part of it.

In fact, in this way, Russia comes out of the famous ECHR: the European Convention for the Protection of Human Rights and Fundamental Freedoms. In addition to withdrawing from the Charter to which the member countries adhere. The Council of Europe, among other things, was born in the aftermath of the Second World War. To prevent history from repeating itself.

He likes dogs, pizza and popcorn. Already a fanboy of Nintendo and Sony, but today throws anything. He has collaborated on sites and magazines such as GameBlast, Nintendo World, Hero and Portal Pop, but today is dedicated exclusively to Spark Chronicles.
Previous Twitter launches Tor version of the site, social blocked in Russia – Hi-tech
Next Ukraine-Russia, in Poland the spark that could ignite total war: what could happen