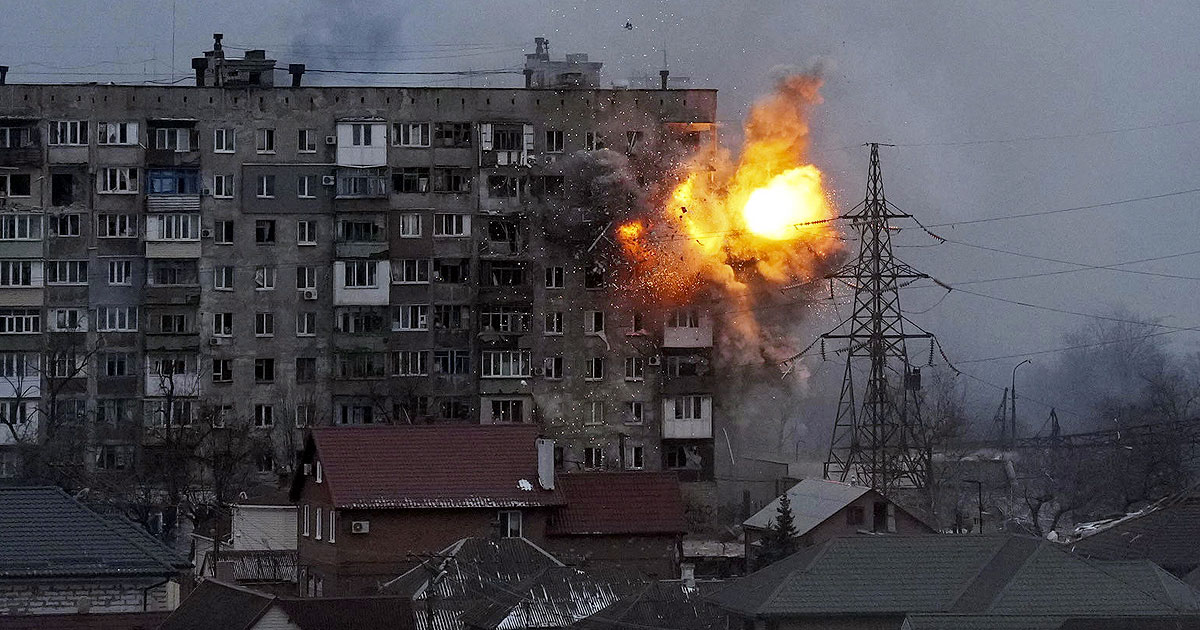 Late at night a tweet from the Aiea (the International Nuclear Energy Agency) took stock of the situation of Ukrainian nuclear power plants which have come under the control of Russian military forces. Regarding security measures, theAiea did it know that the data transmission from Zaporizhzhia it works again, while the data from the plant still does not arrive Chernobyl. Work is underway here to restore the connection to the electricity line and the Russians have made available an additional quantity of fuel for diesel generators so as not to create problems; however, the plant personnel have not yet been able to rest. As for the nuclear power plant in southern Ukraine, however, they continue to encounter problemswith the security data arriving at intermittent.

Zelensky: “The kidnapping of the mayor of Melitopol is a sign of the Russians’ weakness”

The kidnapping of the mayor of Melitopol “Is the sign of the weakness of the invader who has not found support on the our Earth: they counted us and talked for years as in Ukraine they would have welcomed them with joy. Instead they found no collaborators who would hand over the cities and the power and then I moved on to the new level of terrorism, trying to liquidate the legitimate representatives of the government ”. This was stated in a message by the Ukrainian president Volodymyr Zelensky noting that “evidently in Russia during the years of power autocratic people are no longer used to the fact that the mayor is the person chosen by citizens of a specific city “.

New US sanctions on the oligarchs, the family of the spokesman of the Kremlin Peskov also hit

New flurry of American sanctions on Russian oligarchs and the inner circle of Vladimir Putin. Ten members of the board of directors of the VTB bank, twelve members of the Duma and the family of the Kremlin spokesman end up in the sights of the Treasury Dmitry Peskov.

Lukashenko: “If Putin hadn’t attacked Kiev would have done so”

Had Putin not started the invasion of Ukraine, Kiev’s forces would have “attacked” the Russian and Belarusian troops while they were engaged in joint exercises. This was declared today in Moscow by the Belarusian president, Viktor Lukashenko. “Therefore, we did not unleash this war, our conscience is fine,” he continued, during his meeting with the Russian president, according to the transcript of the meeting provided by the Kremlin. “It is good that we have started“, he has declared. “I repeat: they were not only preparing to attack the Donbass, but they also established positions to attack Belarus.” Putin, concluded Lukashenko, “he must not justify himself to anyone “for starting the military offensive.

The announcement of the US Treasury: “Sanctions to Russian entities for supporting North Korea’s missile program”

The United States impose sanctions on three Russian entities and two individuals for their support of the North Korea’s missile program. The American Treasury announces it.

Ukraine, Standard & Poor’s agency cuts Ukraine’s rating to B- / B

The agency Standard & Poor’s it cuts Ukraine’s rating to ‘B- / B’, and puts it under negative creditwatch, thus opening up to further downgrades. “Russia’s military intervention continues to pose significant risks to the economic growth of Ukraineits financial stability and its public accounts “.

Minsk confirms: “The latest generation of weapons will soon come from Moscow”

During the meeting today in Moscow between the Russian president Vladimir Putin and its Belarusian counterpart Alexander Lukashenko “A lot of attention was paid to the development of the defense industry and an agreement was reached for the supply by Russia to the Republic of Belarus of new generation military equipment in the near future”, said the press secretary of the presidency. Belarusian, Natalya Eismontcited by Interfax.

Deputy Prime Minister of Ukraine: “We will try again the evacuation of Mariupol before the eyes of the whole world”

“Mariupol evacuation failed. Tomorrow we will try again, in front of the eyes of the whole world, there will be media and priests“. The deputy prime minister and minister for the reintegration of temporarily occupied territories said this, Irina Vereshchuk, in a video in which he took stock of the results achieved today along the various humanitarian corridors. “It was not possible to evacuate and deliver aid from Izuym due to an attack by the Russians on the column of buses that were going to the city to pick up civilians. Buses in the Kiev region and in the cities of Mykolychyn and Andriivka were also stopped by Russian checkpoints, which said they were not ordered to let them pass, despite the fact that these guidelines were also confirmed by the Red Cross. Instead we managed to evacuate over 1000 people today from Bucha, Hostomel, Vorsel and tomorrow we will continue“.

Media: “Russia in the near future weapons of the latest generation to neighboring Belarus”

Russia will deliver in the near future latest generation weapons to neighboring Belarus. This is what emerged after a meeting in the Kremlin between the Russian president Vladimir Putin and its Belarusian counterpart Alexander Lukashenko, according to Sky News. The two leaders also agreed on mutual support following the sanctions imposed by the West after the Russian invasion of Ukraine. However, no further details emerged.

The US: “Whoever goes to Ukraine risks capture or death”

The US State Department has warned that all citizens who will travel to Ukraine, including those who will take part in the fighting, they run a very real risk of being caught or killed. In a press briefing, the spokesman, Ned Price, further stressed that Washington “may not be able to arrange evacuation”Of Americans from Ukraine in case it was necessary.

He likes dogs, pizza and popcorn. Already a fanboy of Nintendo and Sony, but today throws anything. He has collaborated on sites and magazines such as GameBlast, Nintendo World, Hero and Portal Pop, but today is dedicated exclusively to Spark Chronicles.
Previous Poland, the Constitutional Court against the EU Convention on Human Rights: “It does not comply with the National Charter”
Next 30 UNMISSABLE offers for less than € 25, there is everything

The lists are in the pipeline, for the parties in the electoral campaign it is …