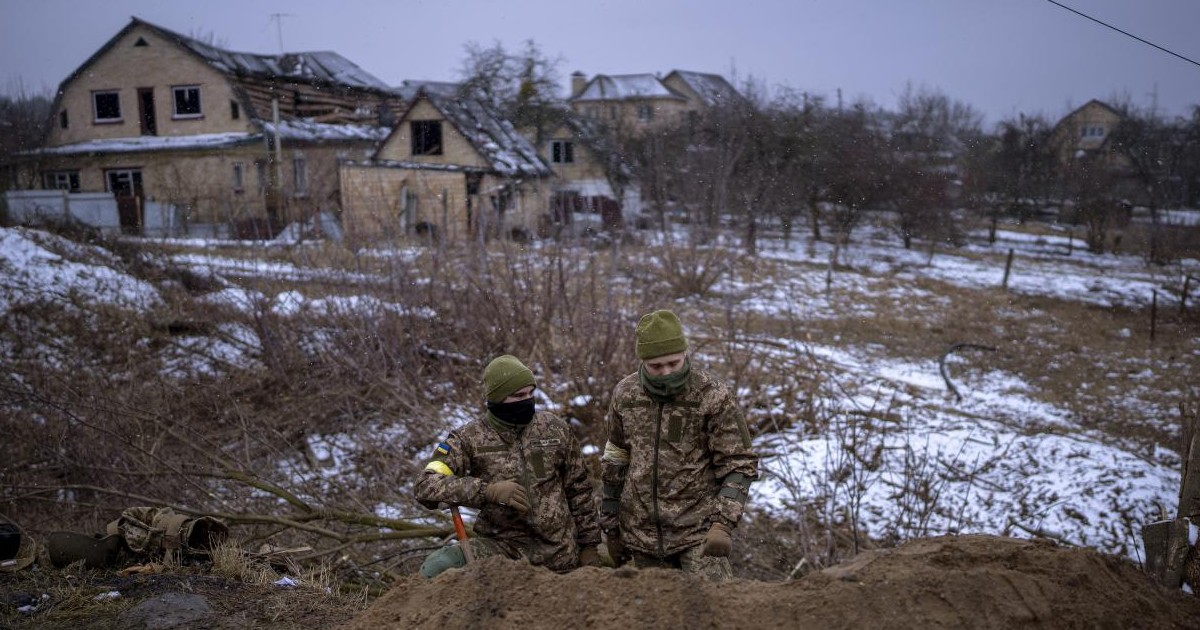 Russia-Ukraine war, the denunciation of the Committee of the mothers of Russian soldiers: “Sent to war without knowing it”

On March 2, Vladimir Putin released its first balance sheet of the war victims: i Russian soldiers remained killed in the invasion of Ukraine it was estimated they were 498the injured 1,597. Yesterday, the Pentagon said through Lieutenant General Scott Berrier, director of the Defense Intelligence Agencythat Russian soldiers who lost their lives in the war – according to American authorities – would be among the 2,000 ei 4,000. Today again Ukrainian authorities they estimate that since February 24 they have been over 12,000 losses in the ranks of Russian soldiers.

It is difficult to do the calculation of losses on the Moscow front, not least because the Russian authorities are trying to conceal it: from the beginning of the war various associations were born that represent families whose children, brothers, husbands are at war. Among the various organizations born, certainly the greatest media coverage was obtained from Soldiers’ Mothers Committeethe Committee of Mothers of Russian Soldiers. Svetlana Golub, one of the referents, told al Guardian that the association was born as an institution to promote the rights of the military but, as soon as the war broke out in Ukraine, the committee became a key contact for soldiers’ families: the organization uses a database with which, by sending requests to officials, he manages to locate the soldiers.

“It’s crazy,” Golub told al Guardian. “We are receiving hundreds and hundreds of calls. A sea of ​​tears. Mothers, fathers, brothers, sisters, wives have not received, since the beginning of the war, any information on the involvement of their loved ones in the conflict “. And he added that many of the military involved they weren’t prepared for the war and that it happens that they are called to the front conscript soldiers and that they are forced to fight.

Many of the Russian military, according to several sources, would have been sent on an unsuspecting mission whether it was a war: always al Guardian Rob Lee, a Russian military expert and former US Marine, said that many soldiers sent to fight were not only completely unprepared for a war, but that they were completely unaware of the mission. The Committee of Mothers of Russian Soldiers he denounced how conscripts were sent to the front with deception or by force: many of them would have been asked to sign a document that changed their status from “conscript” to “professional military” and those who refused were beaten or placed in solitary confinement. Others would have been sent to war without knowing it.

The Committee of Mothers of Russian Soldiersalong with other organizations that take care of military families, presumably respond to aneed of the countryfrightened for his military: so much so that Russian President Putin released a statement last March 7, in which he announced that only professional soldiers were participating in military operations – because in Russia the invasion of Ukraine cannot be defined ” war, ”but it is called a“ military operation ”- and not reservists, substitutes or conscripts.

The announcement was made in a message released on the occasion of Women’s Day, addressed to the mothers, sisters, wives and girlfriends of Russian soldiers: a few days earlier, the Ukrainian Ministry of Defense had declared that the Russian soldiers who were captured would be returned to “Thousands of unfortunate Russian mothers”. “We Ukrainians, unlike Putin’s fascists, do not fight with mothers and their imprisoned children”.

He likes dogs, pizza and popcorn. Already a fanboy of Nintendo and Sony, but today throws anything. He has collaborated on sites and magazines such as GameBlast, Nintendo World, Hero and Portal Pop, but today is dedicated exclusively to Spark Chronicles.
Previous Inter: Brozovic and De Vrij, arranged the instrumental tests. A good sign from the Croatian
Next Napoli is already working for the future