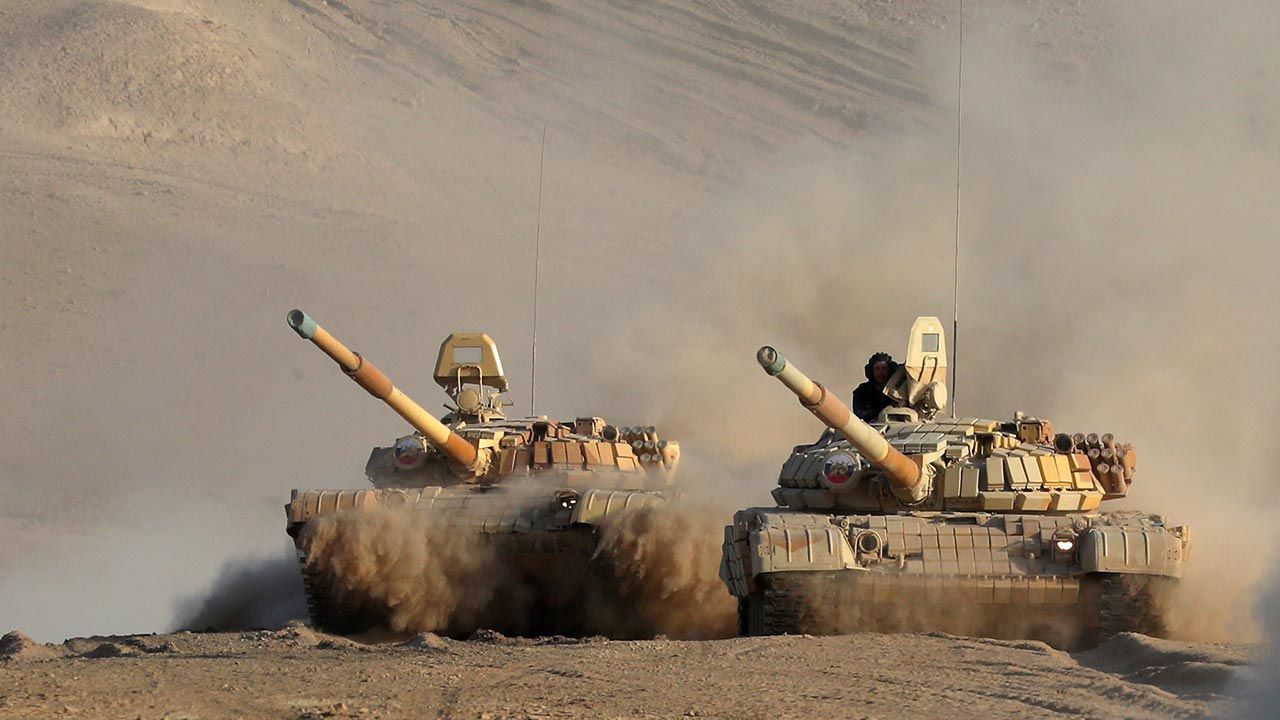 Russia will invade Ukraine. Diplomat: The risk is serious

The risk of an invasion of Ukraine by Russia is serious. States and institutions are working on a list of sanctions against Russia in the event of an attack, also in the case of non-military attacks. The hackers attacking Ukraine are trying to leave “Polish” traces, said the deputy head of the Ministry of Foreign Affairs Marcin Przydacz after the informal meeting of EU foreign ministers in Brest.

Putin strengthened his position thanks to Kazakhstan. “He made the most of the situation”

– One of the main topics of the meeting in Brest was the situation in Ukraine and Russia’s actions around Ukraine. They discussed the current situation in Kazakhstan and EU-China relations, as well as – due to the French presidency – relations with Africa, including Mali – said Minister Przydacz.

– In recent days, Poland has taken part in the sequence of events and talks, and in some of them it had a leading role. NATO-Russia meetings on the situation in the region were held in Brussels for the first time in three years. On Wednesday, Minister Zbigniew Rau presented the priorities of the Polish chairmanship of the OSCE, and held a discussion with partners within this organization on the threats of recent weeks. An informal meeting of foreign ministers of the EU Council was also held in Brest, France, recalled Minister Przydacz, who took part in it.

– The main purpose of these meetings was to bring about a dialogue with the Russian side. In December, Russia handed over a document to NATO and the US that threatened to start a conflict in Ukraine. These demands were rejected at NATO and EU levels. The self-determination of nations and the choice of allies will not be negotiated, stressed the deputy head of the Ministry of Foreign Affairs.

– All partners in the European Union assess the threat posed by Russia in a similar way; the main partner that points to them is the United States with its reconnaissance capabilities. The risk of escalation is very serious, but equally serious are Russia’s preemptive actions, the nature of which we cannot be sure, but will destabilize the situation, such as the Friday hacking attack on Ukrainian institutions and its (Internet) sites where hackers tried to leave “traces of Polish “, Trying to publish a message in Polish,” Przydacz emphasized.

The head of the Ministry of Foreign Affairs will fly to Washington and Moscow. Security in Europe is among the themes

Within the next month, the head of the Ministry of Foreign Affairs and the chairman of the OSCE, Zbigniew Rau, will visit Ukraine, the United States and Russia; in Washington he will meet with …

– Military presence around Ukraine and Ukraine: both in Crimea and in the Donbass are a fact, and Russia rejects the formula of talks in each of the open paths: bilateral talks with the US or in the OSCE led by Poland in Vienna, which increases the risk of an attack on its part . Russia hopes that the West will be scared and will grant certain concessions at the expense of either Ukraine or other countries in the region, the minister noted.

– Poland has worked hard to maintain the unity of the EU towards Russia. This was also the purpose of the active activity of Prime Minister Mateusz Morawiecki: several visits over a period of several days. Even then, these meetings concerned security around Ukraine and in the region, one of the elements of which was the situation on the Polish-Belarusian border. We are convinced that Belarus is coordinating its activities with Russia. Actions on the Polish border were a prelude to destabilizing the situation on NATO’s eastern flank, Przydacz emphasized.

When asked about the results of the US-Russia talks, the Polish minister noted that they were conducted at a high level. They were long and full of meaning, but “Russia’s demands did not match the expectations of the US supported by its NATO allies.”

Videogames entered his life in the late '80s, at the time of the first meeting with Super Mario Bros, and even today they make it a permanent part, after almost 30 years. Pros and defects: he manages to finish Super Mario Bros in less than 5 minutes but he has never finished Final Fight with a credit ... he's still trying.
Previous Legia Warsaw: Mahir Emreli has reached an agreement with the new club
Next Germany. Households as rich as ever