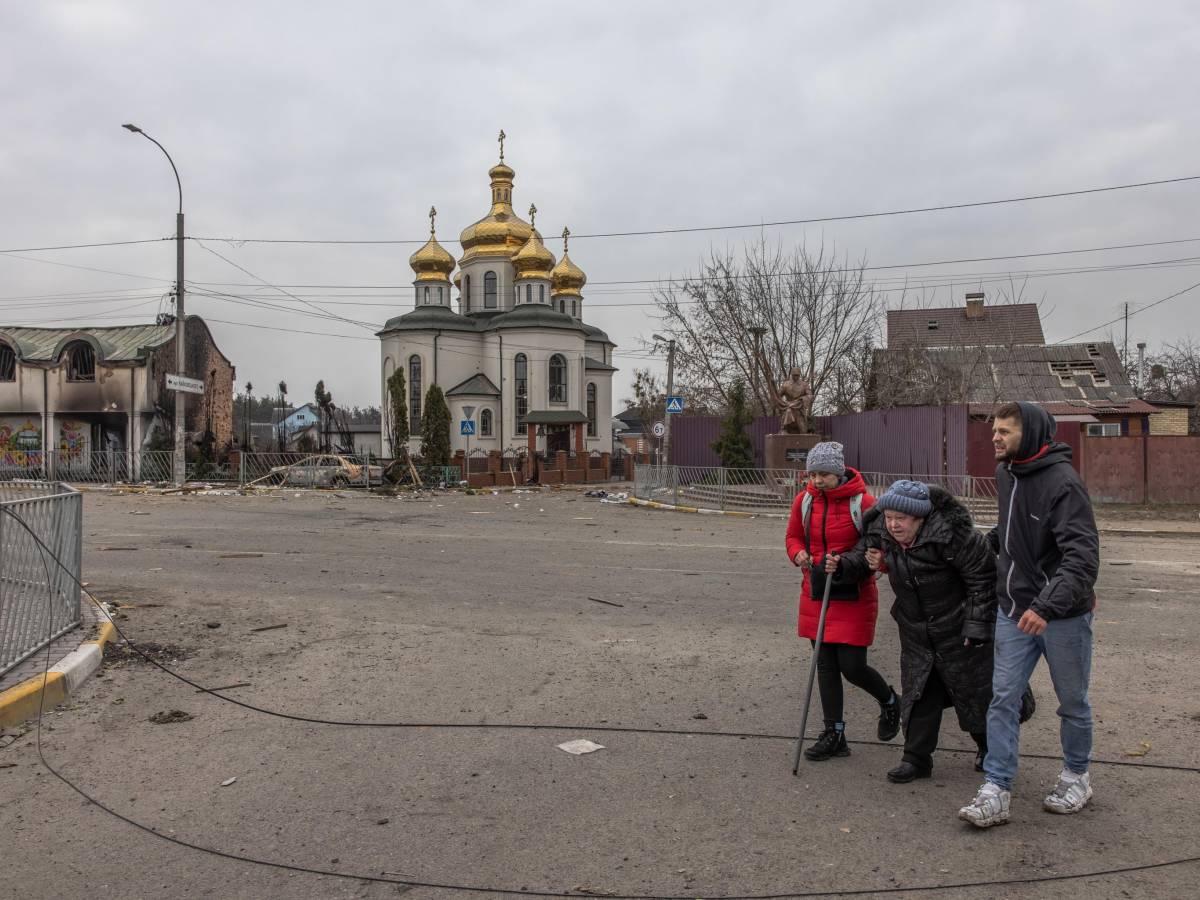 Russian bombs on civilians from the sky: “Children killed in an air raid”

New air strikes and new casualties in Ukraine on the thirteenth night of the war. Intense bombings have affected not only the capital Kiev, but also other cities right now at the forefront of battles between the Russian and Ukrainian armies. The most serious episode happened to Sumyin the north of the country, where ten people, including children, were killed in a bombing.

Hope for a new truce

Last night, as night approached, a new opening on the humanitarian corridors. From Moscow, the defense ministry has announced a ceasefire in four cities: Kiev, Kharkiv, Sumy and Mariupol. The stop to the offensives here should start at 8:00 in Italy, 9:00 in Ukraine. However, there is not much optimism. Russia had established four humanitarian corridors on Monday, but the attempt failed.

According to Kiev, not only would the Russians have continued firing but they would also have established corridors capable of bringing citizens into Russian or Belarusian territory. A circumstance not at all appreciated by the Ukrainian government. From Moscow, on the contrary, the finger was pointed at Kiev, according to the leaders of the Defense of using civilians as human shields.

The outcome of the new local truces is therefore awaited, announced a few hours after the conclusion of the third round of direct talks between Russian and Ukrainian delegates. A meeting in which nothing official was sanctioned and where in the end only “small steps forward” were spoken of precisely on the humanitarian corridors.

The situation in Kiev

While citizens are hoping for the effective implementation of the truces, in the night just passed they nevertheless witnessed new raids and new bombing. Air warning sirens sounded in all neighborhoods for several hours. The explosions, already in the evening, were heard ever closer to the center. Sign of a Russian advance along the west flank capable of exposing Kiev to artillery raids.

There was no news on the pitch. The Russians remain in Irpin, a town of 40,000 inhabitants less than 20 km from the center and a real bridgehead for the future final attack on the capital. Once again the fear then came from heaven. Shortly before midnight, the Ukrainian army announced that it had shot down at least two Russian planes that were trying to carry out new bombings on the city. Once dawn arrived, no further alarms were reported and hopefully in the morning respite.

The most serious episode of the night involved the city of Sumy, also surrounded by Russians for several days. Dmytro Zhyvytskyi, head of the Sumy oblast, said on social media that at least ten people would have died in a bombing carried out on a residential area of ​​the city. “Among the victims – Zhyvytskyi specified – there are also children”. Rescuers are still at work in the area affected by the raids.

Rescuers on site in Sumy following a Russian airstrike. Previous shelling killed 9 people, including two children according to UNIAN pic.twitter.com/WKouZCGfiV

Loud explosions in the middle of the night woke up the citizens of Odessa. The city has been preparing for the eventuality of a battle for days. The Russians advance overland from the east, after the conquest of Kherson and the bombing above Mykolaiv. But they could also advance by sea with an amphibious landing.

It is no coincidence that around 2:00 in the morning the bulk of the bombing hit the port of Odessa. Here, various infrastructures and equipment, both military and civilian, would have been destroyed. Local authorities spoke of injuries as a result of the raids and extensive damage. The beaches around the city have been fortified and partly mined in anticipation of the possible Russian landing.

In the last few hours, the appeal of the bombed cities was once again not lacking Kharkiv. It is the Ukrainian metropolis most battered and targeted by the Russians. L’Aiea, the UN nuclear agency, said that overnight a raid hit a research facility that produces radioisotopes for nuclear medicine. The structure would have been damaged, but fortunately without any leaks of radioactive material. Also in Kharkiv, the Ukrainian army announced the killing in battle around the city of a Russian general: it is about Vitaly Gerasimov45, deputy commander of the 41 / y Russian Army, decorated for operations in the Second Chechen War, in Syria and in the Crimea in 2014. Four civilians were killed last night: these are people whose homes were allegedly hit by raids.

Videogames entered his life in the late '80s, at the time of the first meeting with Super Mario Bros, and even today they make it a permanent part, after almost 30 years. Pros and defects: he manages to finish Super Mario Bros in less than 5 minutes but he has never finished Final Fight with a credit ... he's still trying.
Previous Vicenza wins but the chaos of the shirts breaks out. Red: “I expect an apology from the fans”
Next Been to The Outset? Scarlett Johansson’s skin-care line