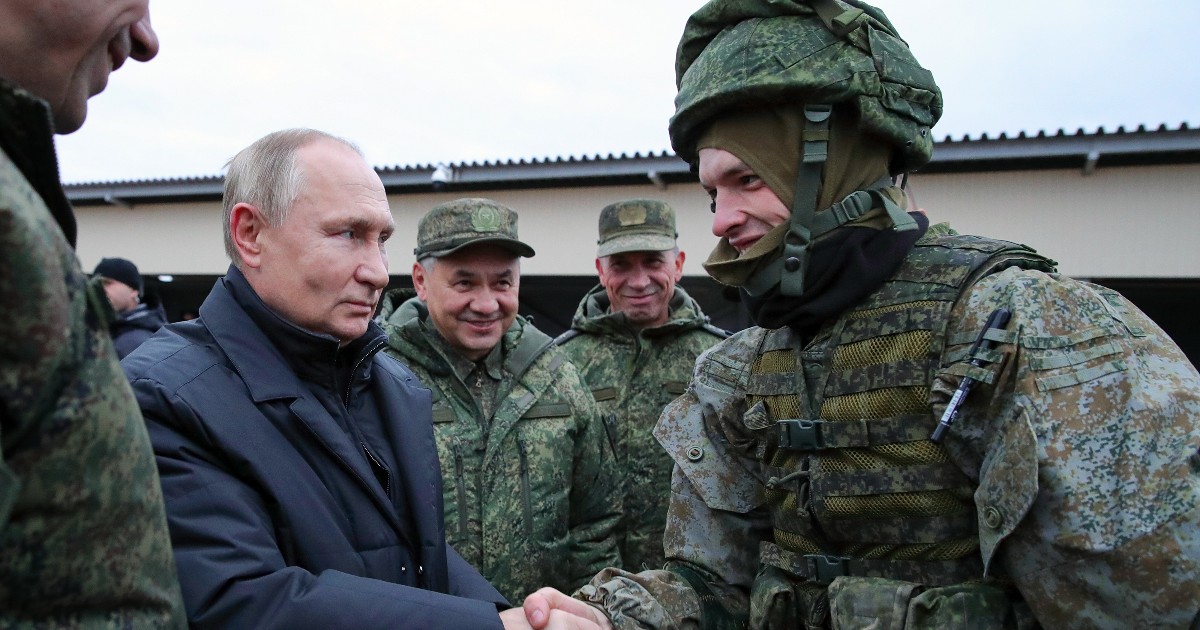 Russian exercise on “a massive nuclear attack”, Putin also present: “Ready to respond in the event of an enemy offensive”

“The risk of a world conflict remains very high”. If these words of Vladimir Putin should not suffice to describe the level of tension between the Russia and the allied blockade ofUkraineMoscow played a big one today exercise which included “A massive nuclear attack” of its strategic forces in response to an eventual “enemy nuclear attack”. A response to a nuclear attack, on paper, but it keeps on the table the atomic option that all parties, at least in words, say they absolutely want to avoid.

This was announced by the Minister of Defense of Moscow, Serghej Shoiguwhich speaks of a successful exercise, given that “all the missiles have achieved their objectives”, as stated in a press release from Kremlin. The test is of strategic, but also symbolic, fundamental importance. It is no coincidence that Putin himself has also decided to take part, having expressed his willingness to use “all available means” to repel attacks against Russian territory, with a clear reference to the country’s nuclear arsenals. The exercises involved the test launch of a land-based ICBM Yars from the northern launch site of Plesetsk and the launch of an ICBM Sineva by a Russian nuclear submarine in Barents Sea. The strategic bombers Tu-95 they also launched cruise missiles as a drill.

This last drill is perhaps the highest point of tension in the atomic crisis since the war began. Since, a few days after the invasion of Ukraine, it was Putin himself who activated the nuclear deterrence system on the border with the country of Volodymyr Zelensky, immediately bringing to the table the issue of the use of a nuclear device. Moscow has always denied the will to use atomic weapons in this war, but has never ruled out the possibility of using them in response to an attack on its territory. Then there was the launch of hypersonic missiles in Ukrainian territory, purely demonstrative acts that were intended to send a message above all to United States and to all other countries that have committed themselves to economic and military support for Kiev. Finally, on the day the exercise took place, Putin again complained about the presence of troops Born in Eastern Europe: “The American military present in Romania they pose a danger to Russia, ”he said. Thus, he has again shown that he is willing to respond by any means available to him.

US, Joe Biden misses the name of the new British prime minister and calls him “Sanook” – Video

Videogames entered his life in the late '80s, at the time of the first meeting with Super Mario Bros, and even today they make it a permanent part, after almost 30 years. Pros and defects: he manages to finish Super Mario Bros in less than 5 minutes but he has never finished Final Fight with a credit ... he's still trying.
Previous “Beyond Allegri’s faults, quality and personality are lacking. Here are the names for a new ds and then the coach”
Next Iman Vallani best young actress in a streaming series