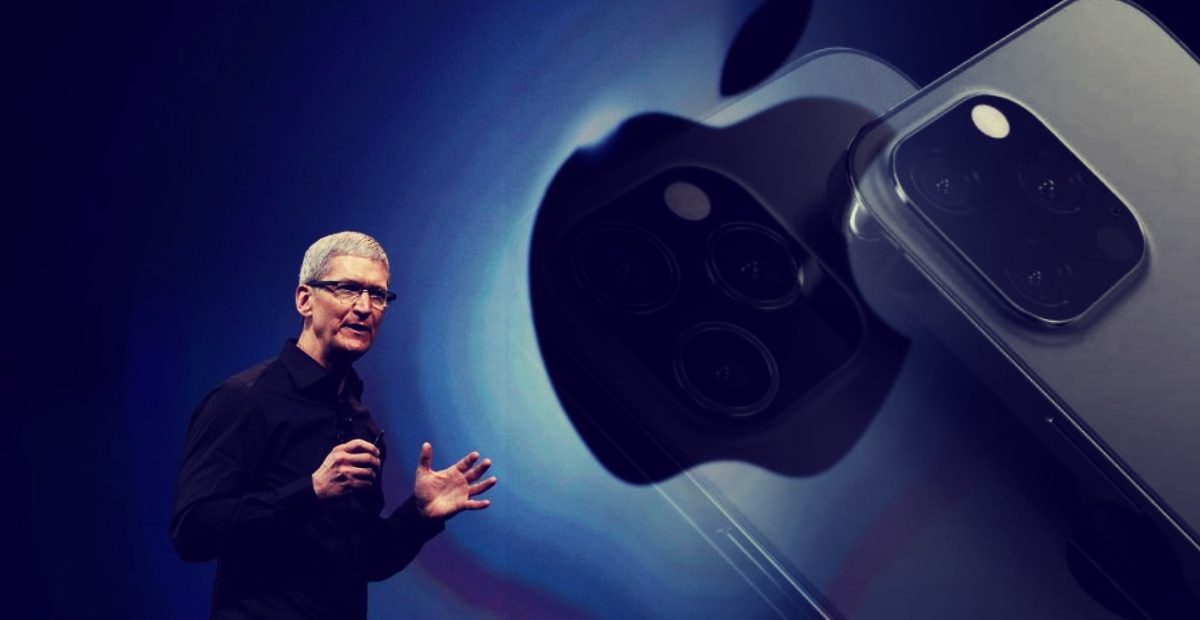 Sales of the iPhone 13 may break records, and Apple is preparing its car and AR devices

The supply chain problem drained several billion of Apple’s revenues in the last quarter. Currently, the company is on track to break its previous sales record over the holiday season with the iPhone 13 Pro, analyzes show. This factor is always a strong impetus for action.

The team at Wedbush points out that “huge demand” in the US and China was a positive sign for iPhone 13 Pro sales. Apple could sell up to 80 million units this quarter, 40 million of which between Black Friday and Christmas. China alone is projected to sell 15 million units. “This would be a record holiday pace for the company, despite the persistent chip shortage limiting the supply of iPhones.” Ives comments.

Record demand for the iPhone 13 Pro

Dan Ives’ team of analysts from Wedbush Securties points to the slowing delivery time of the iPhone 13 Pro and shortages “in many stores”. Apple should sell more than 10 million iPhones during the weekend “Black Friday” sale, analysts count. Waiting time is one of the indicators of the demand for devices. This year, in a world overwhelmed by problems with the supply chain, it affects the waiting time, so you cannot model estimates on this basis as before. iPhone 13 in all versions is already selling better than previous versions of the smartphone.

Analysts at JP Morgan are of a similar opinion: “Apple products are currently in strong demand, even the Chinese market is now showing much higher than expected interest, which is a very good signal for the iPhone 13 series globally and we see more interest than the previous series” – wrote JP Morgan lead analyst Samik Chatterjee.

See also: Cyberpunk 2077, almost a year after its release, is again ranked # 1 in the best-selling games on Steam and gets great ratings

“While problems with supply chains have limited some of Apple’s growth in this huge product cycle that is playing out across the entire hardware ecosystem, we believe that Cupertino’s cumulative demand is still underestimated by investors, and chip problems are, in our opinion, temporary.” wrote Ives.

Ives also says Apple is seeing an impressive demand for AirPods headphones – he says the company could deliver nearly 100 million units in 2022 “with high holiday results and already growing.” He estimates AirPods will account for more than 5% of Apple’s total revenue in next year.

See also: Omikron, a new variant of the coronavirus, is many times more contagious – what do we know about it after the weekend?

Apple has a permanent policy not to comment on unannounced products, and in fact, the company does not disclose any details about AR headsets or glasses. The first reports about Apple’s interest in the AR market were published by The Wall Street Journal in 2017.

Augmented reality AR, i.e. technology that extends digital reality with the world in which we are physically present. Technology more and more often adapted and developed in industry, incl. for employee training or remote machine management, mobline games or the new world of Facebook – Metaverse.

According to analysts from TFI Asset Management led by Ming-Chi Kuo, Apple will introduce the AR headset in the fourth quarter of 2022. “If the AR headset is only positioned as a Mac or iPhone accessory, it will not be conducive to product development.” – he adds. “There is a high probability that the AR headset will work autonomously, which means that it will have its own ecosystem, operating independently without other devices, and in the future it may even replace the smartphone”. The Kuo team tracks Apple’s Asian supply chain. Analysts’ calculations assume the sale of over a billion Apple AR sets within 10 years.

The report did not affect Apple stocks during Friday’s sell-off as the market grew worried about new variants of the coronavirus. Shares fell 2.2%.

iCar – does Apple have an appetite for another sector?

The last storm that broke out on the manufacturer’s shares with an apple in the logo is speculation about the work on the iCar electric car. Bloomberg announced that Apple is accelerating plans to work with an autonomous battery-powered car. This would mean new competition for existing automotive players. For several years, rumors of a secret iCar project codenamed “Titan” have been circulating regularly, according to leaks from The Wall Street Journal.

Apple does not comment and no one knows whether Apple will actually produce its own car from scratch or connect with some manufacturer and whether the car can actually hit the market. Only in 2017, Tim Cook in one of the interviews suggested working on an autonomous driving platform.

“We still think it’s a question of when, not whether, Apple will enter the EV race, and that will be a big catalyst for stock growth.” Wedbush analyst Dan Ives wrote in response to the news. According to analysts’ calculations, the iCar product is USD 500 billion to market capitalization. Even if only Apple only got a fraction of the EV market. Then there is the question of full self driving. Supposedly, that would be Apple’s edge in entering the market. However, fully autonomous consumer cars will not be ready for years.

Gary Black, managing partner of Future Fund Active ETF (FFND), is skeptical about the Apple car. “The idea is complete nonsense” – he said in an interview.

“The brand tries to extend into categories where it does not have sufficient competences”. Interestingly, Gary is also Tesla’s bull and added that the idea of ​​a Tesla phone is just as stupid as an Apple car. Time will tell if Black is right.

See also: The Uber and Hertz alliance is the beginning of the development of RoboTaxi, of which Tesla is an important element

He likes dogs, pizza and popcorn. Already a fanboy of Nintendo and Sony, but today throws anything. He has collaborated on sites and magazines such as GameBlast, Nintendo World, Hero and Portal Pop, but today is dedicated exclusively to Spark Chronicles.
Previous Coronavirus, omicron. USA – CDC urges Americans to avoid traveling to Poland
Next Health 2022: a new title to insurance and a new group exempt from ZUS contributions