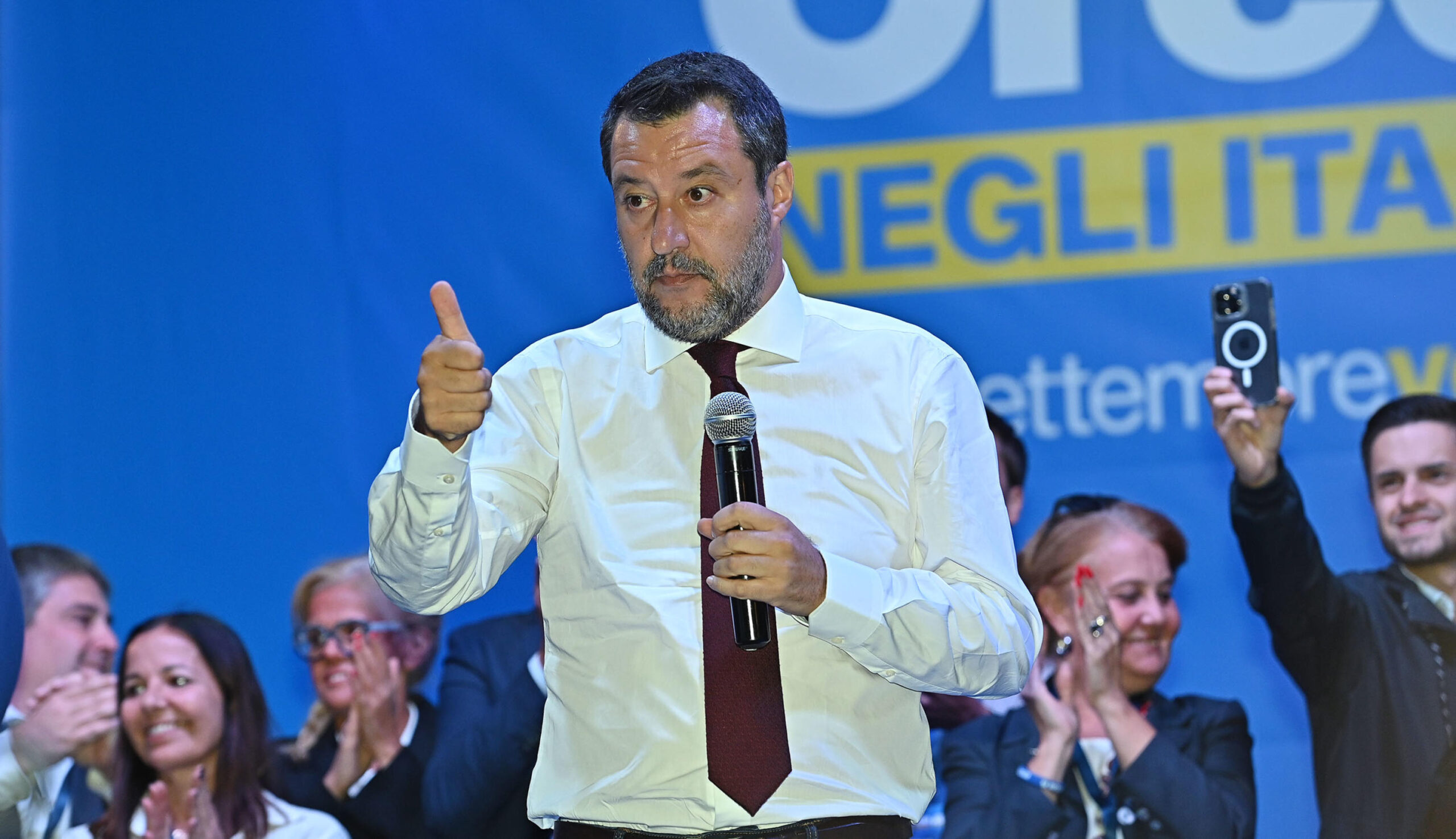 Salvini confirms the hard line on landings: “Borders must be respected.” The plan on the Messina bridge: “Worth 100 thousand jobs”

«It costs more not to do the bridge over the strait than to do it. During these five years starting the construction site is one of my goals And it would create over 100,000 jobs“. This is what Matteo Salvini expressed by the new Minister of Infrastructure and Sustainable Mobility, during the recording of the episode of Door to door which will air tonight. “Transshipment by ferryas well as pollution and waste of time, in a year it costs Sicilians and Calabrians more than the bridge», Salvini declares, adding:« The bridge is only a part, because serves high speed in Sicily and the Salerno-Reggio Calabria ». The intention is also confirmed in the official press release of the Deputy Prime Minister: «We have been talking about the crossing of the Strait of Messina for decades, and since 1981 hundreds of millions of euros of public money have been spent without having concluded anything. The next term it can and must be, after forty years of words, what it is will finally pass to the factsuniting Sicily and Calabria, creating real work and polluting less ».

The secretary of the League then returns to one of his flagships, that of the landings of migrants facilitated by NGOs: “We will return to enforce boundaries», Declares the leader of the Northern League. «It is unthinkable that ships from all over the world operate all over the world and then only arrive in Italy. Honors and burdens must be shared “, he added. How should this be managed? Salvini is pragmatic: “If there is a Norwegian ship there is a phone call in Norway, if there is a German ship there is a phone call in Berlin“.

The Deputy Prime Minister then spoke of the tensions that have arisen in recent days within the center-right coalition: “We have a government chosen by the Italians, but trust is not unlimited. There have been some fibrillations but the idea of ​​a country is clear: reform, justice, pensions“. The latter will be the subject of one of the first interventions by Giorgia Meloni’s executive who seeks a way to limit the scope of the Fornero law. For its part, the League is pushing for this to be the Odds 41, among the topics discussed today in the party meeting, which would allow retirement after 41 years of accrued contributions. Specifically, Salvini claims, the League is studying «the start of Quota 41 with 61 or 62 years of minimum age without penalties“. In addition, adds the leader of the Northern League, “we are studying another mechanism, especially in the public sector, which may allow some, for example doctors, who are over the retirement age to continue working having a increased salary benefiting from the tax deduction “.

“Waiting for the famous Europe to strike a beat, because it seems to me that everyone is doing their own thing, 10 billion is better than nothing but it is not enough,” says Salvini. «Today I asked the economists of the Lega to match one large fiscal peace operation to be reinvested in aid to businesses and families who can’t pay their billsHe adds. The problem, however, explains the minister, is not so much with homes but with businesses and activities: “On domestic users there is the possibility of paying in installments, but the problem is the shops, the companies, the shops, there the light is taken away from you. We need one moratorium on secondments, as well as on mortgagesbecause those who have taken out a variable rate mortgage are now seeing the cost rise ».

Videogames entered his life in the late '80s, at the time of the first meeting with Super Mario Bros, and even today they make it a permanent part, after almost 30 years. Pros and defects: he manages to finish Super Mario Bros in less than 5 minutes but he has never finished Final Fight with a credit ... he's still trying.
Previous Napoli from the Scudetto? Pellegatti brakes: “We are deceiving the fans. The difference with Milan is a pole”
Next Damon Lindelof prepares a movie for Star Wars