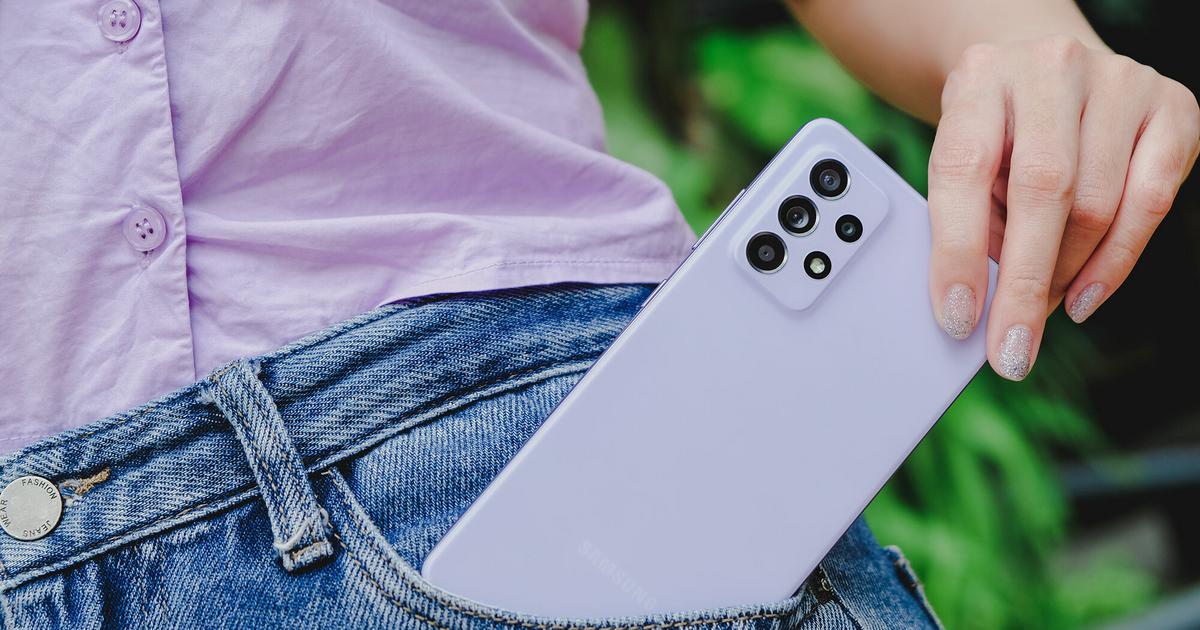 Samsung Galaxy A52 and A52s 5G test. Average shelf at its best

Just half a year ago, Samsung launched the Galaxy A52, a mid-range smartphone that met the expectations of many customers: with a strong OLED display, a decent camera and a waterproof casing, and the icing on the cake in the form of a guarantee of many years of updates. The only scratch in the image was speed. Now Samsung is offering its turbo variant, the A52s with 5G connectivity. Is this a better offer?

From the outside, the model s almost does not differ from the normal Galaxy A52 – unless we choose an exclusive color (green in s, purple in the regular A52). Both smartphones are packed in a modest and thanks to the matte backs, quite a nice casing, which is also waterproof.

As usual in the A series, the strongest point of both models is the display: sharp and bright OLED with strong colors and a 6.5-inch size that complies with current standards. Laboratory measurements showed one surprise: with a brightness of 800 candelas per square meter, the A52s is darker than the base model. For users who perceive each screen clipping as an inconvenience, the second difference is much more important: only the Galaxy A52s has the refresh rate doubled to 120 Hz. For others, it may be absolutely irrelevant, because they won’t notice the difference at all.

Wi-Fi 6 with the brake on

While the appearance is very similar, the inner life of both phones is quite different. In the model s Samsung mounts the eight-core Snapdragon 778G, four of which are high-speed cores. The Snapdragon 720G in the A52 has only two of them. And it shows: with just one processor, the A52s in benchmark tests work about a third faster than the A52, and under full load, the speed advantage increases to about 60 percent. The applications also launch noticeably faster.

And although the A52s is not a rocket that could be compared to the iPhone 13 or Galaxy S21, the user does not feel slowed down by the phone. Samsung, however, skimped on the Wi-Fi equipment: admittedly, the A52s now broadcasts on Wi-Fi 6, but instead of two antennas it has only one, so the normal A52 despite Wi-Fi 5 gets a higher transfer.

With a camera quartet

And on the back, the Galaxy A52s has four of the same cameras as the A52. The star in both models is the 64-megapixel main camera with nice optical image stabilization (OIS). In the test, both models showed similar image quality: they take good photos during the day, nice in low light, but flash photography should be avoided. There is no telephoto lens. 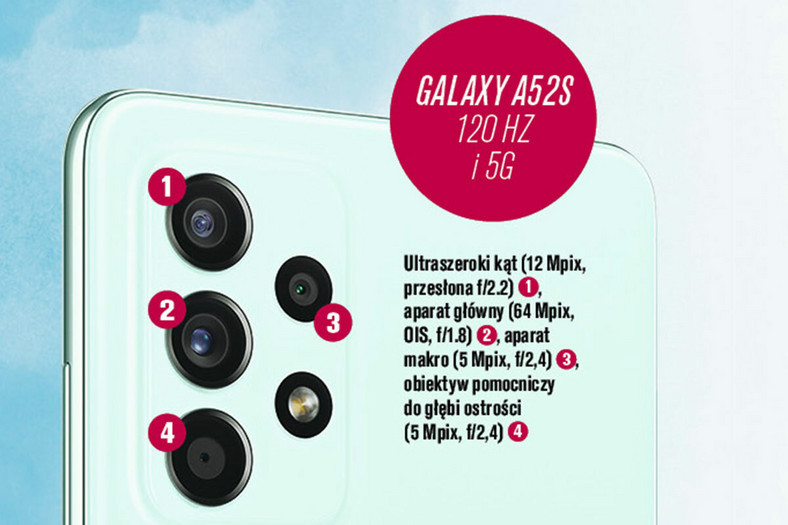 With double the magnification, the results are still acceptable, but even 10x magnification results in useless slush. The ultra wide-angle camera (12 Mpix) may be liked. The macro and depth camera (5 Mpix each) should be treated rather as decorative accessories than serious tools. The front camera is only useful in low light. 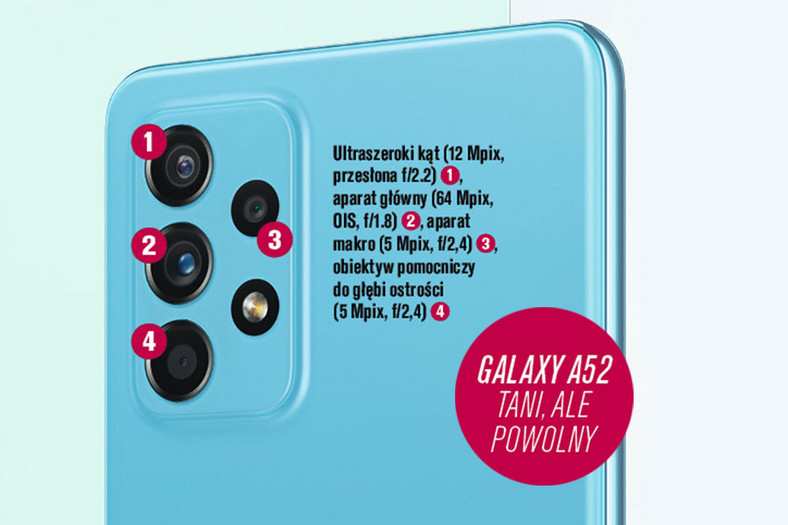 Ultra wide angle: During the day, both Galaxy take good photos. The A52, however, exaggerates the green of the lawn. 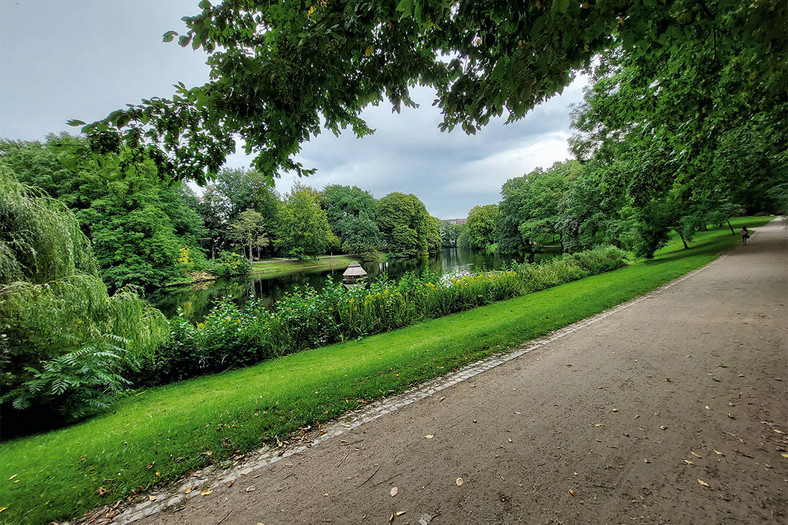 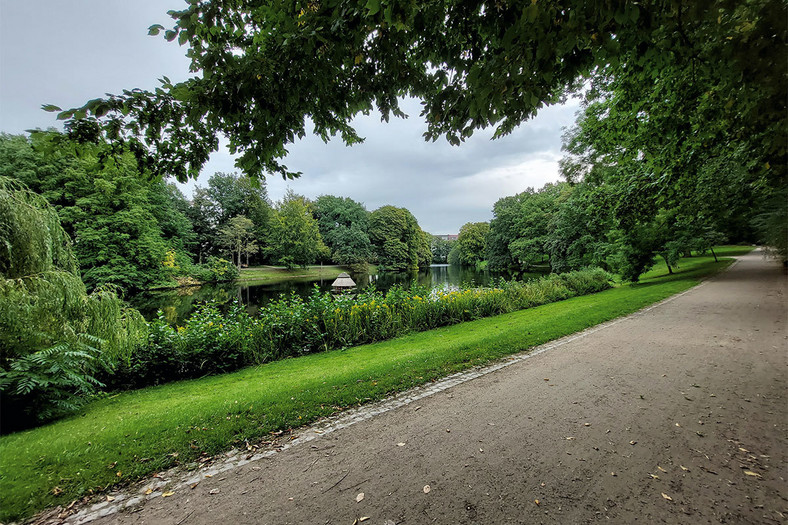 10x zoom: Thanks to the 64-megapixel sensor, the distant subjects are also clearly visible despite the lack of a telephoto lens, but the detail of the photos suffers. 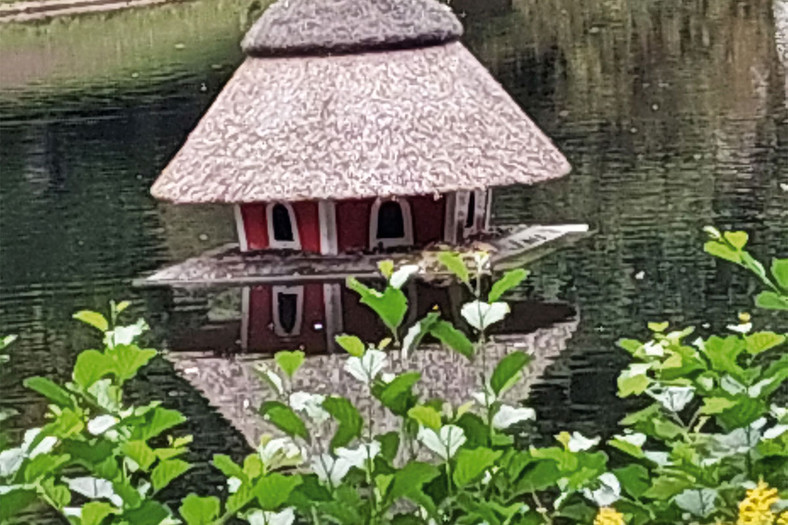 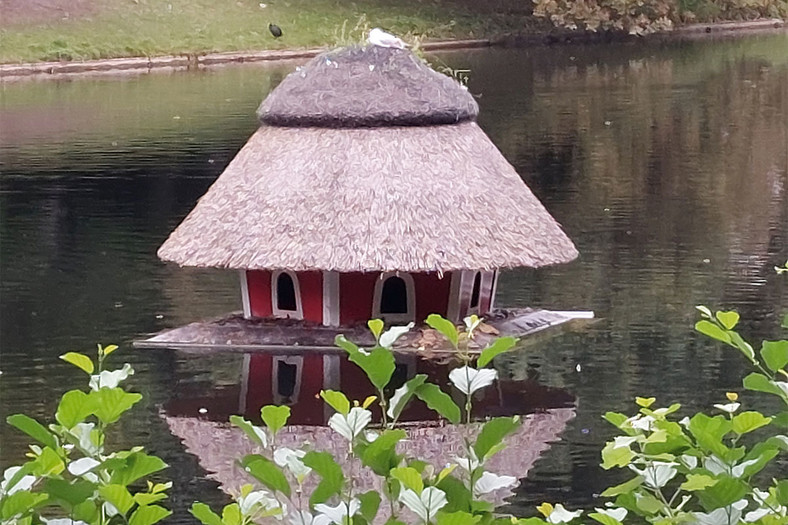 Standard: In everyday use, the quality of photos taken during the day is sufficient, but here too the colors are a bit exaggerated. 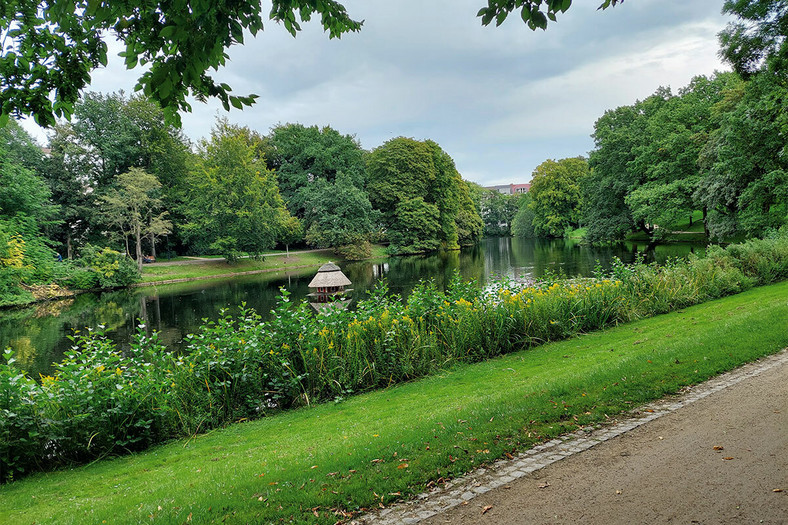 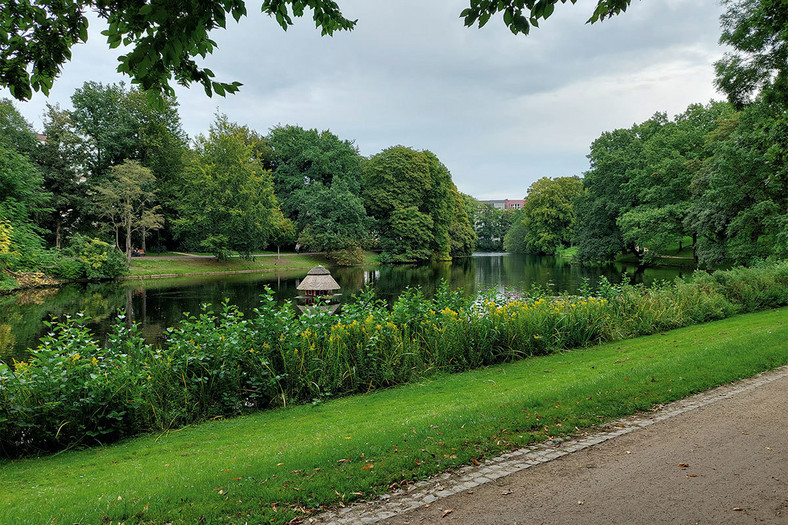 Tempo as a battery killer

At the beginning of the year, Samsung launched the A52 in the 5G version. The Galaxy A52 5G also saw an increase in speed, but didn’t reach the pace of the s version, but had problems with battery runtime. The A52s does not have this problem, in the test the working time was only half an hour weaker than in the base model. 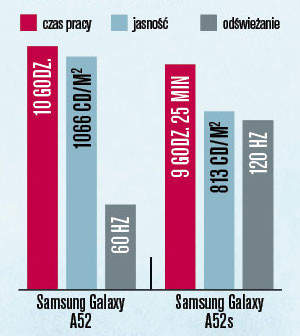 Although the A52s has a faster processor and refreshing, it does not fall significantly in the criterion of battery life – a darker display may play a role here

The Samsung Galaxy A52s 5G is a highly anticipated mid-range smartphone that boasts a decent pace – well suited to high-speed 5G connectivity. At just six months old, the A52 5G has become completely redundant. Why is Samsung launching its successor so quickly? The A52 5G in the summer was virtually impossible to buy, so Samsung was in a rush to launch a successor with other chips. Customers have only benefited from it: the Galaxy A52s has decent performance, is watertight, and with 5G and a four-year upgrade warranty, it is well prepared for future challenges.

He likes dogs, pizza and popcorn. Already a fanboy of Nintendo and Sony, but today throws anything. He has collaborated on sites and magazines such as GameBlast, Nintendo World, Hero and Portal Pop, but today is dedicated exclusively to Spark Chronicles.
Previous Hypersonic weapons. US concerned about China’s plans
Next The approach was exemplary. Chance of another cash out