SAN GIULIANO 20-year-old worker from Paullo lost his arm: the top management ends up on trial 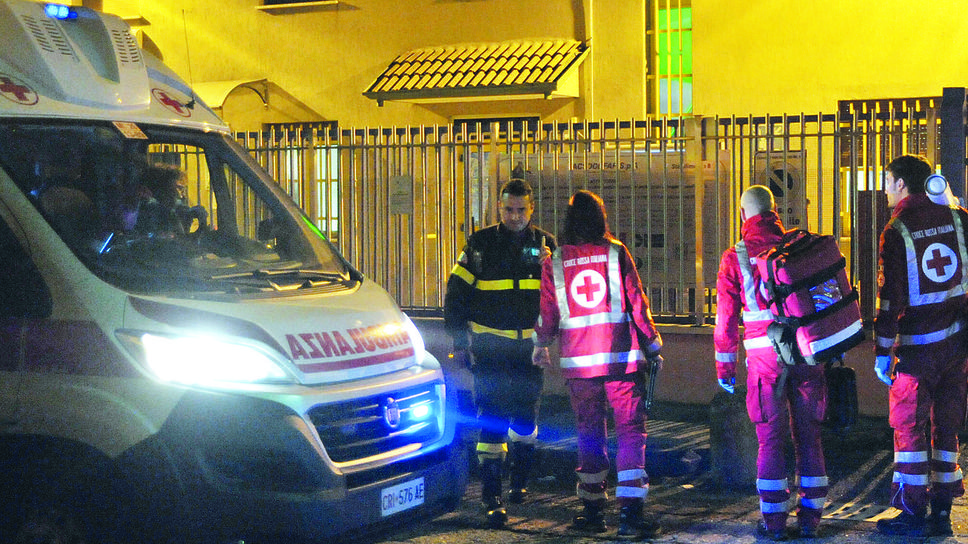 Firefighters and medical assistance in front of the company shortly after the injury, the alarm was immediately triggered but the situation had already appeared very serious for the extent of the injury

Arm amputated by a machine in a medicine factory in Sesto Ulteriano: six ended up on trial in Lodi for very serious culpable injuries and violation of workplace safety regulations. The very serious injury occurred on February 13, 2017, in the Acs Dobfar plant: a twenty-year-old worker from Paullo, while he was carrying out one of the frequent cleaning of a dryer, found himself with his left forearm severed cleanly by the internal blades of the cylinder of steel.

Rescued by colleagues and transported with the utmost urgency to the Milanese hospital of Niguarda, together with the section of the cut limb, he had undergone a delicate surgery with the aim of at least partially saving functionality, despite the compromised bone tissue. muscle and tendon. But the optimism that leaked out of the operating room in the early hours did not last long: the worker, now 25, has lived with a prosthesis ever since and has to do everything with only his right hand. The Ats technicians, who intervened as happens for every accident, had complained to the company various irregularities, theses then shared by the Prosecutor’s Office. But not from the accused: the hierarchical chain of the plant, from the person in charge of the safety of the workers to the supervisor up, who, each for his own role, reject the accusations. These are the Milanese RB, 86, NC, 47 and ML, 50, GV, 63, from Bergamo, RA, 55, from Matera, and GT, 53, from Calabria.

Now the process has come to a head, with the testimony of other workers working in that department.

«The cleaning of the Md1 dryer took place after each processing, since it was pharmaceutical products – recalled, among other things, a witness -. The lid of the steel container was opened but to clean the blades well they had to be rotated. Since a safety sensor prevented rotation with the lid open, a bolt was inserted to “make him feel the steel”, and another worker, from the control panel, made the mixer rotate ». A colleague then added before the judge: «It had happened previously to clean with the mixer in rotation. After that injury, I remember that the lid could no longer be opened and cleaning was done differently ». The worker has not so far considered the compensation offered by the company to be adequate and is in a civil suit, his parents are a civil party in the trial with the lawyer Ezio Torrella of Bologna.

He likes dogs, pizza and popcorn. Already a fanboy of Nintendo and Sony, but today throws anything. He has collaborated on sites and magazines such as GameBlast, Nintendo World, Hero and Portal Pop, but today is dedicated exclusively to Spark Chronicles.
Previous Romina Power operated on for a serious health problem
Next Putin’s threats push the price up – Corriere.it