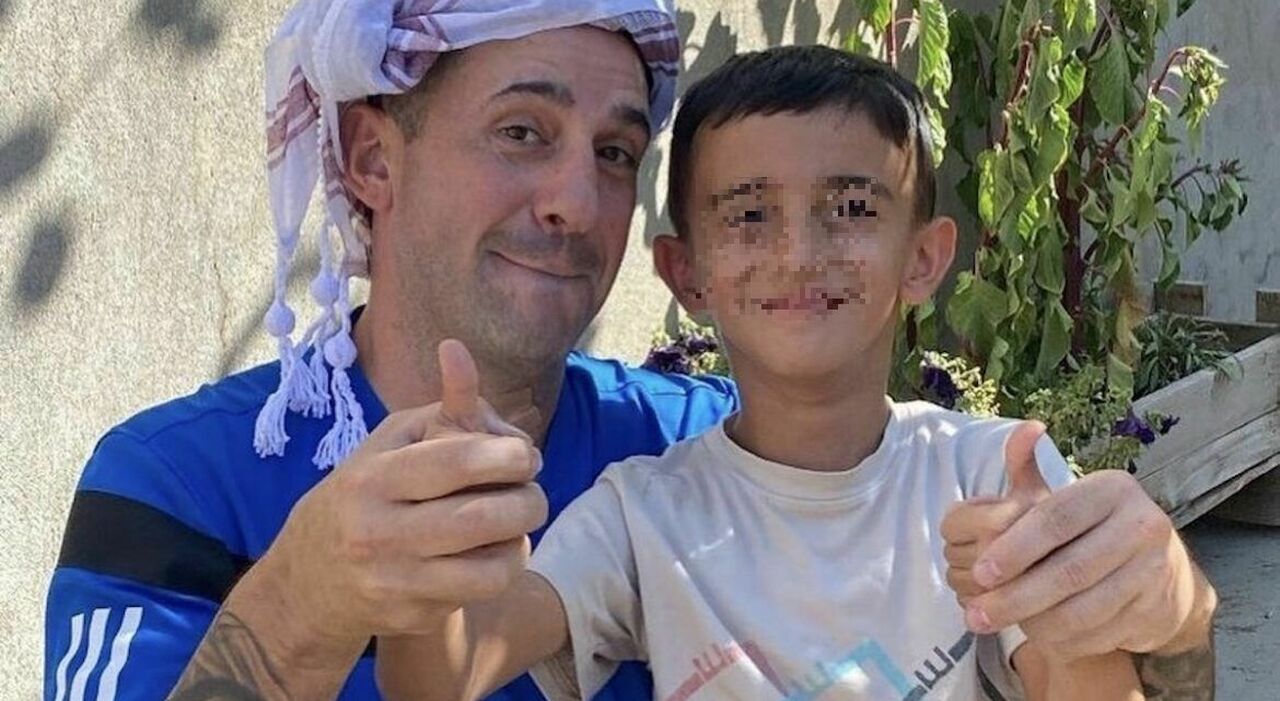 Santiago walks from Madrid to Qatar for the World Cup. But he ended up in jail in Iran for visiting Masha Amini’s tomb

A dreamer like Don chisciottewithout armor and without nag, who cleans the streets and plants trees in his walks in the world. Santiago Sànchez Cogedor40, left in January from Alcalà de Henares, the town of Miguel de Cervantes Saavedra, to walk to the Qatar and follow the world championship live, but on 2 October he was stopped at the border between Iran and Kurdistan and, up to three days ago, he had no trace of him. On Thursday, after the first news broadcast by the Iran International television channel, it was learned that he is being held in a prison in Tehran. He would be stopped and taken to prison for visiting the tomb where he rests Masha Amini, the girl killed by the Islamic police on September 16 for not wearing the Islamic veil correctly. Santiago was blocked and taken to prison along with his interpreter. The authorities in Tehran have reported to the Spanish embassy that there are no charges against him and this suggests that he should soon be released. “The atmosphere is warm, but everything is fine”, the last message sent to a friend on 2 October on Whatsapp. Then a long silence and the anguish of the family. His sister, Natalia, said: “My brother was just traveling. He has nothing to do with what is happening in Iran ».

Santiago is a former military man who after having assisted in 2019 in Saudi Arabia at the Spanish Super Cup final, he had planned this 6,500-foot journey to reach Qatar and follow the World Cup. He is a Real fan: online photos with Modric and the former captain Sergio Ramos. He set out with a cart, surmounted by a Spanish flag, where clothes, books and a tent are crammed. After passing through France, Italy, Greece, Albania, Turkey and Iraq, on 1 October he crossed the border to head towards Iranian Kurdistan. On his Instagram profile, Caminando de Madrid in Qatar, followed by 48,2 thousand followers, images of his adventure were published. A Kurdish family welcomed him a few hours before his arrest: «We offered him food. He asked us for a towel to take a shower ». The last message sent to the family it was reassuring: “Tomorrow I’m going to Tehran. They will interview me for a report ». On Facebook, a photo of her entering Iran, with a smiling face. In a video at the beginning of the adventure, she had declared: “I am going to Doha on foot to support the Spanish national team”.

The world championship will take off on November 20 with the match Qatar-Ecuador, but the first forms of protest have already begun. The footballers of the Australian national team criticized in a video the treatment reserved for immigrants – according to a Guardian investigation the works for the tournament would have caused as many as 6,500 deaths – and the discrimination against the LGBTQ + community, calling for new rules on safety and security. to decriminalize relationships homosexuals. «We cannot forget the victims and the suffering produced in the families of the workers. Practices such as kafala, which allowed the authorities to seize the passports of immigrants to prevent them from leaving the country, must be abolished ”. Denmark has announced that it will wear a “faded” shirt in Qatar to protest against human rights violations, while some captains, above all the Englishman Harry Kane, will have the rainbow armband to demonstrate against the repression of homosexual relations.

Videogames entered his life in the late '80s, at the time of the first meeting with Super Mario Bros, and even today they make it a permanent part, after almost 30 years. Pros and defects: he manages to finish Super Mario Bros in less than 5 minutes but he has never finished Final Fight with a credit ... he's still trying.
Previous Masters 1000 Bercy, the draw does not smile on Berrettini, Sinner and Musetti
Next Food recall, it may have metal inside – you need to return it