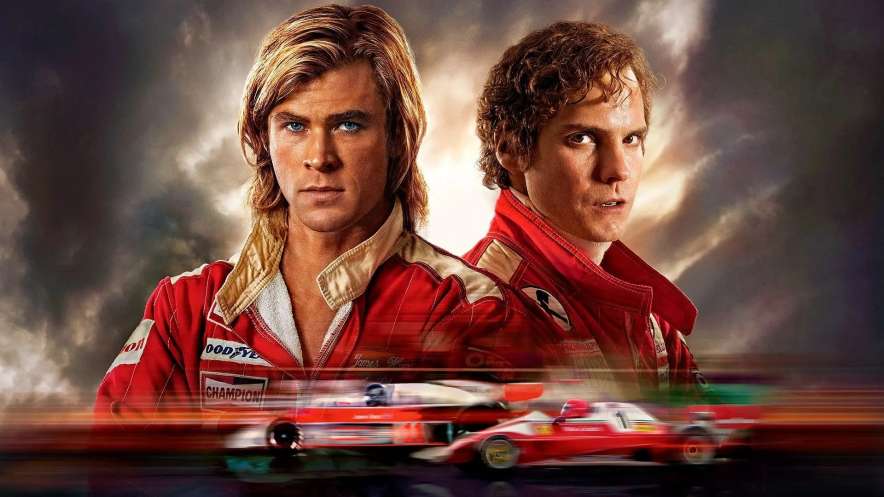 rush
Ron Howard directs Chris Hemsworth and Daniel Bruhl in the biopic on the rivalry between Ferrari drivers James Hunt and Niki Lauda, ​​protagonists of a memorable Formula One season.
(SKY CINEMA UNO HD at 21.15/channel 301 and SKY CINEMA 4K at 21.15/channel 313)

The secret of her eyes
Nicole Kidman and Julia Roberts in the remake of the Oscar-winning Argentine thriller. A former FBI agent has been chasing the criminal who raped and killed a colleague’s daughter for 13 years.
(SKY CINEMA DUE HD at 21.15/channel 302)

Jurassic World – Domination
The cast of the two spectacular trilogies meet in the sixth successful chapter. After the destruction of Nublar, dinosaurs roam free on Earth overrun by giant locusts.
(SKY CINEMA COLLECTION HD at 21.15/channel 303)

The prodigious Maurice
Sky Original animation from Terry Pratchett’s novel. The cunning cat Maurice involves a gang of talking mice and the young piper Keith in his plan to defraud him.
(SKY CINEMA FAMILY HD at 21.00/channel 304)

Moonfall
Fantasy-action by Roland Emmerich with Halle Berry and Patrick Wilson. Two astronauts and a conspiracy theorist must prevent the Moon from falling to Earth due to a mysterious force.
(SKY CINEMA ACTION HD at 21.00/channel 305)

Double play
Spy thriller with Clive Owen and Gillian Anderson. Ireland, 1990s: captured by the secret services, an IRA militant can regain her freedom by revealing the moves of her comrades.
(SKY CINEMA SUSPENCE HD at 21.00/channel 306)

What a mess, Bridget Jones!
Renee Zellweger plays the funny 30-year-old Englishwoman for the second time in a comedy with Hugh Grant and Colin Firth. Engaged to Mark Darcy, Bridget comes to terms with jealousy.
(SKY CINEMA ROMANCE HD at 21.00/channel 307)

Notre Dame on fire
Jean-Jacques Annaud’s Sky Original film on the fire that struck the Parisian cathedral in 2019 and on those who braved the flames to save priceless treasures.
(SKY CINEMA DRAMA HD at 21.00/channel 308)

The crimes of the BarLume – The baptism of Ampelio
Eleventh film by Sky based on the world of Marco Malvaldi’s novels. Newcomer Beppe and Commissioner Fusco investigate the mysterious death of a priest
(SKY CINEMA COMEDY HD at 21.00/channel 309)

Minions 2 – How Gru becomes very evil
Great success for the fifth installment of the Illumination franchise with the beloved yellow creatures. Los Angeles, 1970s: teenager Gru grows up in treachery and dreams of joining the Maleficent 6.
(SKY CINEMA UNO +24 HD at 21.15/channel 310)

The Wolf of Wall Street
Golden Globe to Leonardo DiCaprio in Martin Scorsese biopic with Margot Robbie. The incredible rise of Jordan Belfort, a broker attracted by the lust for power and a dissolute life.
(SKY CINEMA DUE +24 HD at 21.15/channel 311)

David Martin is the lead editor for Spark Chronicles. David has been working as a freelance journalist.
Previous Movies Tonight on TV not to be missed Sunday January 8, 2023
Next You’ve got mail, Giulia and the resemblance to Katy Perry (PHOTOS)