Kim Kardashian is one of the most popular celebrities in the world. 258 million people follow her on Instagram. A star whose life is shown on a reality show wants to become a lawyer in order to be able to defend the weakest. In addition, he runs several businesses that are very popular. The Skims brand, which makes underwear and homewear, is valued at more than $ 500 million. Kim Kardashian also created the KKW cosmetic brand. Its assets also include: cash, real estate and shares of other companies. In 2021, Forbes placed her in the 2674th place of the richest people in the world with a net worth of $ 1 billion. Kim Kardashian knows how to operate in business and continues to generate great media attention. In 2014, she married one of the most popular rappers, but in 2021 she confirmed the circulating rumors of a divorce from Kanye West. The couple had four children, but several of them were born thanks to the help of a surrogate, which was widely commented on in the media.

Kim Kardashian jokes about her loved ones on “Saturday Night Live”

One of the first scandals involving Kim Kardashian was a sex tape, which was released in 2007. A friend of Paris Hilton recorded a video with her then partner Ray J. There were rumors in the media that the mother of the celebrity Kris Jenner was behind the spread of the video. Kim Kardashian jokingly referred to this information during her appearance on “Saturday Night Live”.

“I know, I’m surprised to be here too. When they asked me to be the host of this show, I asked why? The point is, I haven’t had a movie premiere in a long time“- she admitted.

In the next part of the monologue, Kim Kardashian stated that she would like to prove that she is not just a “pretty face”. By the way, she referred to the plastic surgery of younger sisters.

After separating from her second husband, the celebrity’s mother became involved with Corey Gamble. They’ve been together for six years, and partner Kris Jenner sometimes appears on the reality show Keeping Up With the Kardashians. During the performance Kim Kardashian referred to her mother’s 25 years younger boyfriend.

“One thing I’m really proud of is that no one would ever call me a trickster. Honestly, I don’t even know how to become someone like that. So I asked my mom’s boyfriend Corey“- she said.

Kim Kardashian is seeking legal authorization. She would like to help unfairly judged people get out of prison. She admitted that she was following the path of Robert Kardashian, who was a lawyer. She said her father was and still is an inspiration to her.

Robert Kardashian was one of the lawyers who defended OJ Simpson. The actor was accused of murdering his wife and friend, had to stab his victims multiple times. Kim Kardashian did not fail to mention it on “Saturday Night Live”. 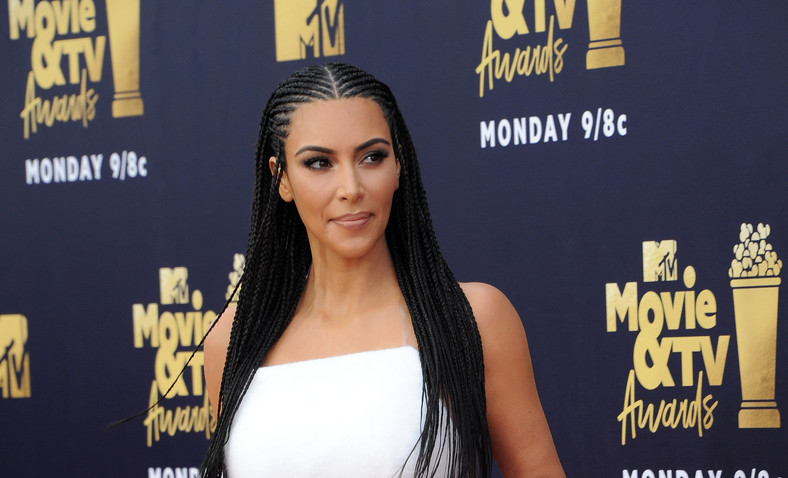 The celebrity did not spare her self-proclaimed “crazy” aunt. Few people know that Kim Kardashian’s mother has a sister who once appeared in the media and commented on the fate of the Kris Jenner family. The star mocked Karen Houghton. All Kim Kardashian sisters have names beginning with the letter “K”, which she referred to in the monologue.

“I am an influencer and I know what I say can have a consequence. I never tell anyone what they can and cannot do. Remember, I am Kim, not Karen“- she pointed out.

After parting ways with Rob Kardashian, Kris Jenner found happiness with athlete Bruce Jenner. The couple had two daughters: Kylie and Kendall. In 2015, their marriage ended in divorce, and the man admitted that he felt unwell in his body and underwent sex reassignment surgery. Today her name is Caitlyn Jenner and she wanted to become Governor of California. Kim Kardashian’s ex-husband Kanye West also wanted to run for president of the United States at one time. 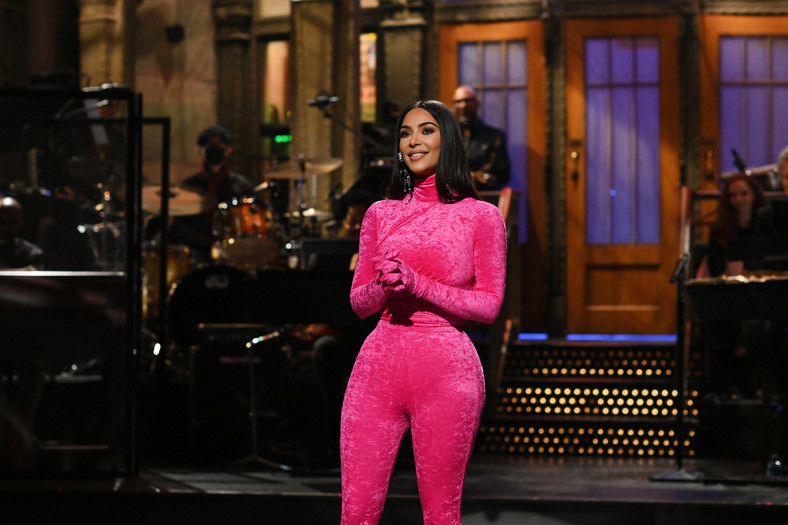 The celebrity said that she is very happy with her life. She referred to staying with Kanye West.

“I married the greatest rapper of all time. America’s richest black man, talented. He’s a genius who gave me four amazing children,” she said.