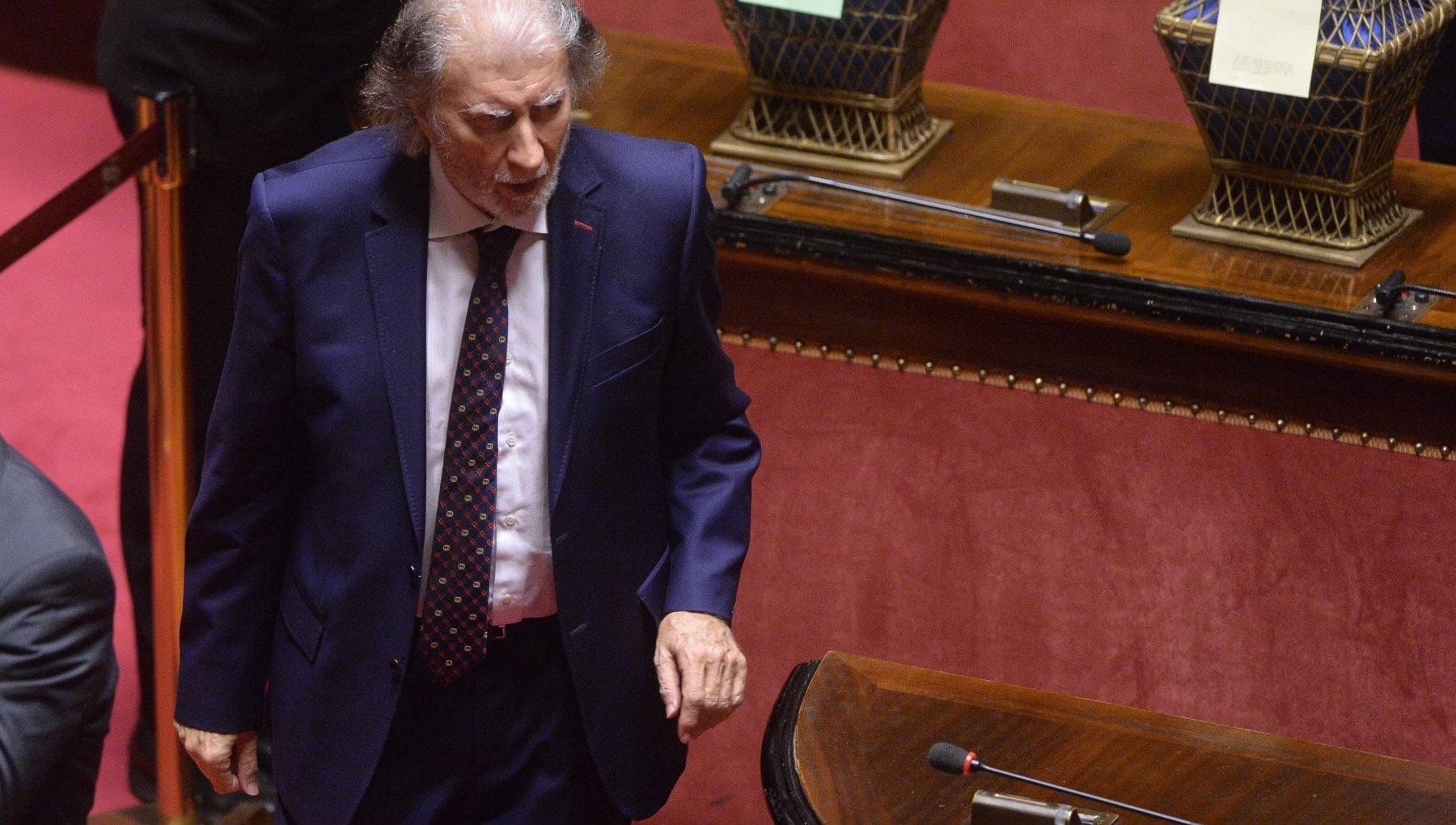 Scarpinato-Bongiorno: back and forth in the Senate twenty years after the Andreotti trial. And Meloni attacks the magistrate

Twenty-three years later, during the debate on trust in the Meloni government, the former prosecutor of the trial against Giulio Andreotti took the floor in the Senate chamber, Roberto Scarpinatoand immediately after what was the lawyer of the former prime minister under investigation for mafia, Giulia Bongiorno.

The neo-senator M5s pronounces a speech that sounds like a harsh indictment and makes the premier nervous Giorgia Meloni, which replies harshly. He explains that fascism in Italy has turned into that neo-fascism that was the basis of the strategy of tension and massacre in Italy and that the mafia is still far from being eradicated in this country also due to the political protections it would continue to receive. Bongiorno paws. “Mr. Prime Minister, last October 22 you and your ministers took an oath of loyalty to the Constitution. Many indices lead us to doubt that this oath was supported by a convinced and total sharing of the values ​​of the Constitution and of the anti-fascist and democratic system. which constitutes its backbone “, says Scarpinato. Then it targets that “neo-fascism, which has also declined in the constitution of political formations, variously denominated, which since the very beginning of the Republic have gathered and coagulated all the most reactionary forces in the country to sabotage and subvert the 1948 Constitution. , even with violent and subversive methods, not hesitating to ally in some situations even with the mafia “.

Scarpinato overrun his time and it’s up to Bongiorno to intervene. President Ignazio La Russa gives two minutes more but in the center the nervousness is evident. The issues touched by Scarpinato trigger the criticism of the center-right. But when he closes his speech, the senators of the M5 jump to their feet to applaud him and applause also comes from the benches of the Democratic Party.

“I never imagined 20 years later to speak after Dr. Scarpinato,” he said Giulia Bongiorno beginning his speech and alluding to the trials that saw them as opponents in the Chamber. “I am well aware of the effectiveness of his indictments”, he said, addressing the former prosecutor. The reference is to when, in the year 1999, in court Scarpinato supported the thesis of the prosecution in the trial in which the former Prime Minister was accused of mafia association.

“Scarpinato’s words on his debut in the Senate are disconcerting”, the senator of Forza Italia replies. Maurizio Gasparri. “And the fact that he has long held top positions in the judiciary is reason for reflection. I think it will be appropriate during the legislature to recall circumstances in the Chamber concerning Scarpinato as well. Italy will have to reflect on events that some ignore, some dismiss, but some of us know and will be able to explain to the classroom and to the Italians “.

Prime Minister Giorgia also replies Melons: “I should say to Senator Scarpinato that I should be amazed by such a blatantly ideological approach. But it amazes me up to a certain point because the transference effect you have made between neo-fascism, massacres and supporters of presidentialism is emblematic of the partisan theorem of judiciary, starting with the misdirection and the first judgment on the via d’Amelio massacre. And this is all I have to say “.

Videogames entered his life in the late '80s, at the time of the first meeting with Super Mario Bros, and even today they make it a permanent part, after almost 30 years. Pros and defects: he manages to finish Super Mario Bros in less than 5 minutes but he has never finished Final Fight with a credit ... he's still trying.
Previous Sauber: “Becoming an Audi official team is honor and responsibility” – F1 Team – Formula 1
Next Megan Fox and Machine Gun Kelly: 10 super cringe phrases she uttered about their relationship