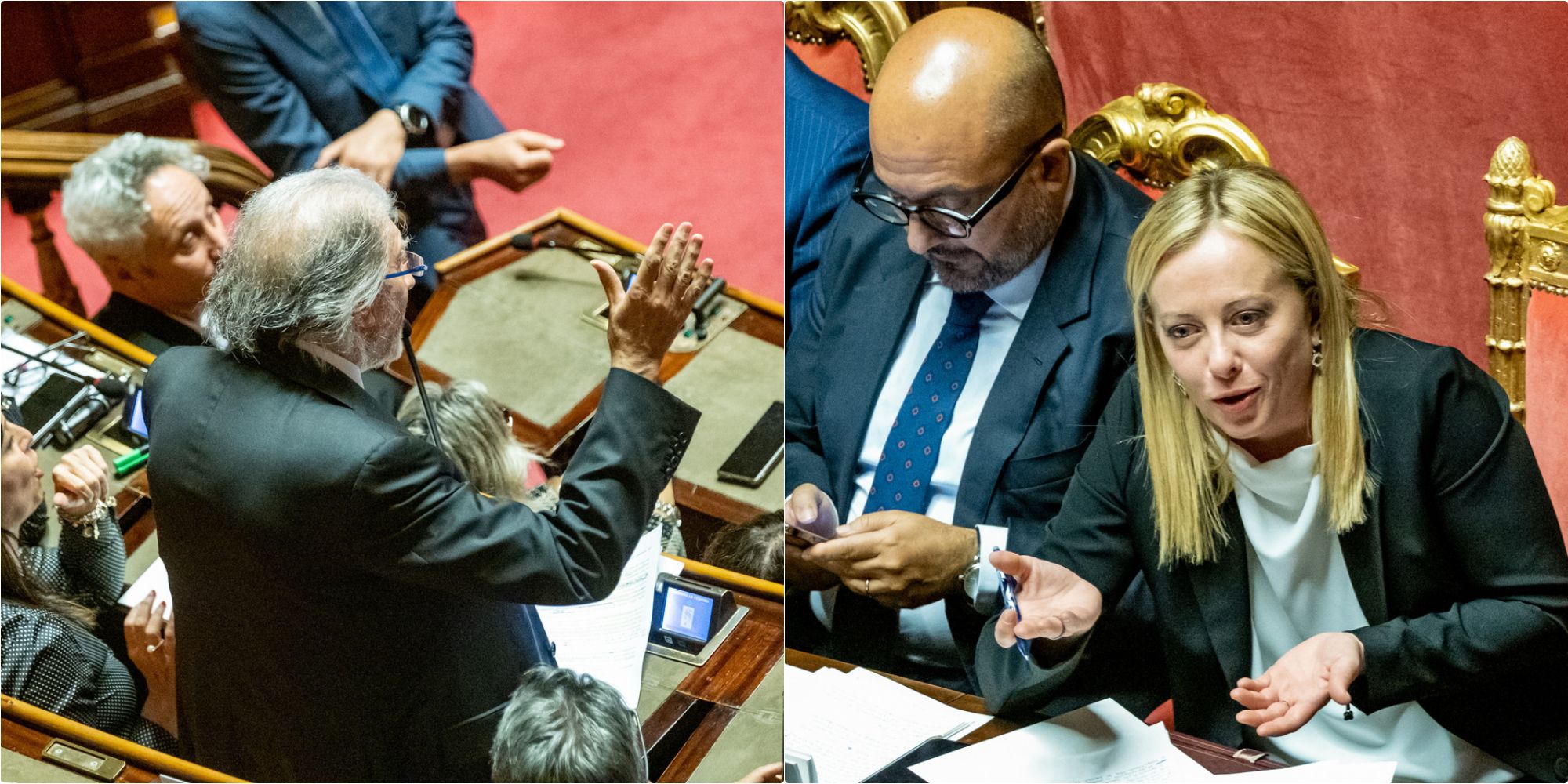 Scarpinato: “The government is based on the votes of a party whose leader has maintained relations with the mafia.” Meloni: “Your approach is ideological”

“His government is based on the votes of a party whose leader has maintained relations with the mafia.” In the first speech in the Senate as senator M5s, the former attorney general of Palermo Roberto Scarpinato has chosen to use very harsh tones about the Meloni executive’s anti-mafia program. And you expressed concern about the intentions of the FDI leader of “wanting to put his hand to the Constitution” to bring presidentialism to Italy as well. The premier replied, addressing the parliamentarian directly from the government benches: “I should say to you that I should be amazed at such a blatantly ideological approach“, he said. “But you amaze me up to a certain point because the transference effect you have made between neo-fascism, massacres and supporters of presidentialism it is emblematic of the theorem of part of the judiciarystarting with misdirection and from the first judgment on the massacre of via d’Amelio. And that’s all I have to say ”.

In truth, when the misdirection of the investigations into the via d’Amelio massacre matured, with the declarations of the false repentant Vincenzo Scarantino – and therefore between the late 90s and early 2000s – Scarpinato was not on duty at the Caltanissetta prosecutor’s office – responsible for investigating the death of Paolo Borsellino – but a Palermo. He will only be appointed Attorney General of Caltanissetta in June 2010 and in that capacity, a year later, he then initiated the process of reviewing the people unjustly convicted of the massacre. because of Scarantino’s false statements.

Scarpinato, in his long speech at Palazzo Madama, first of all made a historical reconstruction of the facts in question. And he outlined the reasons why he fears the executive’s future interventions on the Charter. “Neither the distancing from fascism is enough”, he said, “nor the neo-condescension of President La Russa in declare the bridges with the past closed to establish a new phase of national reconciliation “. This, according to the 5-star senator, “will only be possible when it is there truth about the massacres of neo-fascism and certain characters will be excluded from your Pantheon. Concern remains alive about your wanting to put your hand to the Constitution ”with the reform of“ presidentialism which could prove to be an authoritarian retaliation ”that will lead to“ the only man in command ”. And again: “As for his declared intention to maintain a firm line in the fight against the mafia, I hope it also applies to the white-collar mafia, which goes hand in hand with corruption. My perplexity rests on the fact that your majority it is also based on a political force whose leader has maintained long-term relations with the mafia and which has among its founding members Marcello Dell’Ut .. “. Scarpinato’s microphone, however, went out just before the former magistrate finished pronouncing Dell’Utri’s surname, definitively convicted for external competition: the senator was interrupted by President La Russa, who accused him of exceeded the two minutes (in reality it was one minute and ten seconds). At this point it opened a brief bickering between the two, with Scarpinato who argued about the “trap”, so much so that La Russa insisted that the senator end his speech. “You see, President”, said Scarpinato, “we are our choices, the choices we make, and for some time now you have chosen which side to be on, not on the side of the least”. An intervention that received applause from the M5s desks, but also from the Pd ones. With obvious embarrassment of the center-right. 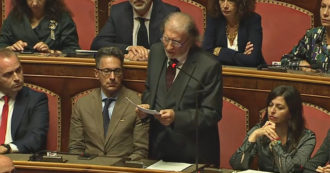 “The Meloni government is based on the votes of a party whose leader has maintained long-term relations with the mafia”: the integral intervention of Scarpinato

Immediately after Scarpinato, among other things, former prosecutor of the trial against Giulio Andreotti, he took the lawyer of the former prime minister under investigation for mafia, Giulia Bongiorno. “I never imagined 20 years later to take the floor after Dr. Scarpinato”, said the Northern League starting her speech and alluding to the trials that saw them as opponents in the courtroom. At the end of the session, the Forza Italia senator criticized Scarpinato for his words Maurizio Gasparri: “Scarpinato’s words on his debut in the Senate are disconcerting,” he said. “And the fact that he has long held top positions in the judiciary is reason for reflection. I think it will be opportune during the course of the legislature to recall in the classroom circumstances concerning Scarpinato as well. Italy will have to reflect on events that some ignore, some dismiss, but some of us know and will be able to illustrate to the classroom and to the Italians ”.

Videogames entered his life in the late '80s, at the time of the first meeting with Super Mario Bros, and even today they make it a permanent part, after almost 30 years. Pros and defects: he manages to finish Super Mario Bros in less than 5 minutes but he has never finished Final Fight with a credit ... he's still trying.
Previous will miss the match against Milan
Next Inter fan attacked: “I started the uproar. Daspo? C *** his”