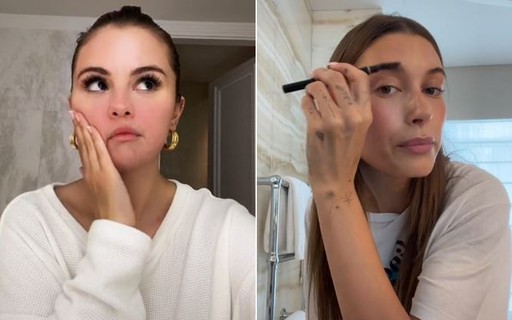 Selena Gomez apologized on TikTok after posting a skincare video the same day as Hailey Bieber. Some fans understood that the reactions of the singer, who is ex-girlfriend of Justin Bieber – currently married to the model – could be in a tone of debauchery, as she would supposedly be rolling her eyes in the images.

When it started to be criticized, Selena turned off the comments of her post and apologized in the comments. “That’s why I believe in the importance of taking care of your mental health. Guys, I have no idea what I did, but I’m really sorry. Zero malicious intent. Deleting soon,” she said.

Understand
On Tuesday (10), Hailey, 25, posted a series of videos to the sound of Get Ready With Me on TikTok in which she appeared putting on makeup and skincare. Just hours later, Gomez shared a clip of her own skincare routine, but she seemed to roll her eyes, which some felt could be indirect for the model.

Fans flooded the singer’s comments section, writing messages such as: “It’s good that I’m a performative loser who blatantly gets away with bullying other women” and “the way she squints her eyes at every step,” some followers said.

Watch the videos and compare:

Last month, Hailey was the one who experienced the brunt of the backlash from Selena Gomez’s fandom, causing her to beg to be let go. “It’s been a long time. I’m minding my own business. I don’t do anything, I don’t say anything. Leave me alone, please.”

Justin Bieber and Selena Gomez first started dating in 2011. They were together for a few years before breaking up for good in early 2018. Just five months later, the Canadian singer quietly married Hailey in a New York courtroom, teasing a fight between fans of the model and former Disney star.

Videogames entered his life in the late '80s, at the time of the first meeting with Super Mario Bros, and even today they make it a permanent part, after almost 30 years. Pros and defects: he manages to finish Super Mario Bros in less than 5 minutes but he has never finished Final Fight with a credit ... he's still trying.
Previous Street style | the 10 best sweatshirts of spring 2022 chosen by us
Next Amber Heard Perjury investigation continues in Australia during the Depp trial