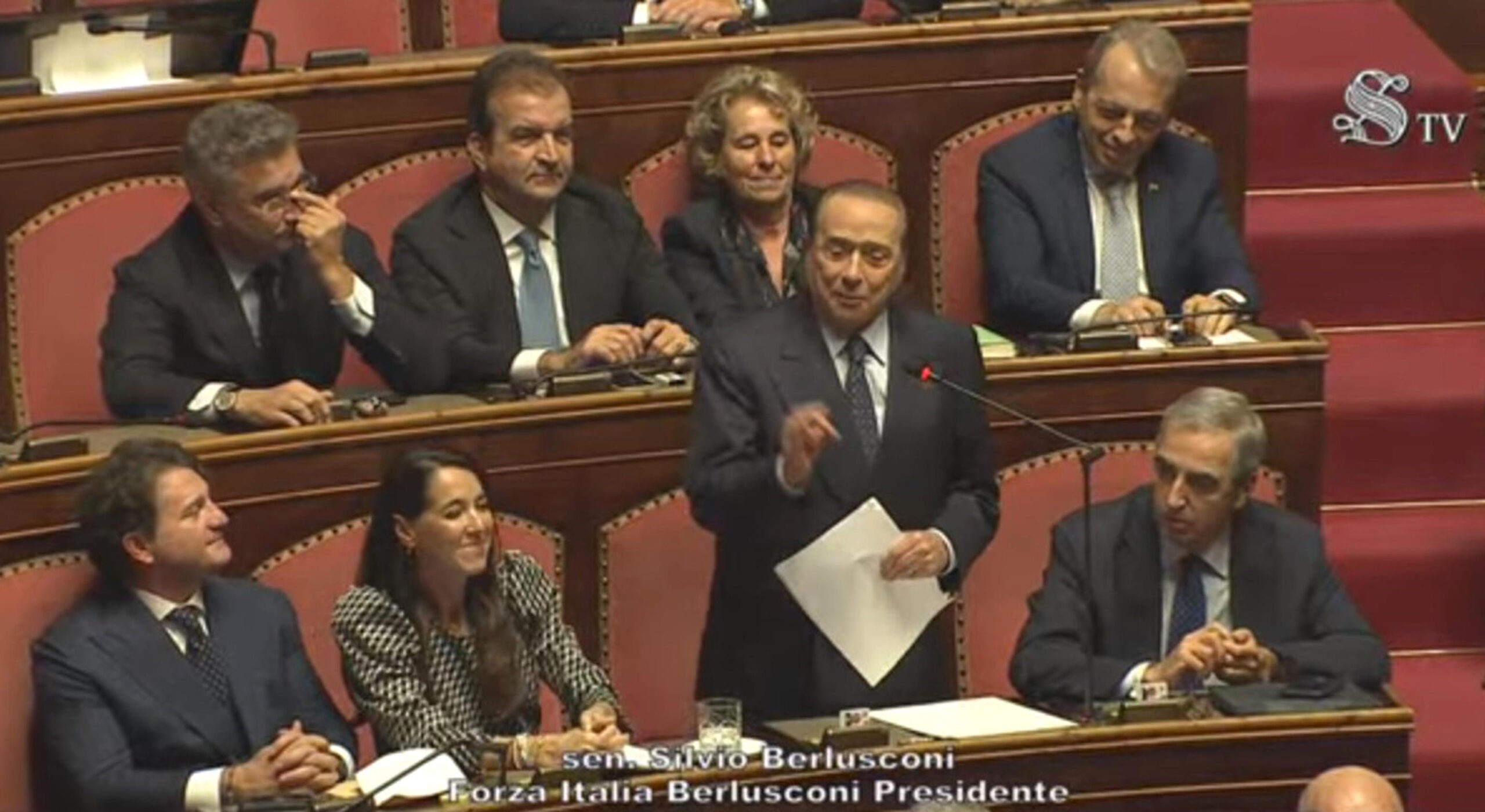 Senate, Berlusconi’s declaration of vote: “Today Meloni is prime minister thanks to the center-right that I created 28 years ago” – The speech

It was the most anticipated explanation of vote of the day. Silvio Berlusconi, after keeping the nascent government in fibrillation in recent weeks, today – October 26 – made the declaration of vote for the group Come on Italy at Palazzo Madama. And it was a statement that dispelled all doubts: his party’s loyalty to the executive and no shadow of the Atlanticist position regarding the war in Ukraine. “I’m happy to be here. And I’m also happy because three hours ago I had my 17th grandchild – smiles the Knight -. It is a source of satisfaction for me to speak again in Senate after nine years. I am happy because the Italian people have chosen to entrust, once again, the government of the country to the coalition of center right. Coalition that I started 28 years ago ». Berlusconi has repeatedly stressed that he was the founder of the coalition: «If today you are in the government of the country for the first time, it was possible because one was born 28 years ago plural coalition – he said turning to Giorgia Meloni -. A coalition was born that has never split, that has been able to stay together even with the opposition. A coalition that has always been the architect of great choices of democracy and freedom ».

The word most used in the speech is “freedom“. Berlusconi used it to indulge in yet another amarcord of his explanation of vote: “This is not the time to recall all the successes achieved by the center-right governments. But one thing I want to proudly claim: our governments have always had freedom as the guiding star of their actions. We have never approved a rule that could reduce the spaces of freedom of citizens. Never made a choice of international politics that was not on the side ofWest, of freedom. Today we will vote for confidence with conviction ”, he reiterated even before reaching the middle of his speech. Then, the president of Forza Italia listed the challenges that the center-right will have to face, including “the slowness of the bureaucracy, the inefficiency of the judicial system, the unsustainability of the tax burden on families and businesses. Between priority – Berlusconi repeated -, the tax reform, for a fairer and lighter tax. Also there justice reform it is an essential priority. Not only for the duration of the trials: the hearings must be fixed at the latest after two weeks. We have to do it out of a question of civilization and freedom. A reform indeed guarantor. At the center of everything, then, we must put the person. We are for the protection of life, from conception to natural death, of support for the birth rate, of the defense of the family whose social function is indispensable ».

Berlusconi, who read almost the entirety of his speech, addressed the senators present at Palazzo Madama directly to clarify the party’s position on the Russian-Ukrainian conflict: «Ladies and gentlemen, the new government is taking office at a particularly difficult time. The most dangerous moment since the end of Cold War. We can only reaffirm the main lines of our foreign policy, namely the solidarity of the West, especially in the face of old and new international threats. I have always been a man of peace and always in full agreement with the heads of the governments of theEuropeof NATO, of the United States. My project, shared by many, was to recover the Russia to Europe – he cited the 2002 Pratica di Mare agreement -. This we planned to be able to face the serious crisis of Chinese expansionism as the West. Unfortunately, the invasion of Ukraine thwarted this plan. In this situation we can only be with the West. We must work for peace, and we will do it with Western partners and with respect for the freedom of the Ukrainian people ».

In closing, Berlusconi pledged allegiance to Meloni by staring the executive horizon of five years: «Madam President of the Council. Forza Italia will work alongside you with loyalty. As pro-Europeans, atlantists, guarantors. In the 1994, in this same Chamber, asking for trust, I concluded my speech by talking about the possibility of dreaming of a better future for this country. I spoke of a more modern and efficient Italy. A more prosperous and serene, more orderly and secure Italy. These are my words then, these are my words today. Best wishes for the next five years of work ». Then, a tribute from the House and the government: almost all the ministers stood up to applaud Berlusconi. Ignazio La Russa, president of Palazzo Madama, wanted to underline that the extra minutes were granted to Berlusconi, but also to Matteo Renzi.

Videogames entered his life in the late '80s, at the time of the first meeting with Super Mario Bros, and even today they make it a permanent part, after almost 30 years. Pros and defects: he manages to finish Super Mario Bros in less than 5 minutes but he has never finished Final Fight with a credit ... he's still trying.
Previous Juve, Allegri and Europa League exemption: the odds after the elimination
Next Louise Fletcher, the merciless nurse of the “Cuckoo’s Nest”, Oscar with the eyes of ice is dead (video)