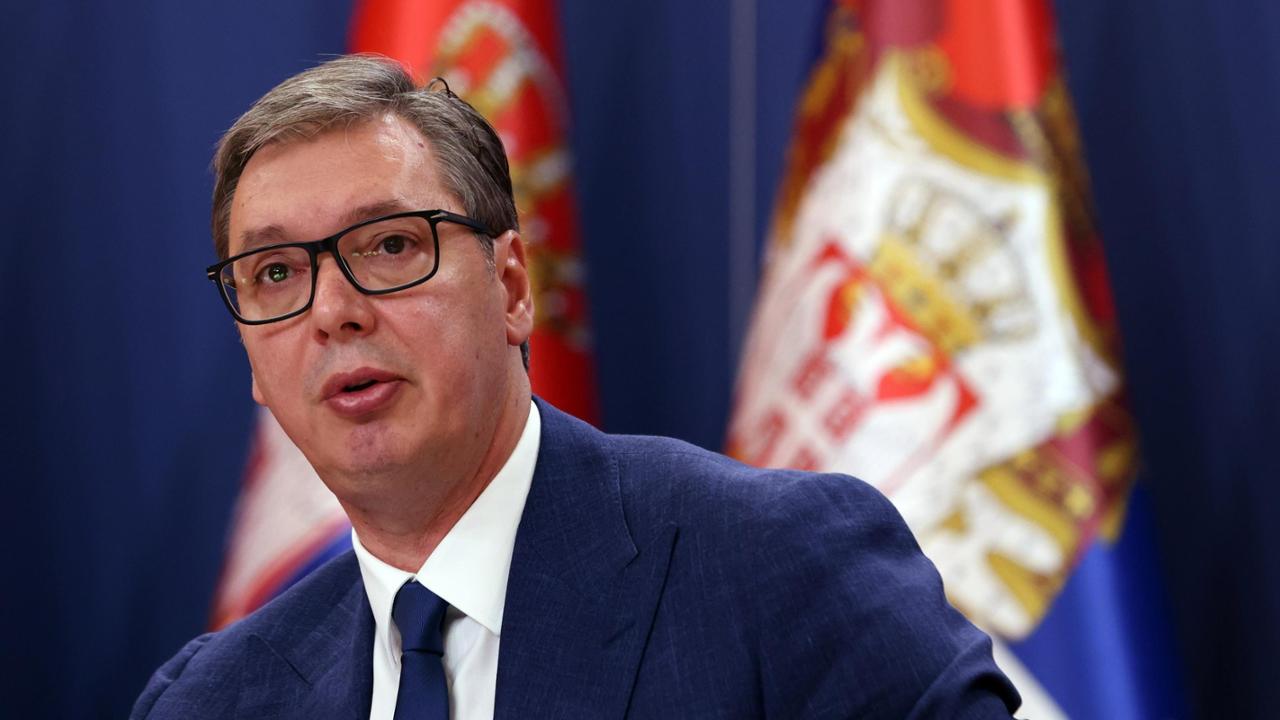 Serbia, President Vucic cancels EuroPride 2022: “You can’t manage everything”. The organizers: “It’s against the Constitution”. The Orthodox Church curses activists

It was scheduled for September 12-18 in Belgrade, but Serbian President Aleksandar Vucic said the EuroPride 2022 parade will not take place due to threats from the far right. Serbia, Vucic argues, must also focus on other issues, such as the problems in Kosovo.
For the organizers of the march, which has been held annually since 2002, each time in a different European city, the event will take place anyway because any ban is “illegal”.

Vucic’s statement on TV
Speaking live on TV, Vucic mentioned in particular the new tensions in Kosovo and the problems linked to the energy and food crisis. The demonstration, he noted, will take place in another more favorable period. “You just can’t manage everything at some point,” the president said. “In another, happier time” the event could take place.
Opening his speech today, Vucic gave the mandate for the formation of the new government to outgoing premier Ana Brnabic, the first lesbian woman called to lead a government in Serbia in 2017. In 2020, Brnabic was reconfirmed in the post.

Serbia, Vucic announces the cancellation of the Europride: “Or what’s the name of that thing”

Protests against the lgbtq + event
Earlier this month, thousands of people marched in Belgrade against EuroPride, holding signs reading “protect the family” and “keep your hands off our children”.
After the violent street clashes between police and homophobic ultranationalists in Belgrade during the 2010 Pride, the lgbtq + demonstration had been banned for reasons of security and public order for some years, and had returned to take place regularly in 2014, albeit with a massive police device in the center of Belgrade.

The organizers: banning the march is unconstitutional
For this reason, in 2019 the organizing committee of EuroPride had voted in favor of Belgrade with a large majority so that it could host the European event. “The state cannot cancel EuroPride,” said the organizer of this edition, Marko Mihailovic, adding that any attempt to do so would be a “clear violation of the Constitution”. Kristine Garina, president of the European Pride Organizers Association – in charge of EuroPride’s licensing – insisted that the event would not be canceled.

BELGRADE, AUG 27 – Europride organizers said today that the event will still be held as scheduled for September 17 in Belgrade, despite its cancellation announced by Serbian President Aleksandar Vucic. “President Vucic cannot cancel such an event. Europride is not canceled. In the course of the competition for the award of Europride 2022, Serbian Prime Minister Ana Brnabic (declared lesbian, and who today was designated for the third time by Vucic at leader of the new government, ed) had promised the Serbian government’s full support for the Europride in Belgrade, and we expect this promise to be kept, “said Kristine Garina, president of the European Association of Gay Pride Organizers. According to her, the holding of Gay Pride is a right recognized by the European Court of Human and Constitutional Rights. “Any attempt to ban Pride constitutes a violation of Articles 11, 13 and 14 of the European Convention on Human Rights, which Serbia has ratified as a member of the Council of Europe,” added Garina. Vucic motivated the decision to cancel Europride with the difficult period Serbia is going through, and the serious problems that the country has to face – in particular the new tensions in Kosovo and the problems related to the energy and food crisis. The demonstration, the president noted, will take place in another more favorable period. The government of the outgoing (and re-appointed) premier Ana Brnabic, in a statement in the afternoon, supported Vucic’s decision on her part, stating that the conditions for the Europride to be held in complete safety are not in place. “Certain extremist groups could take advantage of this event to fuel tensions and create instability in Serbia”, she reads in the statement. Satisfaction with the cancellation of the Europride was expressed instead by the Serbian Orthodox Church, which has always been hostile to the promotion of the rights of the homosexual population, and which in a statement welcomed the decision of President Vucic. (ANSAmed). QN

The curse of the Serbian Orthodox Church
Far-right parties condemned the event and the bishop of Banat, Nikanor, of the Serbian Orthodox Church, said he would “curse all those who organize and participate in something like this.”
The organizers of the event said that Serbia’s role as a EuroPride host was “an important step along the path towards achieving equality for the LGBTQ + community in the Western Balkans”.

Videogames entered his life in the late '80s, at the time of the first meeting with Super Mario Bros, and even today they make it a permanent part, after almost 30 years. Pros and defects: he manages to finish Super Mario Bros in less than 5 minutes but he has never finished Final Fight with a credit ... he's still trying.
Previous amounts, percentages and times, official sting
Next White Brothers also convicted of extortion and drug dealing. Lawyers prepare post-life appeal for Willy