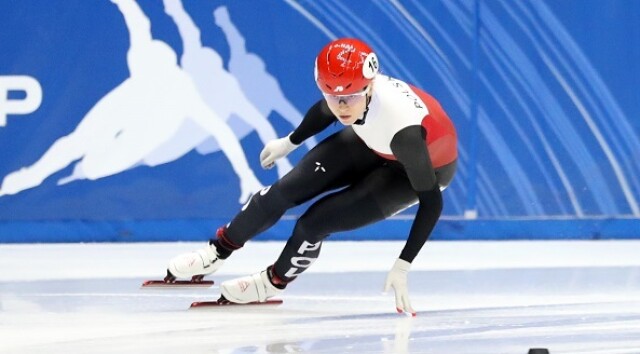 The Polish woman was not lucky in this competition. First, in the semi-finals, she was in second place, but Italian Arianna Fontana, who tried to overtake her, caused her to fall. The leader of the general classification of the World Cup in 500 m was disqualified and Maliszewska was allowed to fight for the highest places.

Disqualification also in the final

In the final, the Pole attacked in the final meters and also rode for a while in the second position, but then she was pushed away by the Canadian Courtney Sarault.

She crossed the finish line in fourth place, but Sarault was penalized for this behavior and placed last in the A final.

In the general classification of the World Cup, Maliszewska ranks eighth at this distance. In turn, at 500 m, she is the vice-leader, behind Fontana. The Polish representative is close to securing the Olympic qualifications at both distances.

The Beijing Games will take place on February 4-20. Broadcasts in Eurosport and player.pl

David Martin is the lead editor for Spark Chronicles. David has been working as a freelance journalist.
Previous USA: A car hit the Christmas parade. There are victims
Next Coronavirus: France. The fifth wave hits “lightning speed”