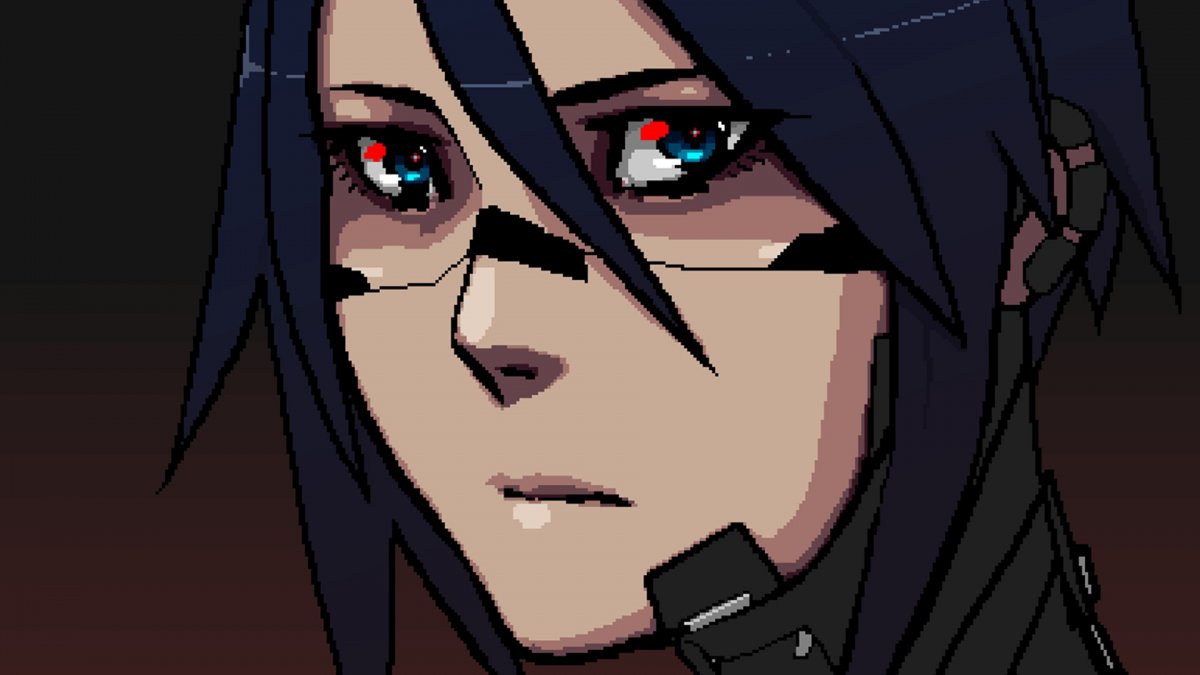 The review by Signalis, a 2D survival horror that could have been excellent, but which lacks an excessive background stiffness.

Dissatisfaction with the present produces a known, as much as expected, result, namely that of looking to the past, to search for what is perceived as the original meaning of things: an ideal purity that, cleaned of history, becomes the essence of the present. Of course, the obsession with the past can produce enormous distortions, sometimes monstrous, but in some cases looking back seems to be the only way to go forward and actualize something desired that was thought to be irretrievably lost.

In recent years, the independent video game scene has often looked at the history of the medium, not only as a matter of nostalgia, but also to rediscover forms of play set aside from the market, as well as to free itself from the dictatorship of production. The triple A industry has become unattainable for smaller teams and suffocating due to the desire to express themselves of individual developers, so not infrequently there has been the return of more accessible and in a certain sense human technologies and visual styles, manageable without having to invest tens of millions of dollars on it. The rose-engine development studio has tried just such an operation, as we will see in Signalis reviewsurvival horror that looks to Resident Evil and the first PlayStation, but even further up to Project Firestart.

Elster, the hero of Signalis, is a Replika, that is a humanoid working android who, awakened from cryostasis on a drifting spaceship, decides to infiltrate a gigantic government structure built on a distant and very cold planet, in search of his partner and meaning of his dreams. Something terrible happened in the days before her arrival and the androids who were supposed to protect civilians have now become their persecutors. The place appears to be in ruins, despite not being completely abandoned. There are survivors, very few in fact, but they are all looking for a way to escape. But our goal is different: to go where evil was born, in a horror adventure whose story and style strongly recall the works of Stanley Kubrick, Hideaki Anno and David Lynch, the main sources of inspiration for the developers (they were the ones who unveiled them, so we didn’t have to work very hard to locate them).

The base is made up of several distinct environments: rooms and corridors that must be explored in search of key objects, weapons, ammunition and healing items. Here and there there are also documents, which help to understand the context from which the adventure arises and which make us understand the role of the totalitarian regime of Eusan, a galactic dictatorship that keeps the entire solar system in check. The action is framed from above, with the rooms divided from each other by mechanical doors. THE levels of the base are basically mazes that must be explored from top to bottom and in which classic puzzles must be solved, which require the combination of objects or the careful reading of documents in search of clues. For example, in one of the floors of the base we will have to find five access keys scattered around the level, examining pipes, working with strange machines and so on. As you may have understood, in terms of adventure elements we are more on the side of a Resident Evil, or a Silent Hill, than those of a modern survival horror, in which you advance on autopilot.

Rare in the first levels, going down into the depths of the base you also encounter some hostile creatures, ranging from crazed androids to monstrous beings with strong Lovecraftian references. Signalis provides various tools to counter them, from pistols to rifles, with the classic idea of ​​limiting the number of ammunition available, so much so that the indiscriminate slaughter of every creature is not possible. Indeed, as we will see, it is often better to avoid fighting, using the simple stealth system built into the game or running wildly past the enemies. Fighting itself is the business of holding down the key to aim the weapon and fire when the crosshair appears on the enemy. Nothing too complex, to be honest, but it is evident that Signalis does not aim to be a shooter and tries in every way to focus on exploration and the atmosphere.

To this end, short first-person sequences have also been introduced into the game, usually linked to specific environments, or to intermission sequences, in which you don’t fight but you have to solve puzzles, such as finding a certain frequency on the radio. of Elster, or interacting with an apparently non-functional dashboard. In principle, Signalis’ gameplay works and is also engaging, especially if you appreciate survival horror of a certain type. The story told is less predictable than it seems at the beginning and is told wisely by short filmed sequences and by the aforementioned documents. Unfortunately, some of the choices made by the developers go a bit to undermine the experience, creating paradoxical situations.

THE problems of Signalis are largely related to his aspiration to resemble survival horror classics. If from the point of view of the puzzles the game works, the choice to manage the inventory like Resident Evil, therefore with a very limited amount of space, ends up forcing you to go back and forth between the meager crates where you can deposit the stuff in excess. The result is that, when possible, we tend to carry only the key objects, those whose use is linked to the progression of the game, piling ammunition and healing items in the collection points (unfortunately it is not possible to leave the excess objects on the ground or exchange them with others). The fact that in this way you tend to fight less could also appear positive, but the truth is that, given the weakness of the stealth mechanics, it becomes preferable to run here and there to avoid the enemies, often very slow and not very reactive.

In this way theatmosphere is partly penalized, partly because one becomes very skilled at overtaking in the race and, therefore, the sense of impending danger disappears, and partly because the annoyance of having to walk several times over the areas already visited, only to go to take a certain object left behind or the ammunition you need to clean up areas that you want to explore more deeply (or where fighting is inevitable). All to remain adherent to an item management system that the survival horror classics handled much better than the rose-engine game does. With this we do not want to say that Signalis is a bad title, but only to underline how the rigidity with which it looks to the past has proved counterproductive for certain aspects of the gameplay, making it lose some strength and preventing it from taking flight, so as to reach an excellence that he had at his fingertips.

From the point of view technical and stylistic instead there is little to complain: Signalis mixes 2D mechanics and 3D graphics in an excellent way, following a very popular trend on the indie scene in recent years, that is to go in search of a visual feeling from the first PlayStation, perfectly suited for what it aims to get in terms of the atmosphere. Precisely the lack of definition of the characters and some objects of the scenery, combined with the dim light in which the rooms are immersed, with the scarce lighting sources that often stretch the shadows excessively, creates a sense of deep anguish, as if one were penetrating into a dying body, the perfect setting for the story being told. Even the sections in pure 3D, viewed in first person, produce a similar effect and are even more strongly reminiscent of the 90s, despite their brevity. The perfect soundtrack, never intrusive and made of dark and very slow atmospheric music, often made up of few sounds, which blend perfectly with the scenery, becomes a perfect setting to help you immerse yourself in the game world. for action.

It is a shame not to be able to speak of Signalis as an excellent game, due to some gameplay limitations that frankly could have been avoided and which reduce the overall impact of the experience. It remains a beautiful horror adventure, in some moments really significant, especially for how it deals with certain themes, moreover capable of proposing intelligent puzzles, which do not have the solution incorporated as now happens in most of the games that crowd the mass market. Precisely these undeniable qualities lead us to advise you, however, keeping in mind what its limits are and which past you try to adhere to, in a way that is sometimes too rigid.

He likes dogs, pizza and popcorn. Already a fanboy of Nintendo and Sony, but today throws anything. He has collaborated on sites and magazines such as GameBlast, Nintendo World, Hero and Portal Pop, but today is dedicated exclusively to Spark Chronicles.
Previous Mayfair witches cycle: the first images of the TV series
Next Schumacher, in the end ‘didn’t make it’: it really happened