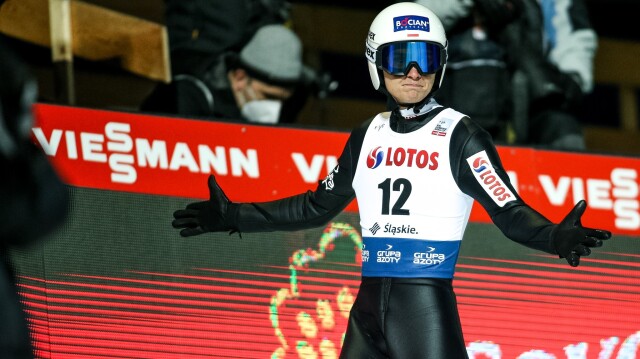 At The first competition series is scheduled for 16 in Nizhny Tagil.

As Eurosport found out in the Polish Ski Association, one of the competitors with confirmed infection is Murańka. He didn’t qualify for Saturday’s competition.

Five Poles will take part in them. As Merk reported, the results of the research carried out in the morning of Polish time do not affect the start of our team.

On Saturday we will see Kamil Stoch, Piotr Żyła, Dawid Kubacki, Andrzej Stękała and Jakub Wolny on the hill.

“Murańka was to appear in the next qualifying round on Sunday. The jumper is going to the second test. There are no symptoms” – Merk informed.

In the previous season, the coronavirus also took its toll on Muranka. For this reason, there was a lot of confusion in the Polish national team before the 4-Hills-Tournament.

Due to the false positive result, the Biało-Czerwoni were excluded from participation in the prestigious event, and then the organizers finally returned them to the competition.

According to Eurosport information, one of the American ski jumpers and one of the German assistant coach also had the result of the SARS-CoV-2 test.

Program of the inaugural World Cup 2021/22 competition in Nizhny Tagil:

Sunday, November 21
14.30 – qualifications – only in Player
16.00 – the first series of the individual competition

David Martin is the lead editor for Spark Chronicles. David has been working as a freelance journalist.
Previous F1. Valtteri Bottas sets the pace ahead of qualifying for the Qatar GP
Next Mega promotion for a 65 inch TV with Android TV and Ambilight!