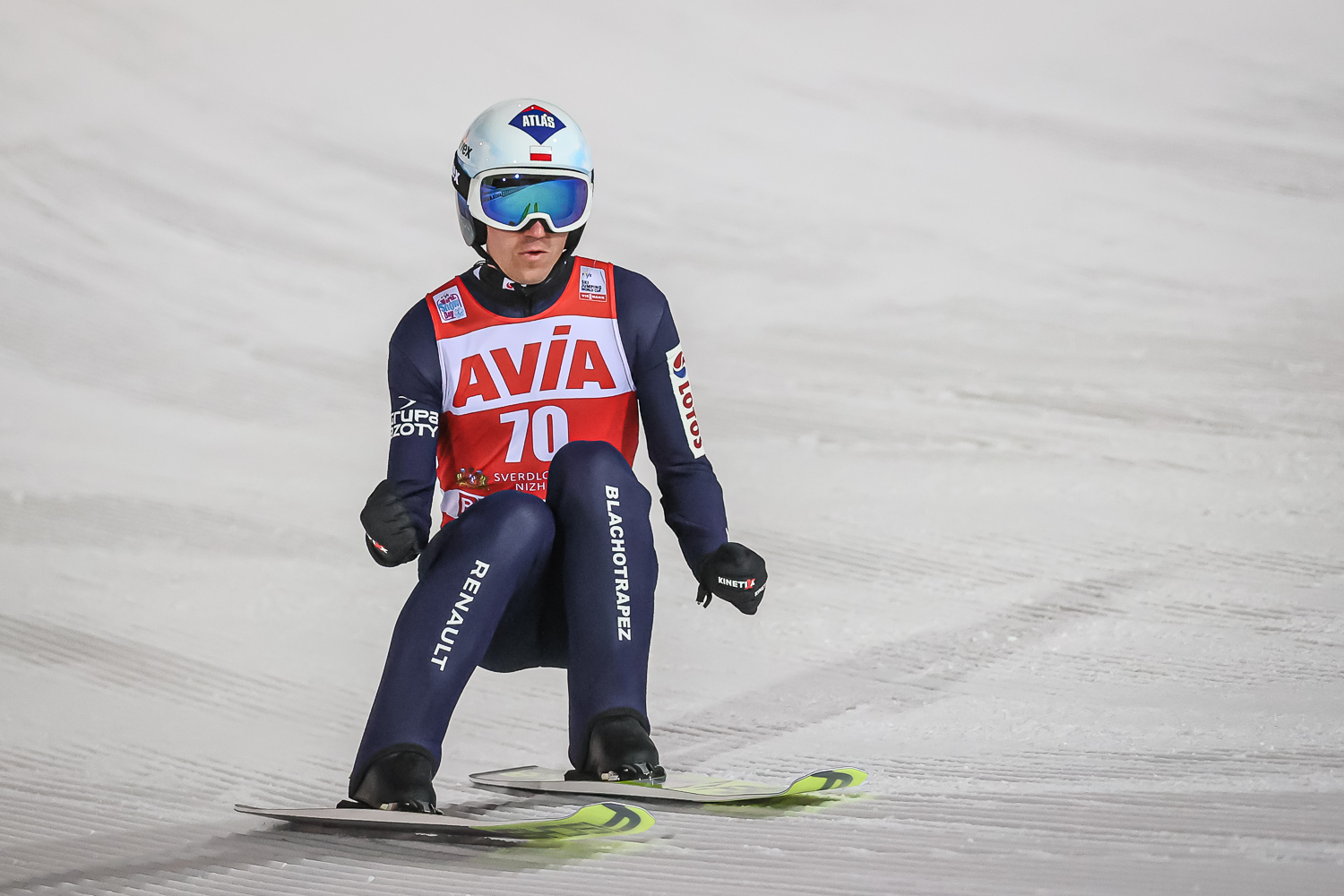 A week after the last tournament jump in Innsbruck, Kamil Stoch returned to the inrun. The 34-year-old Polish representative on Monday made several rehearsals at Wielka Krokiew in Zakopane, which heralds his performance in Friday’s qualifiers at the foot of the Tatra Mountains.

Stoch’s Monday training in Zakopane was watched by, among others, Jan Winkiel, secretary general of the Polish Ski Association. – The last two jumps looked very good. There is a ray of hope – said the activist in an interview with sport.pl.

The three-time Olympic champion trained on a 140-meter facility with Grzegorz Sobczyk, one of Michal Doležal’s assistants. The next classes are scheduled for Wednesday, when the entire national team will prove themselves at Wielka Krokiew.

– On Wednesday, Stoch will be jumping in Zakopane under the watchful eye of Doležal together with the entire team preparing for the World Cup. On Friday, he will compete in the qualifications – declared Apoloniusz Tajner, president of PZN, in an interview for sport.interia.pl.

Kamil Stoch was withdrawn from the 70th 4-Hills-Tournament after an unsuccessful qualification at Bergisel. In the German part of the event, the three-time Golden Eagle winner did not find his way to the scored “30”. The 2013 world champion remains the best Pole in the overall World Cup 2021/22. His achievements of 216 points give him 16th position.

The training staff of the Polish national team has the right to field twelve jumpers for Friday’s qualifications. On Saturday, there will be a team competition, while individual struggles are planned for Sunday.

David Martin is the lead editor for Spark Chronicles. David has been working as a freelance journalist.
Previous The costs of the Fit for 55 are unbearable
Next Coronavirus in the world: state of the epidemic in Schleswig-Holstein, omicron is spreading in the Czech Republic

Before the game, Manchester United was seventh with 35 points. Recently, the Red Devils won …