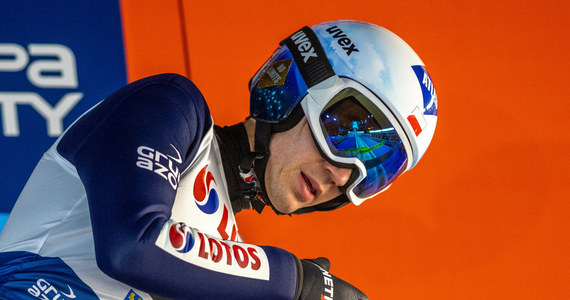 Ski jumping: WC in Zakopane. Kamil Stoch injured. When will he be back on the hill?

Kamil Stoch going through a difficult period. Our jumper was withdrawn from the competition in Four Hills Tournamentto rest, clear your head and work individually.

At the weekend, the Pole was supposed to appear on Wielka Krokiew in Zakopaneto get back to the competition in The World Cup. Unfortunately, during the warm-up he suffered an ankle injury, which excluded him from participating in the competition.

Additionally, Paweł Wąsek and Dawid Kubacki, who received a positive test for the presence of coronavirus, will not perform in Zakopane.which is a huge weakening of our staff.

As he admitted, the length of Kamil Stoch’s rehabilitation will depend on what part of the joint capsule, which ligament and to what extent have been damaged.

– Because there are several degrees. Most often, in as many as 70 percent of cases, the anterior sagittal ligament is injured with such an injury as our jumper. The consequences are then assessed a few weeks after the acute phase of the injury. Usually, it does not require a surgery, but conservative and rehabilitation treatment and it is then a matter of absolute healing – revealed Kruk.

Ski Jumping. Jan Blecharz: It is a discipline available only to a few. VIDEO (Polsat Sport)
Polsat Sport

So when will Kamil Stoch be able to return to the ski jumps?

– As for a professional athlete of the same level as Kamil Stoch, and taking into account that the injury did not arise on the hill, with certainly very intensive rehabilitation activities, pharmacologically supported, the treatment may last much shorter (than in the case of an average person – ed.). It is assumed that, from a medical point of view, 4-6 weeks of rehabilitation is required, but if nothing even more serious has been detected, it may be similar to last year for Robert Lewandowski in case of knee collateral ligament injury. The break was supposed to last 6-8 weeks, and he returned to the field after four – admitted Kruk.

– Professionally practicing sports, Stoch or Lewandowski, looking at the discipline, “are of their age”, but from the orthopedic point of view, they are very young people. This means that their regenerative abilities are really very high. Combined with training and in both cases the best possible medical and rehabilitation care, the time to return to full physical disposition can be significantly shortened – he added.

Ski Jumping. When will Kamil Stoch come back to the hill? Doctor Aleksander Winiarski for Interia

Weather forecast before the World Cup in Zakopane

Ski Jumping. Professor Żoładź for Interia: I do not believe that everyone will be able to rebuild their championship by the Olympics

David Martin is the lead editor for Spark Chronicles. David has been working as a freelance journalist.
Previous Android will work wirelessly in any car. Maybe better than before
Next British Media: Johnson’s dismissal is a matter of time