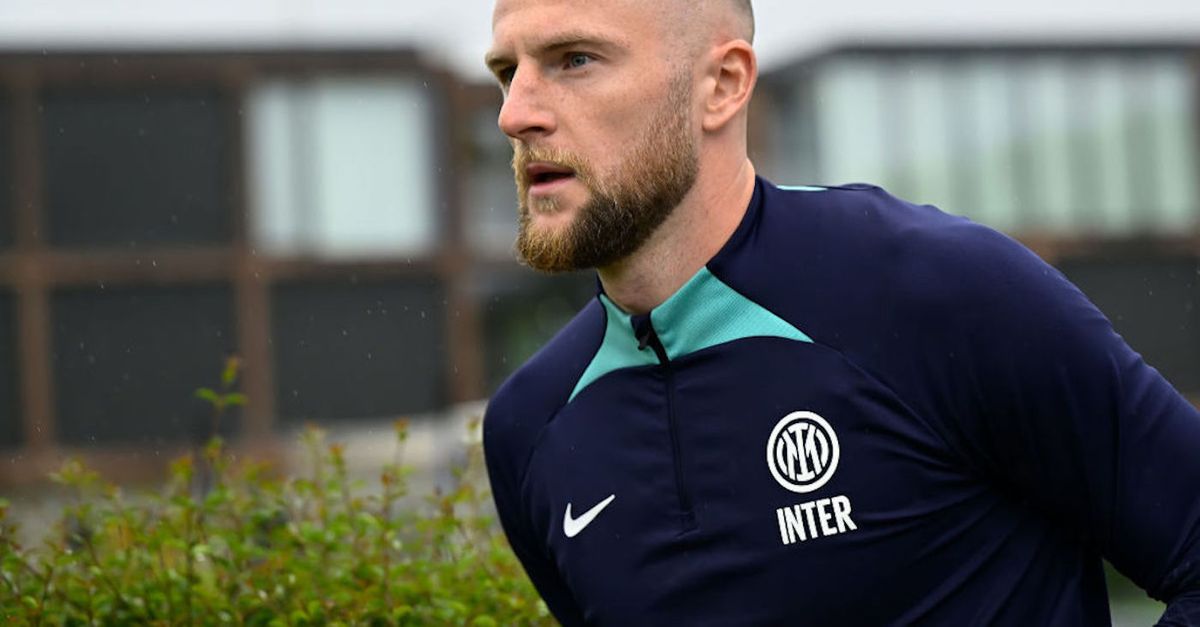 Skriniar, meeting after Barça. From Lautaro to Brozo and Barella: “Stay and win”

His team-mates from Inter want him to stay with the Nerazzurri at least until June. After the Champions League match he will meet Inter

It is shortly before Inter will sit at the negotiating table together with Skriniar’s entourage. In abllo there is the renewal of the defender’s contract, expiring at the end of the year, and the possible. departure in January towards Paris. After the return match with Barcellone the matches in question will meet. In the meantime, the teammates are putting pressure on the player and ask him to stay at least until the end of the season.

“6.5 million a year, the figure that the Nerazzurri managers will now propose to him in the negotiations (very complex to tell the truth). From Lautaro to Brozo to Barella, all important people on and off the pitch, all friends of Skriniar . Sometimes the message goes through jokes, sometimes it gets more serious, but it always reaches its destination. Let me be clear, none of the companions has ever entered into economic issues and the dynamics of renewal. If anything, a few nudges arrive here and there for induce him to complete this strange season all together: especially after Barcelona, ​​the awareness of being able to get back on top has grown, surprising the many who had already played the requiem. And why not, amaze in Europe “emphasizes La Gazzetta dello Sport.

“This kind of” stay six months and we will win together … “, said between his teeth, is a little leverage on the affections: the desire for a last trophy together is equal to the sense of belonging, so much heralded in front of the fans by the central Of course, the Inter players on a mission know that up there on the perch, awaiting the January transfer market, PSG is perched, ready to offer a five-year five-year worth nine million right away: the fork compared to Inter is too high , no one can pretend nothing has happened. And therefore, despite the friendly request, no dressing room mate would blame Milan in the event of a farewell. Among other things, the player did not like the push and pull of the last few months: first he was put around his neck a sign with the words “for sale”, waiting to snatch the best offer from Paris, and then he was tied to the chair in the last days of the market “.

“For its part, the club has in any case already moved in time putting on the plate the money of a membership loan of at least 100 million euros which makes the foundations of the club more stable: they are also useful resources to renew the Slovakian’s contract, they arrive from the famous 275 million of the Oaktree loan. If the deal were to fail (and Skriniar did not put his foot too far …), these new ammunition would help to raise a new wall against PSG. It would be a no to the hypothesis of sale in January , with a consequent loss to zero in June. Not the best for the club’s coffers, but their teammates would certainly not be sorry: their mission in Slovakia would have reached the goal. “explains Gazzetta.

David Martin is the lead editor for Spark Chronicles. David has been working as a freelance journalist.
Previous Be careful to use Postepay online: this is what could happen
Next Ukraine latest news. Biden: There is the threat of a nuclear apocalypse