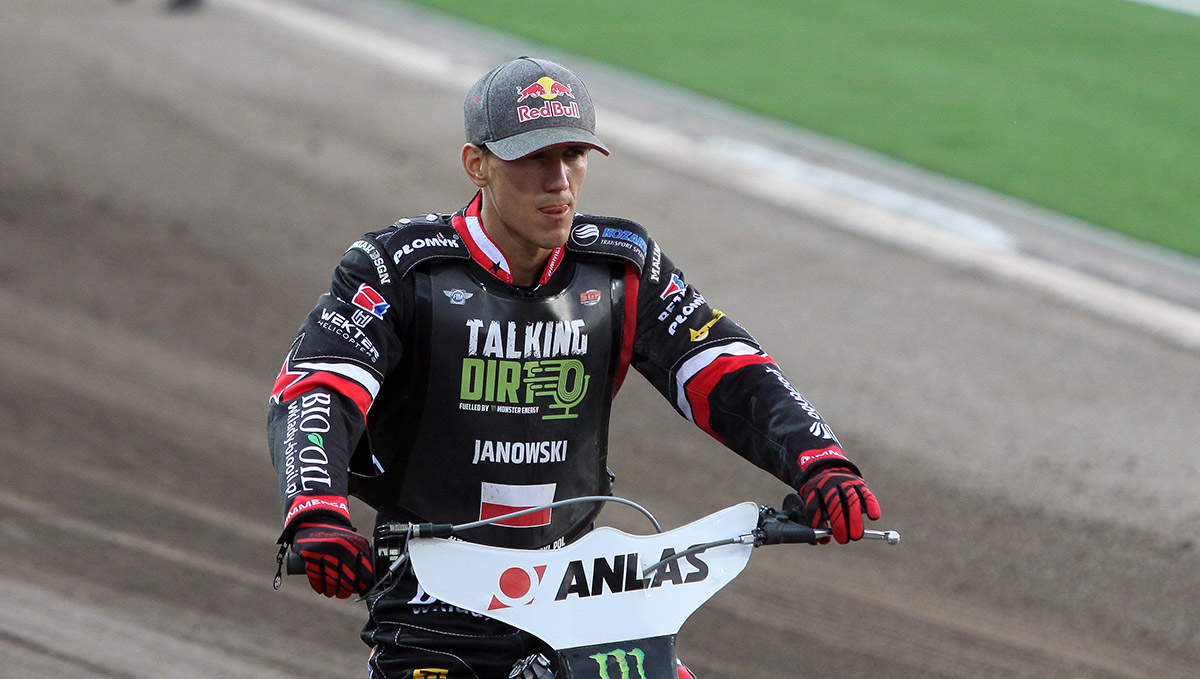 Slag. A sincere conversation by Maciej Janowski. He told about his relationship with Zmarzlik

In the “Trzeci wiraż” program, Marcin Majewski’s guest was the captain of Betard Sparta Wrocław – Maciej Janowski. During the conversation, the most interesting issues from the last season were raised, such as the final of the SoN in Manchester or relations with Bartosz Zmarzlik.

After a longer break, the “Trzeci wiraż” program, hosted by Marcin Majewski, returned to the nSport + station. This time the journalist talked to Maciej Janowski, who in the 2021 season won the gold medal with Betard Sparta Wrocław in the PGE Ekstraliga games. The rider himself, with a running average of 2,582, was the most effective rider of his team.

The interested person himself confessed that he interprets the events of the above-mentioned finals as a natural element of sports rivalry. – We did our best for two days. A little misunderstanding where I was in the wrong place at the wrong time. This is what this sport is like. I’m not going to dwell on it or overthink it. I focus on what is in front of me – said Janowski.

SEE THE VIDEO Speedway. Experts pointed out the shortcomings of the Fogo Unia Leszno team

Captain Sparta also revealed the backstage of the unfortunate run in Manchester. – Before the run, we talked (with Bartosz Zmarzlik, editor’s note) about how we would like to choose our paths […]. Maybe there was a lack of communication on the track and such trust, because we told ourselves that I would be riding on the “fence”. On the other hand, Bartek did not see me, because I was too far away and he could be afraid of the driven Robert Lambert. It was a very dynamic situation. I am far from blaming Bartek or myself – he explained.

In the 2021 season, one of the main topics in the media was the relationship between Janowski and Zmarzlik. Let us remind you that the “clash” of the two Poles took place during the final of the Individual Polish Championships in Leszno, where first Zmarzlik drove up to the Betard Sparta player, who responded the same after a while. What was the reason for this difficult relationship?

– We cleared it all up. I would not like to pull this out on the agenda as I say it should stay between us. This is my opinion – commented the Wrocław resident.

During the decoration of IMP, Janowski quickly left the podium, where the winner of Zmarzlik and the winner of the bronze medal – Janusz Kołodziej remained. Thanks to the interview on the “Third Turn” program, the whole situation was finally explained in detail.

– I do not see a problem in this situation until the end. I feel more sorry for this situation on the track, where I let myself be provoked and burst out. However, this was due to what happened before the IMP. I did not know that the situation from the podium could hurt anyone. I didn’t want to splash with champagne with my friends from the podium. We shook hands after the competition, we listened to the anthem, I decided to give champagne to the fans from Wrocław. I did not know that it would be so badly received – said Marcin Majewski’s interlocutor.

The program also touched on the conflict with Marek Cieślak. It was caused by sick leaves presented by the players of the national team before one of the team’s matches, when the aforementioned Cieślak was its coach.

– It seems to me that the time that has passed since this situation probably tired me and coach Marek. I admit that I can’t live in problematic situations for too long. A lot of dirt was spilled on my name then. A lot of people described the whole situation without knowing it from the inside […]. With the coach, we went through too much together to cut it off now – summed up Janowski.

Moreover, during the conversation the fans could learn how the captain of “Spartan” and the Polish representative likes to spend their free time the most. The competitor revealed that he enjoyed moments with his family and pets the most. Interestingly, the rider’s passion is also broadly understood art. Whenever possible, he likes to visit art galleries, although, as he said himself, he does not have any artistic talent. He is much better at riding a speedway motorcycle.

See also:
– TVN takes over another sport after jumping ?! This could be a real bomb!
– She received a drug for over PLN 9 million. Father says what happened after 20 hours.

David Martin is the lead editor for Spark Chronicles. David has been working as a freelance journalist.
Previous Kia unveils the details of the new Niro. It will debut on November 25
Next Tension between Russia and Ukraine. The Kremlin takes the floor