Leaves Evertongoes into David Neres. One for the other. Brazilians, men of dribbling, samba and swing. Canarinha gentlemen and recognized quality. Cebolinha’s journey through Luz was not exactly a happy one and Neres, a native of São Paulo, seeks to find happiness in the Eagle’s Nest after an extraordinary situation that prevented his debut for the Ukrainians of Shakhtar Donetsk. 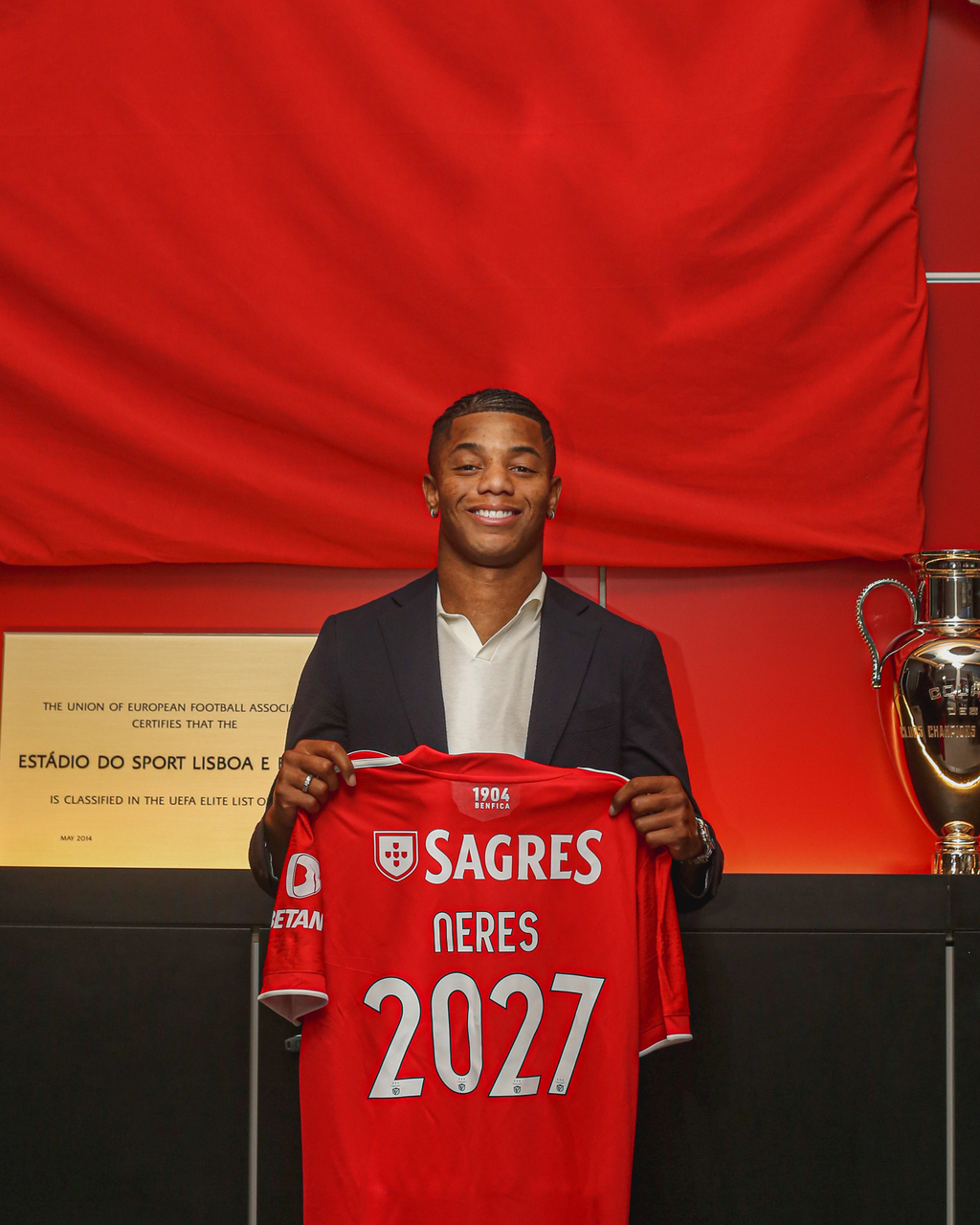 Born in São Paulo and from the neighborhood of Perus, Neres completed his training at the Tricolor, where he reached the age of 10 to the delight of his father, a staunch supporter of the club. He was a defender and a defensive midfielder, but «his place was not there». «Learned to score», as he told the ESPNand that became a habit: «Today I find it easy to do it».

Family. The secret of a «good childhood». The paths were tight, authentic mousetrap labyrinths. Hero father and mother for four children: «We didn’t depend on football. At home we didn’t always have what we wanted. There wasn’t much food, but we never went hungry either. My father worked hard to support the family and, together with my mother, gave us a good childhood”, he told the renowned Voetbal International.

At 14, he officially established himself as a forward and the rise in the base categories from São Paulo was done with ease. Talent was visible from a distance and the first team appeared in the midst of a glorious climb. Alongside names like Lucas Fernandes (Portimonense) and Luiz Araújo, the young winger won the under-20 Libertadores Cup and two Copas do Brasil at the same level.

It was a matter of time. In 2016, Ricardo Gomes, former Benfica centre-back and coach of the São Paulo team, did not hesitate to call the guy a “snooze” full of energy even at a delicate time in qualifying terms. Looks never matched style. Not least because Neres personified precisely the opposite of monotonous football, with an unusual quality in his left foot. Pure extreme, owner of an enviable technique and compared to one of the biggest Brazilian stars, Neymar Jr.

There were nine games sitting on the substitutes’ bench, a shoulder injury that delayed his debut and made Neres tremble: «I was afraid. I feared I wouldn’t be able to get back to the good shape I was in. But I had everyone’s support and I ended up coming back confident, determined to work and show my football».

Until, on October 17, 2016, the opportunity arose against Fluminense: «I thought I wasn’t going to play in that game. I was warming up and Ricardo Gomes called someone. I was next to Luiz Araújo, who always came in, and I thought it was for him. So I didn’t even go, I just stood there. Then the bank staff shouted, ‘No, no. You’re the one going in, David!’ (laughs)», he recalled.

Thirty memorable minutes that served as the impetus for a goalscoring debut in the next match against Ponte Preta. “I didn’t even know how to celebrate,” he admitted at the end of the game. There were three in eight games for São Paulo and a presence in the South American 2017: golden ticket for a mind-blowing trip to Amsterdam and to one of the most prestigious institutions in the world of football.

The trip to Amsterdam

Neres «did not even have time to say goodbye to São Paulo», former director Marc Overmars stressed that Ajax was hiring «one of the most promising talents in South America» at the age of 19. Ajax paid nothing more, nothing less than 12 million euros in cash (with a chance of reaching 15) for a star desirous of an injection of power. At the time, in 2016/17, David Neres was the most expensive foreign signing in the history of the Eredivisie and the second most expensive signing in the history of the Dutch champion.

Expectations were high, but the idea never came to hinder adaptation or force the evolutionary process. He started in the B team (Jong Ajax) and always had his eyes on the first team. He went up, he helped Ajax reach the Europa League final and after that… exploded.

skillful, beast on the flanks, fanciful like ’10’. Two excellent seasons (2017/18 and 2018/19) and appearances in the national team took David Neres to his peak. The 2017/18 season, the best in individual recordsfeatured an exciting campaign by Ajax in the Champions League, with the Brazilian’s performance against Real Madrid (1-4) grabbing millions to the screen.

Offensive football in the Dutch way married David Neres and David Neres married Ajax. The relationship was at the peak and lost some strength over time. Injuries, exhibition inconstancy and competition at the height (say Antony) led the club to opt for a sale. The destination was Donetsk, but the nightmare of the war in Ukraine took the extreme to Lisbon. The ball is in Neres and Roger Schmidt’s court.

Videogames entered his life in the late '80s, at the time of the first meeting with Super Mario Bros, and even today they make it a permanent part, after almost 30 years. Pros and defects: he manages to finish Super Mario Bros in less than 5 minutes but he has never finished Final Fight with a credit ... he's still trying.
Previous the first works and the part in Un posto al sole