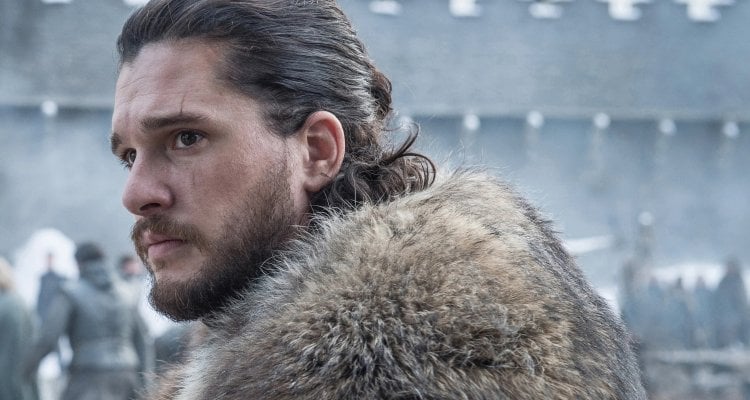 Snow: George RR Martin confirms that Kit Harington came up with the idea for the spinoff

George RR Martin confirmed that it was Kit Harington who came up with the idea for the potential Snow spinoff, in its early stages of development.

George RR Martin clarified the rumors regarding a Game of Thrones spinoff, confirming that it is in development Snowa project created by the protagonist himself Kit Harington.
The writer posted a post on his website revealing that there are four shows in development.

Kit Harington played Jon Snow on the Game of Thrones series from 2011 to 2019, and her friend and colleague Emilia Clarke revealed to the BBC that the star had helped create the series from the very beginning.
George RR Martin has now explained: “There are four successor live-action shows in development for HBO“.
The writer added: “However, it appears Emilia Clarke already mentioned that Snow is Kit’s idea in a recent interview, so that part has been revealed. Yes, it was Kit Harington who came up with the idea. I can’t tell you the names of the writers and showrunners, because he’s an element that hasn’t yet had the green light to be revealed … But Kit brought them too, his team, and they’re incredible.“.

Martin went on to say that he is involved in the development of the series as is the case with the other potential series The Hedge Knight, The Sea Snake, and Ten Thousand Ships, in addition to all the animated series. The author stated: “Kit’s team visited me here in Santa Fe and worked with me and my team of brilliant and talented writers and consultants to shape the show.“.
Potential series are still in the scripting stage, notes have been shared, and various drafts of the scripts have been made. George reiterated: “Television works this way. Please: Remember that nothing has been given the green light yet, and there is no guarantee that this or another of these shows will be made. The possibility of all four series coming to screens … I’d love to, but that’s not how it usually works …“The development of Snow appears to have started around the same time as the other three series, however for some reason no rumors about the project have emerged so far.

David Martin is the lead editor for Spark Chronicles. David has been working as a freelance journalist.
Previous The reinvention of lingerie after the pandemic
Next After all, it was an “open relationship”… and it went wrong! How Shakira was betrayed by the deal she made to save her marriage to Piqué-The Mag