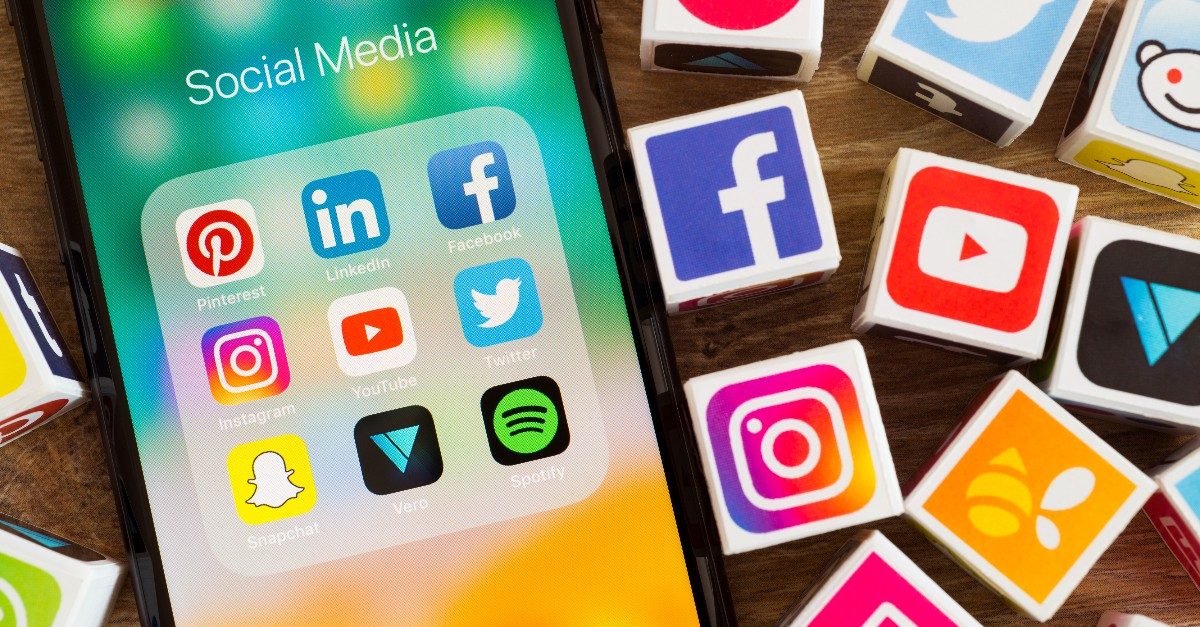 And what better way to share my thoughts than by spitting them out online? – Emma Stone from the movie Easy Girl

June 30, 2010 – Mashable create the Social Media Dayan occasion to celebrate and to recognize the impact social media has had on communications worldwide. For those who don’t know, Mashable is a digital media platform, news website and entertainment company founded by Pete Cashmore in New York in 2005. They are known forstrategic use of social mediaas an integral part of them communicationand for their prizes, i Mashable Awardswho recognize the best services and the best online communities.

Cyclically we talk about social detox (literally detox from social media), for many, in fact, the massive use of social media it is harmful: the idealized version of oneself (between a boat photo and a climbing session) often does not reflect reality and risks creating only a sense of inadequacy or worse, performance anxiety.

But it is not all negative, there is no doubt, in fact, that i social media play a very important role insocial and collective evolution: they give everyone the opportunity to have a voice and are a useful tool in finding news and information. Twitterfor example, it was used to organize protests and report events during the Arab Spring, between late 2010 and early 2011. YouTube launched Justin Bieber, Ed Sheeran and many others, not to mention the infinite number of Influencers children of the algorithm of Instagram. In short, i social media they open up a world of possibilities for anyone who knows how to exploit them correctly.

Finding work on Tinderas in France
It is the initiative launched by the French government to help young people (between eighteen and twenty-five years old) to find seasonal work this summer. L’dating app and the government portal 1 jeune, 1 solution (a young man, a solution), which deals with promoting youth employment in the country, proposing internships, internships and other solutions for study-work alternation, have entered into a partnership until next 31 July.

But how does it work? Scrolling through each profile in search of the perfect summer flirt, the youngest will come across slogans such as “Are you looking for an opportunity?”, Or “Join the adventure to create your future”, with the objective to intrigue and bring the government initiative closer. Not real job advertisements then, but a gimmick to attract: one swipe on the right – the same with which on Tinder interest is expressed – and the user will be sent back to take them confidential, where they can consult over 70,000 seasonal job offers, such as waiter, cashier, gardener and many others.

Find love on Facebooklike in Pakistan
Tinder and the others dating app were banned by the Conservative government in September 2020, as deemed immoral. Like this Facebook it turned out to be the only valid alternative to the old – and still widespread – tradition of arranged marriages, in the search for a soul mate.

Accessible only to Pakistanis and supervised by a large team of moderators, for the past 18 months i private groups for appointments have multiplied: Two ringsfor example, born in 2019 thanks to Fakiha Khan (a girl who created the alternative on Facebook to help friends find a husband), has more than 230,000 members and, to date, would have favored the marriage of 335 couples. There are also more elitist examples, such as those reserved for current and alumni of the country’s main universities, the People of IBA and the LUMS – Lahore University of Management Sciences.

The most curious aspect of the phenomenon is that all of these appointment groups on Facebook they were born and raised alone, as she was never released in Pakistan Facebook Datingthe dating function launched in Colombia in 2018 and then spread to Europe – including Italy – in October 2020.

To find the perfect vacation on Instagram and Tiktok (with hashtags)
The online platforms they represent a source of inspiration in every sector, but it is on the travels that they have specialized in recent years, between travel influencer And wanderlust syndrome (German term which translated means “desire to wander”), which became viral also thanks tohashtag homonym.

Vacation photos, especially during this period, monopolize the feed, therefore, how to orient yourself? The best starting point is the hashtag created and highlighted by them social media: #italiadiscover about Instagram and #tiraccontolitalia on Tiktok, which respectively collect 396 thousand posts and 922 million views. Another trick is to track them hashtag present right in those photos of yours feedor following influencer and travel experts smaller, so as not to be intimidated by large numbers.

A tip for summer 2022? Saranda and Valona (Albanian Riviera), in southwestern Albania.

Social Media Day, 5 social networks to keep an eye on

One way to celebrate the Social Media Day is to try some new platforms. Our suggestions:

Busuu – Created in London in 2008, it is the largest social network for learning a foreign language. With more than 80 million native speakers enrolled, it has a double benefit: each user can improve, or help another student, enhance their language skills. Another advantage: the lessons last only 10 minutes.

Strava – Launched in 2009, it was initially aimed only at those who practiced cycling and running. Since 2021 it has become an integral tool for keeping track of all types of fitness activities: swimming, weight lifting, yoga, skiing. Under the motto of “If it’s not on Strava, did it really happen?”, It’s a kind of Facebook for sportsmen: instead of likes there are kudos and anyone can register and publish their personal bests, including trophies and challenges with rewards in virtual clubs.

Nextdoor – And the social network dedicated to the good neighborhood. Founded in the United States in October 2011, it is currently available in 11 countries, including Italy. The basic idea is to connect the inhabitants of the same neighborhood, creating local communities to improve their lives and make them safer. Do you need a babysitter? Need a hand with the cat in August? Here you can ask for help. Not only favors however, the platform is also used for safety signals and, in the best neighborhoods of Caracas to organize barbecues or parties.

Blinkoo – And the first social media travel community. Six months after its launch, it brings together over 50,000 travelers. Far from mass tourism, over 430 travel influencer and enthusiasts can upload short videos in which they tell about authentic and unprecedented travel experiences, to accompany anyone in the stages of organizing a do-it-yourself trip. The goal is to enhance the lesser-known territories, but there are also tips on the most popular and well-known destinations, with a more surprising and new interpretation of the place.

My Heritage – With more than 103 million users, it allows you to create your own family tree, including archival photos and billions of historical documents. It can also be used to find your ancestors and get information about them, thanks to DNA analysis.

David Martin is the lead editor for Spark Chronicles. David has been working as a freelance journalist.
Previous Santos fans ask for Neymar’s return on social media: ‘#VoltaNey’
Next Hocus Pocus 2, the trailer

Very little is missing from the release of the new one The Batman: Thursday March …