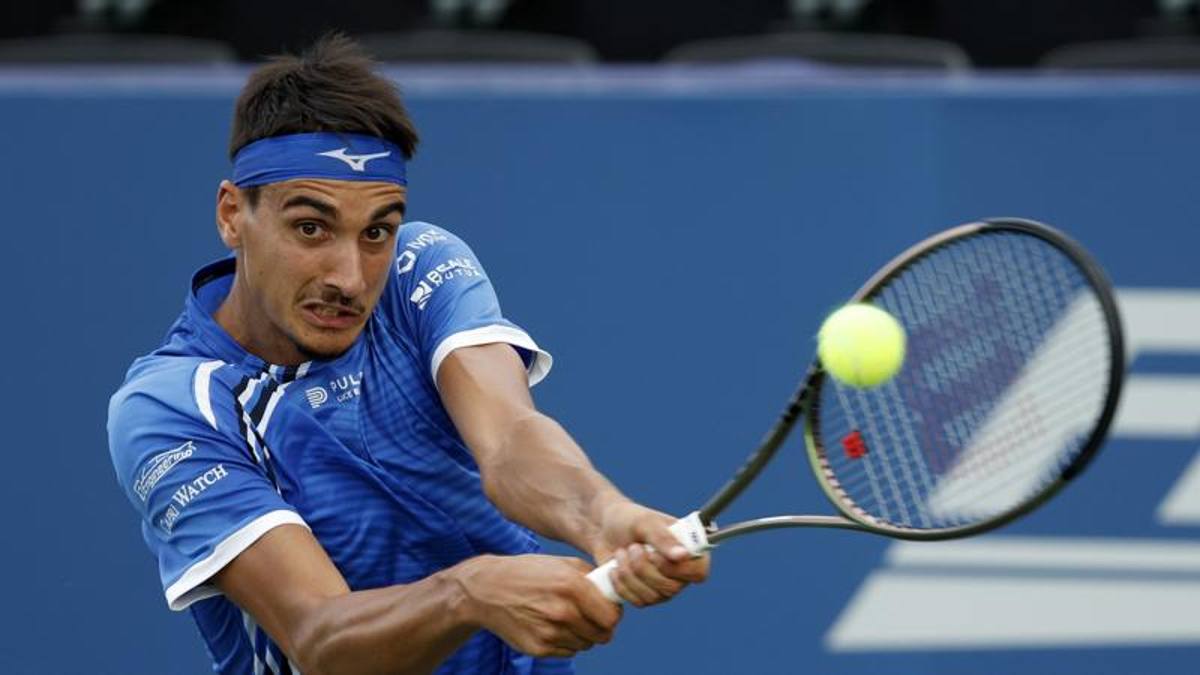 The Turin player imposes himself on the Polish Top 10 in two sets and reaches the first final of the season. Tomorrow he will challenge Wawrinka or Bublik

Lorenzo Sonego’s perfect week continues. In Metz, the Italian who reached the semifinals without losing a set, knocks out the Top 10 Hubert Hurkacz in the minimum of partials and reaches his first final of the season. After last day’s splendid performance against Sebastian Korda, the Turin-born won over the Pole with a score of 7-6 (5) 6-4, at the end of an hour and 39 minutes of play. Tomorrow he will go in search of the third career title against the winner of the second semifinal of the Moselle Open, which will feature the Swiss 284 Atp Stan Wawrinka (coming from the qualifiers) and the Kazakh Alexander Bublik (44 Atp).

It is an offensive and concrete start that of the Turin player, who concedes very little to the service and shows himself proactive by pushing forward. While Sonego opens the field well, varies and goes to take the points at the net, in the other half Hurkacz appears more passive but equally solid clinging to his faithful friend serve. There is no shadow of break points for the entire set that culminates at the tie-break, and if in the previous portion of the race the services were the great protagonists, in this case it is the exact opposite with the challengers who evade quickly. joke each other. The turning point arrives at 5-4 thanks to an amazing straight passer who slips Hubi on the line, and leads Lorenzo to serve for the set, closed for 7-6 (5) in 56 minutes.

At the change of field Hurkacz knows he has to put his foot on the accelerator to try to change direction in the match and in the second game he pushes up to the advantage on the opponent’s serve. Sonego lives his first uncomfortable situation but is good at getting out of it quickly. Only after an hour and 28 minutes, in the seventh game, the first two break points of the game arrive and are tinged with blue. In the course of a tiring exchange from the baseline, the Pole is the first to yield, sending a backhand into the net and Lorenzo consequently on 4-3. Confirmed the advantage, Hurkacz tries to stay attached to the score but the Turin player does not leave him enough space, sealing everything at 5-4 with a zero service turn. Sonny is back.

“I am very happy because it will be the first final of the year”, declared Sonego who with today’s victory takes the lead 3-1 in the balance of the comparisons with Hubi, here holder of the title. “I played well and I improved day after day. Hubi is very strong in his serve, it is difficult to answer him and I am satisfied with how I played. I worked a lot with my coach and I just have to say thank you ”, Lorenzo thought towards his corner, where the presence and support of Gipo Arbino were as strong today as ever. “We are together every day and it’s nice to share this moment with him”.

David Martin is the lead editor for Spark Chronicles. David has been working as a freelance journalist.
Previous Johnny Depp and Amber Heard, from Elon Musk to James Franco: here are the celebrities who will testify at the trial for defamation
Next Smart working: more free time, but stress increases – Economy