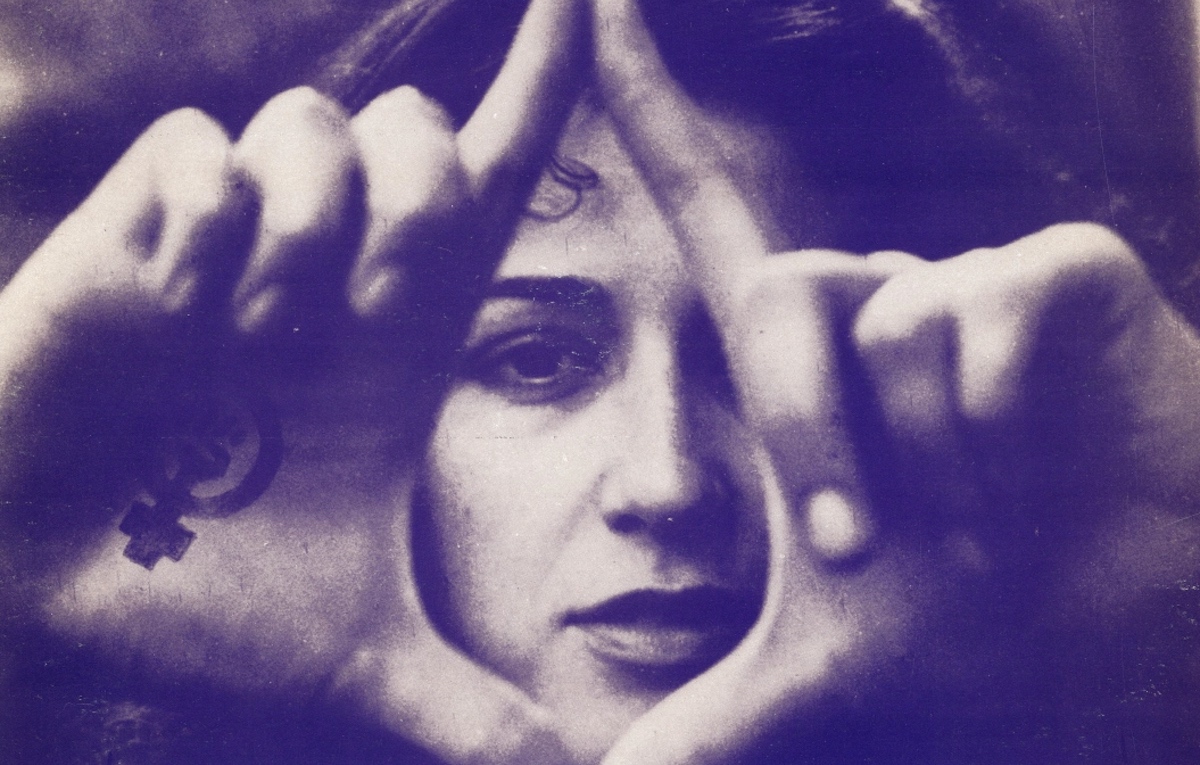 During the ’60s and’ 70s, many women from all walks of life gathered in collectives to emerge from isolation and question the prospects for emancipation. Within these collectives the predominant role of man is rejected, patriarchal thought and the image of woman seen as a subordinate being capable of reproduction. At the political level there is discussion of the male hierarchical rules in force in the parties. This is a prelude to the birth, within the New Left, of the Communist Feminist Collective and of organizations such as the Italian Sterilization and Abortion Center, an abortion clinic (when Italian law is still beyond approval) created in Florence by Emma Bonino and Adele Faccio.

Over time, the collectives grow and are transformed into a widespread social phenomenon, with numerous events and meetings. Certain themes begin to find space within free radios, newspapers, publishing houses multiply (see La Tartaruga, still in business today), theater groups and record works. It is inevitable that music becomes a speaker for many of the themes described, with albums made by songwriters, groups, associations and collectives. Works that, from the first naive attempts of the 60s up to the hot season of the 70s, will become more and more radical and combative, or will only deal with the subject at times (see the beginnings of Rettore and Nannini), but in a destined way to leave their mark. There are also interpreters who sing lyrics written by men, but fighting for the cause in the same way as their companions. The following is a list of the top 10 albums, in chronological order. 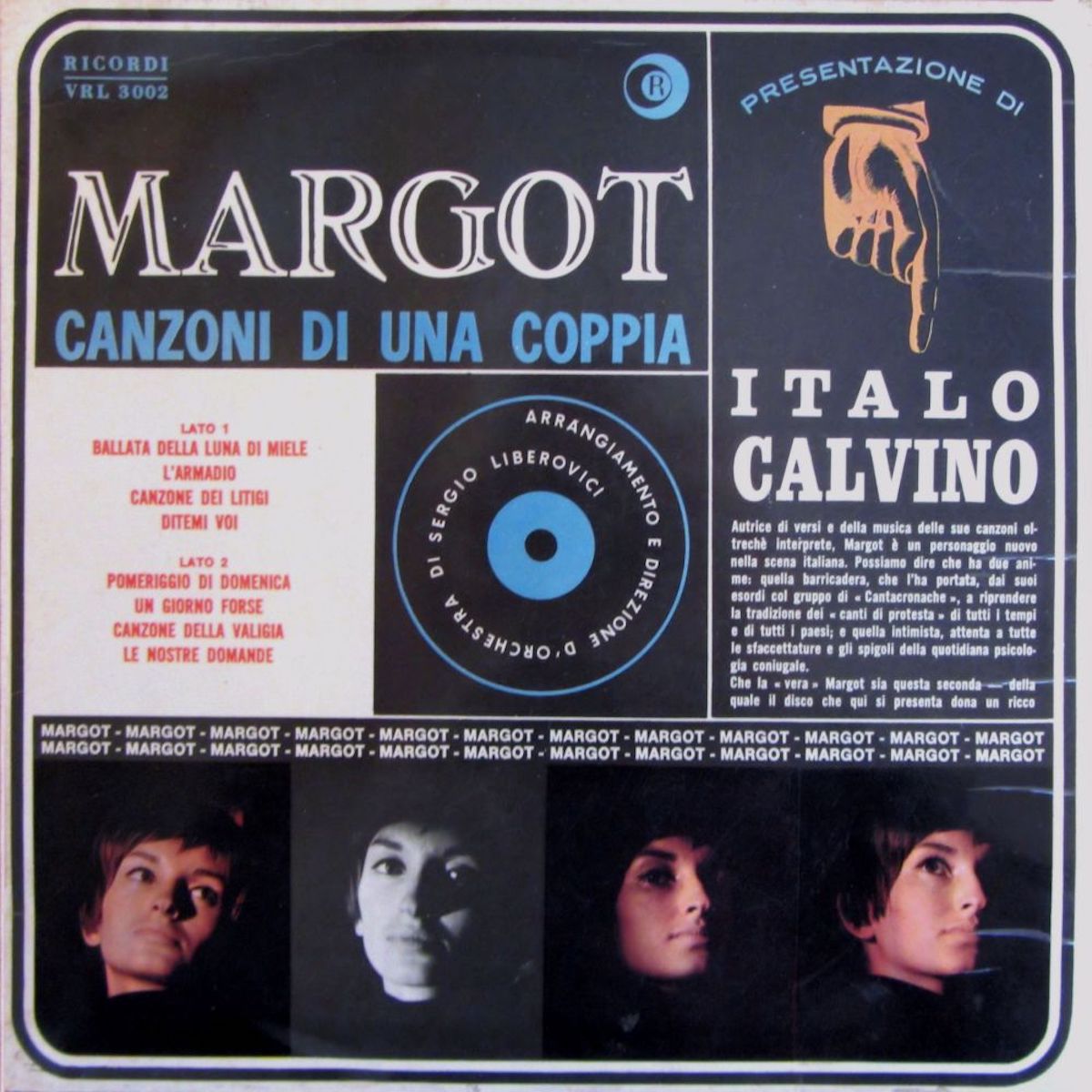 Songs of a couple is one of the first albums released in Italy by a singer-songwriter. The protagonist is Margot, stage name of Margherita Galante Garrone, who analyzes the most controversial sides of the couple’s relationship, plays the parts of both characters during a quarrel, portrays a woman who, wearing makeup, notices the time passing while her husband indifferent he reads the newspaper, imagines the future of the union when the children have grown up. They are pictures of life in which a woman questions herself, as never before, about her weight within society and marriage. 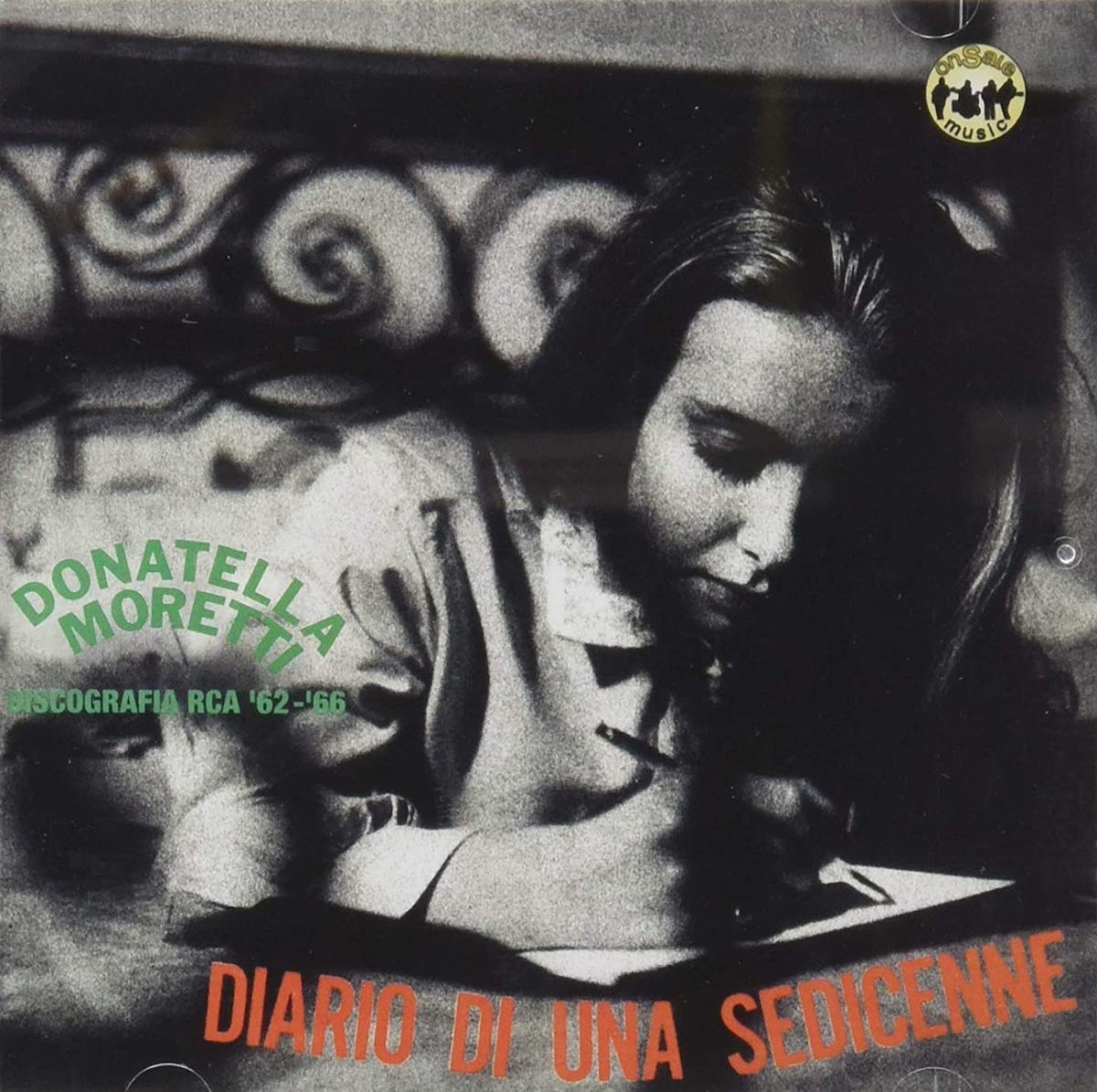 Donatella Moretti’s is one of the first Italian concept albums. The record tells the thoughts of a teenager as if it were a diary, but it does so with a decidedly revolutionary attitude for the time. The protagonist is never a mere spectator of what happens to her, but she seeks an active role to say things about her life and, when appropriate, report them, see Marriage of interest, explanatory right from the title. The songs are written by Loredana Ognibene, with arrangements by Ennio Morricone. 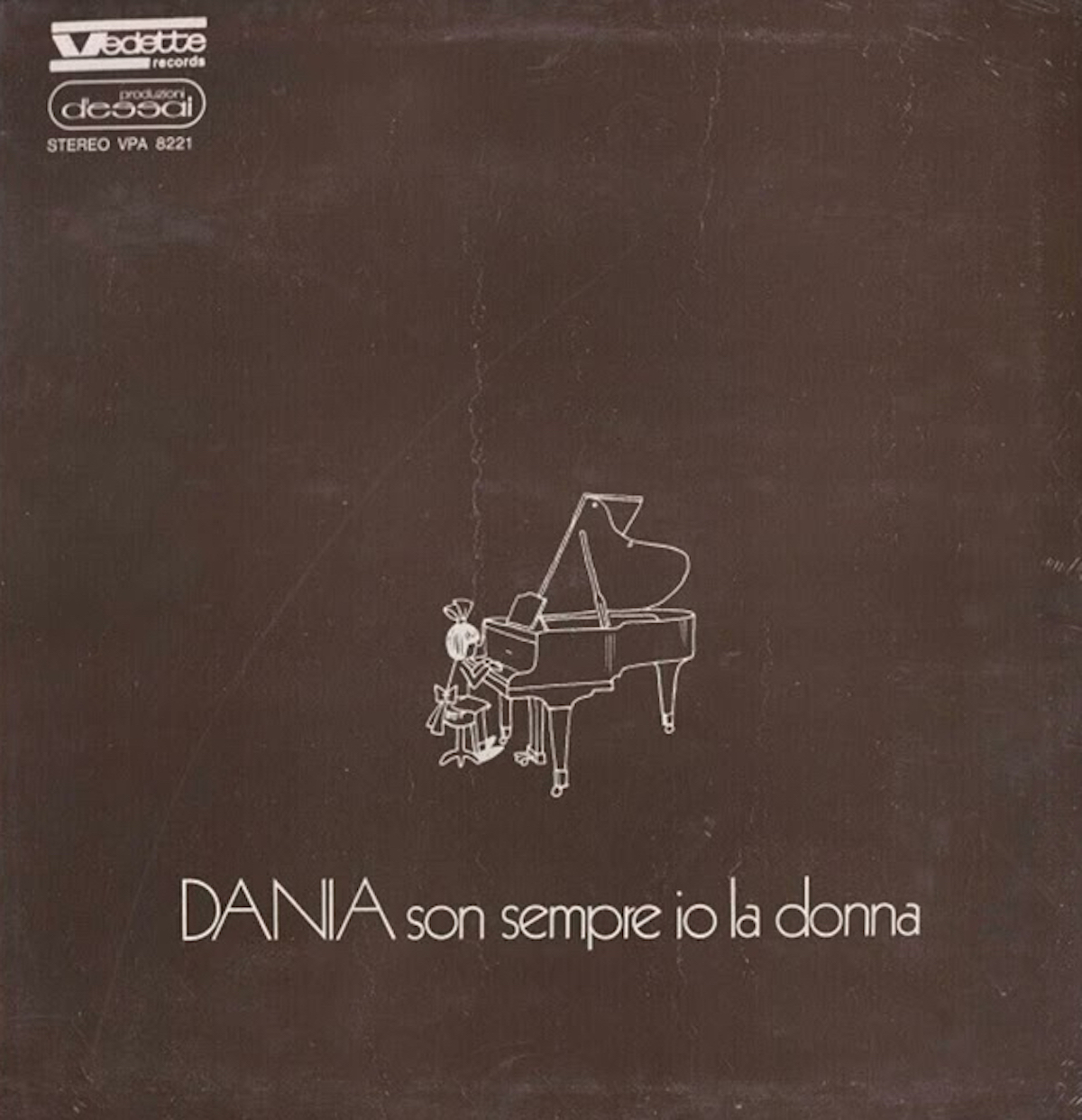 It is the composer Gianni Siviero to take care of the songs of the concept I am always the woman of the young singer Dania Colombo, who had previously interpreted the theme of the film The cannibals by Liliana Cavani. The album, arranged by Virgilio Savona, includes a series of symphonic pop songs with lyrics that – like those of Margot’s album – question constructively about the couple, refusing to take the blame for man, facing loneliness, the relationship with parents and domestic violence. 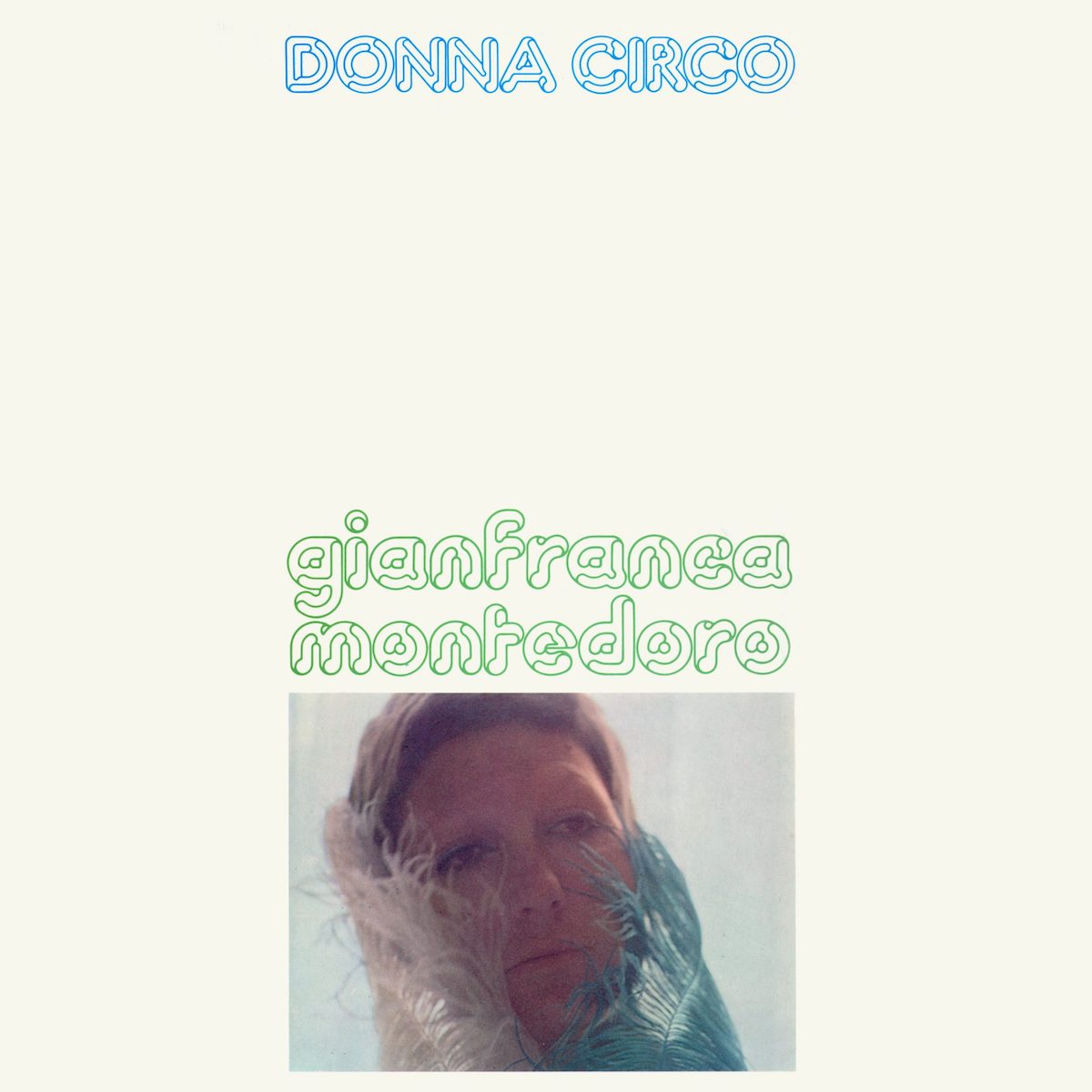 Circus Woman it is recorded (with the help of the musicians of the Italian prog group Murple), printed and never distributed due to lack of interest from the record company. Montedoro comes from jazz and the disc was born from the lucky meeting with the poet Paola Pallottino who composes the lyrics of this extraordinary pop / jazz / prog concept in which experiences and contradictions of the female universe are analyzed as if they were circus numbers. Snubbed by the representatives of the Movement, the album will have to wait until 2021 to see the light thanks to the reissue edited by La Tempesta.

“Songs of women in struggle” The Feminist Songwriter (1975) 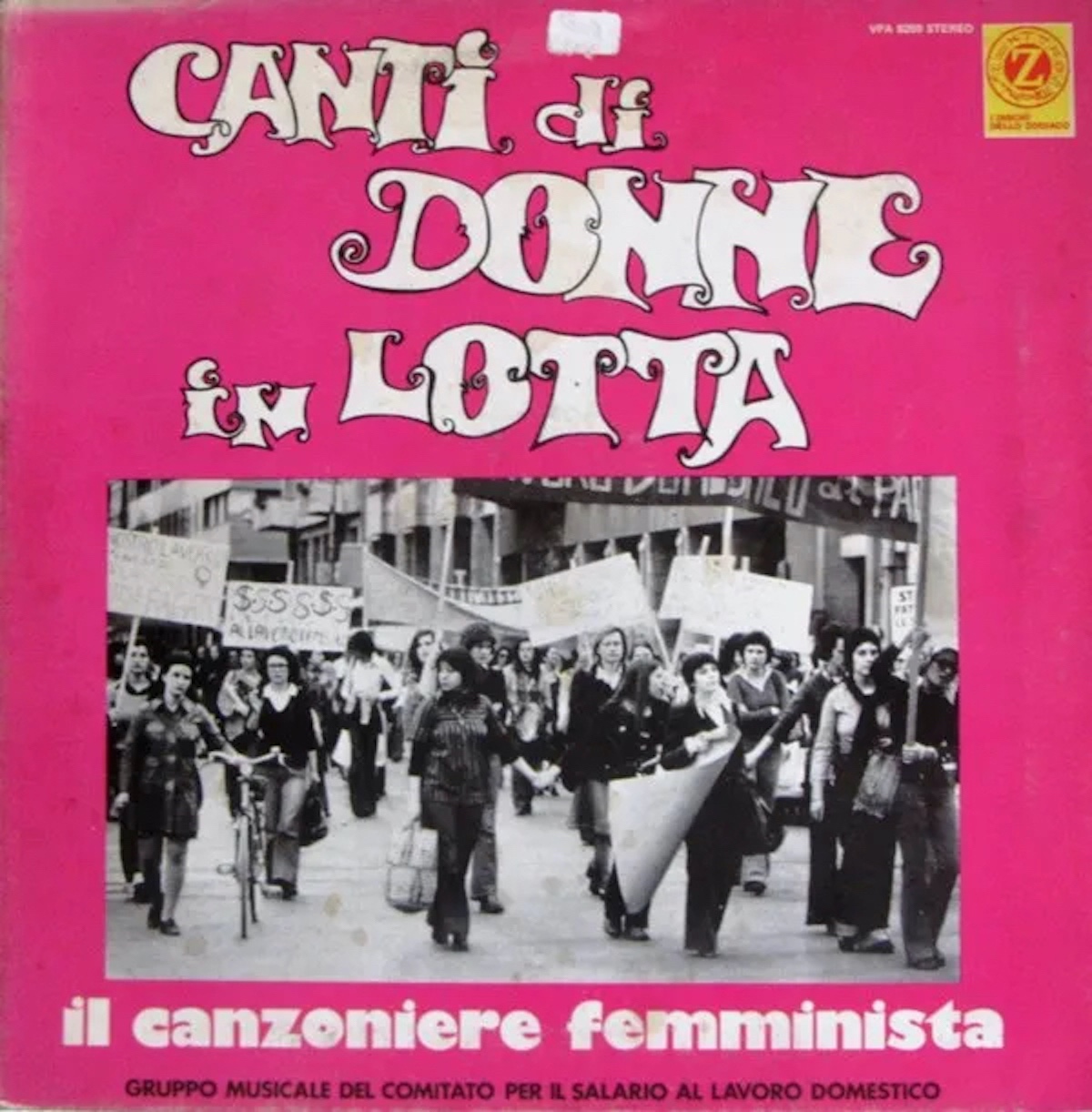 Here we are in very roots territories, with guitar songs and vocals, recorded without great means in which the message of the text is the most important thing. The Canzoniere Feminist is a musical ensemble born within the Paduan Committee for the Recognition of the Salary for Housewives and interprets songs on May 1st transfigured into the “domestic work strike day” and others with titles such as State abortion, Love and power or Once upon a time, story of a rape outspoken. A great document of strength and inspiration.

“To the rediscovered sisters” Antonietta Laterza (1975) 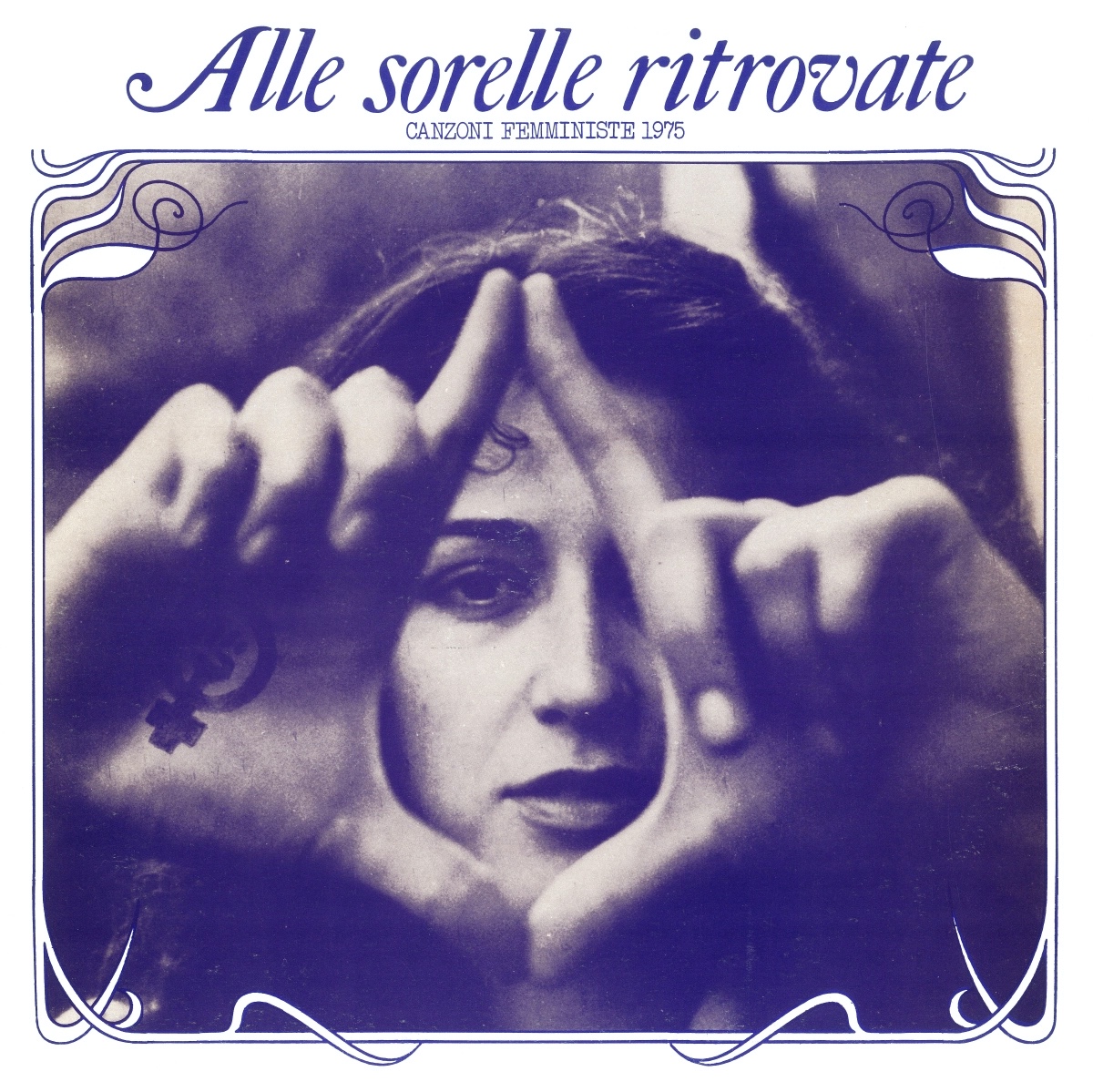 One of the manifesto albums of the feminist struggle of the ’70s. Antonietta Laterza is a singer, actress and an integral part of the Movement. In 1975 Gianni Sassi offered her the opportunity to record for Cramps To the sisters found, live record in which she is accompanied by guitarist Nadia Gabi. The strong identity is highlighted above all in passages such as Simona, on love between women as opposed to the “obligatory heterosexuality” to which society drives. The cover, depicting the activist Valeria Magli, will become iconic. 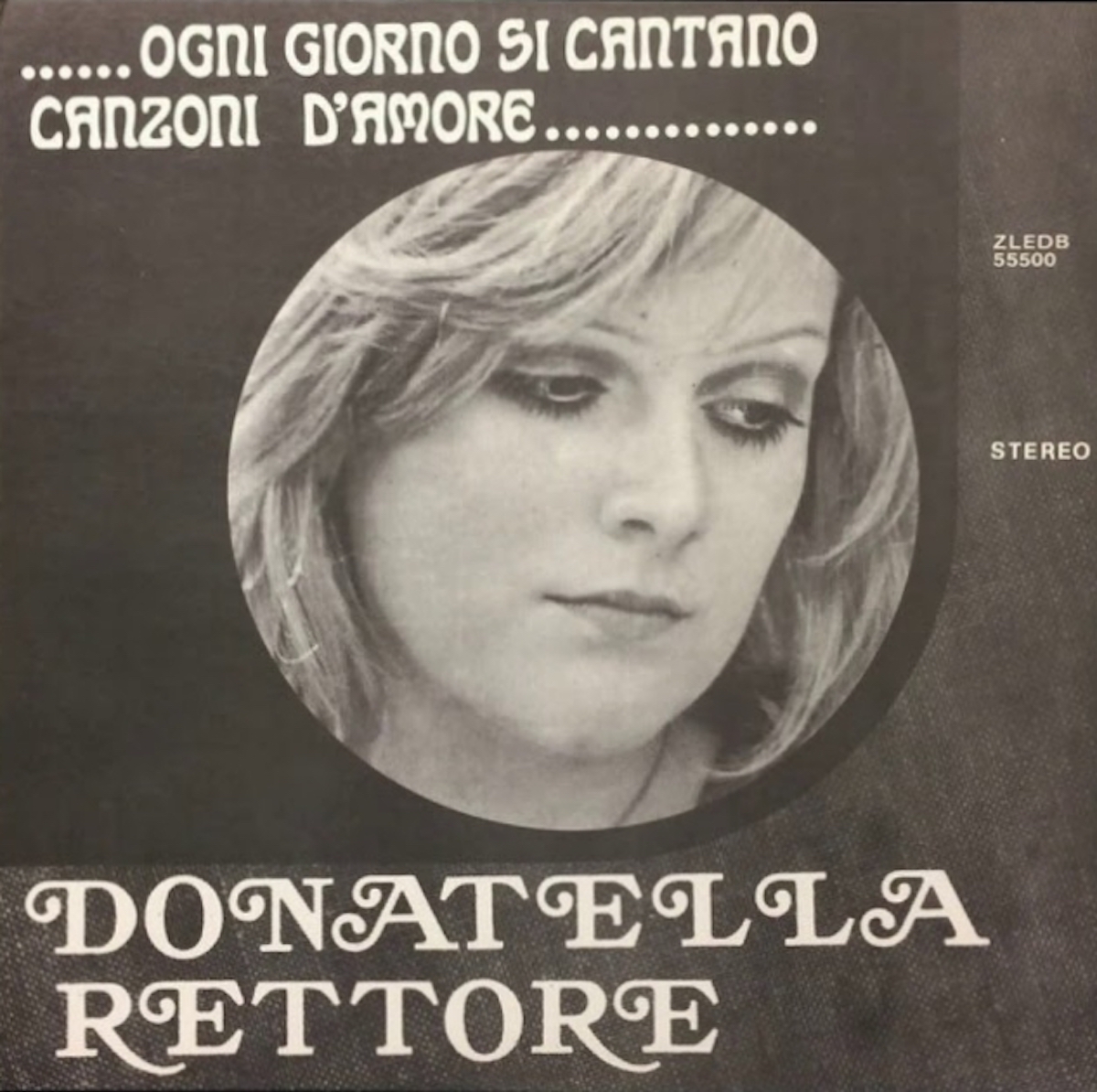 Before the great successes, the 19-year-old Rettore made her debut as a committed singer-songwriter, light years away from the style that would make her famous. The record, made with the help of Gino Paoli, stands out above all for a song that deals with the burning theme of abortion (Maria Sole) and for its general melancholy and disillusioned atmosphere, despite the young age of the singer.

“Songs of the women in struggle n.2” Roman Feminist Movement (1976) 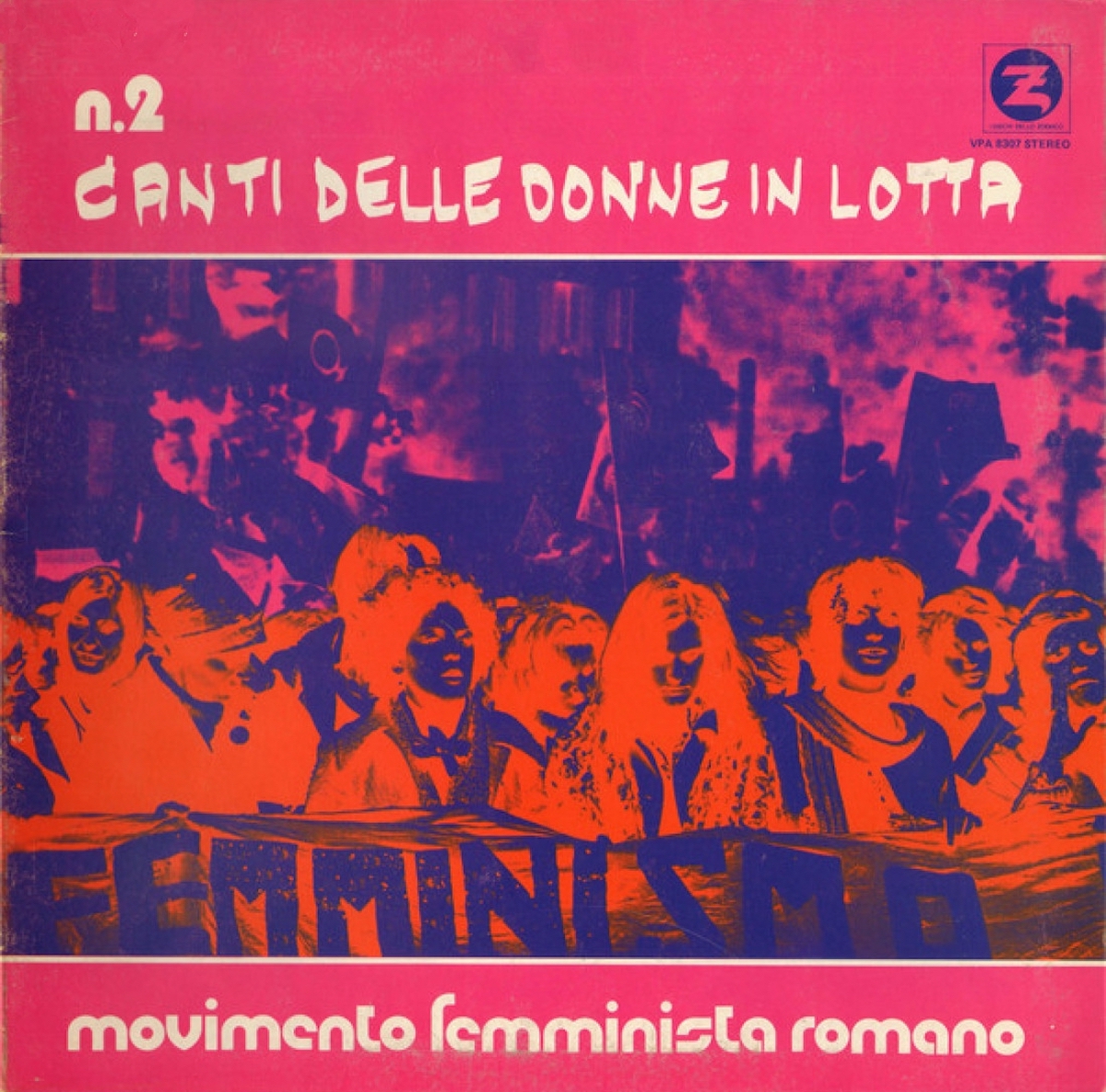 The second volume of the series Songs of women in struggle, edited by the Roman section of the Movement, is once again an uncompromising work, with a series of ballads that are as meager as musically as they are powerful in terms of lyrics. The liner notes are clear: “In November 1972, we in the Roman Feminist Movement didn’t feel like we were singing wrestling songs written by men. Our problems and our achievements could not express themselves in what the male tradition is. So we began to sing to the “feminist” of family, sexual roles, couples, homosexuality, prostitution, abortion and work ». 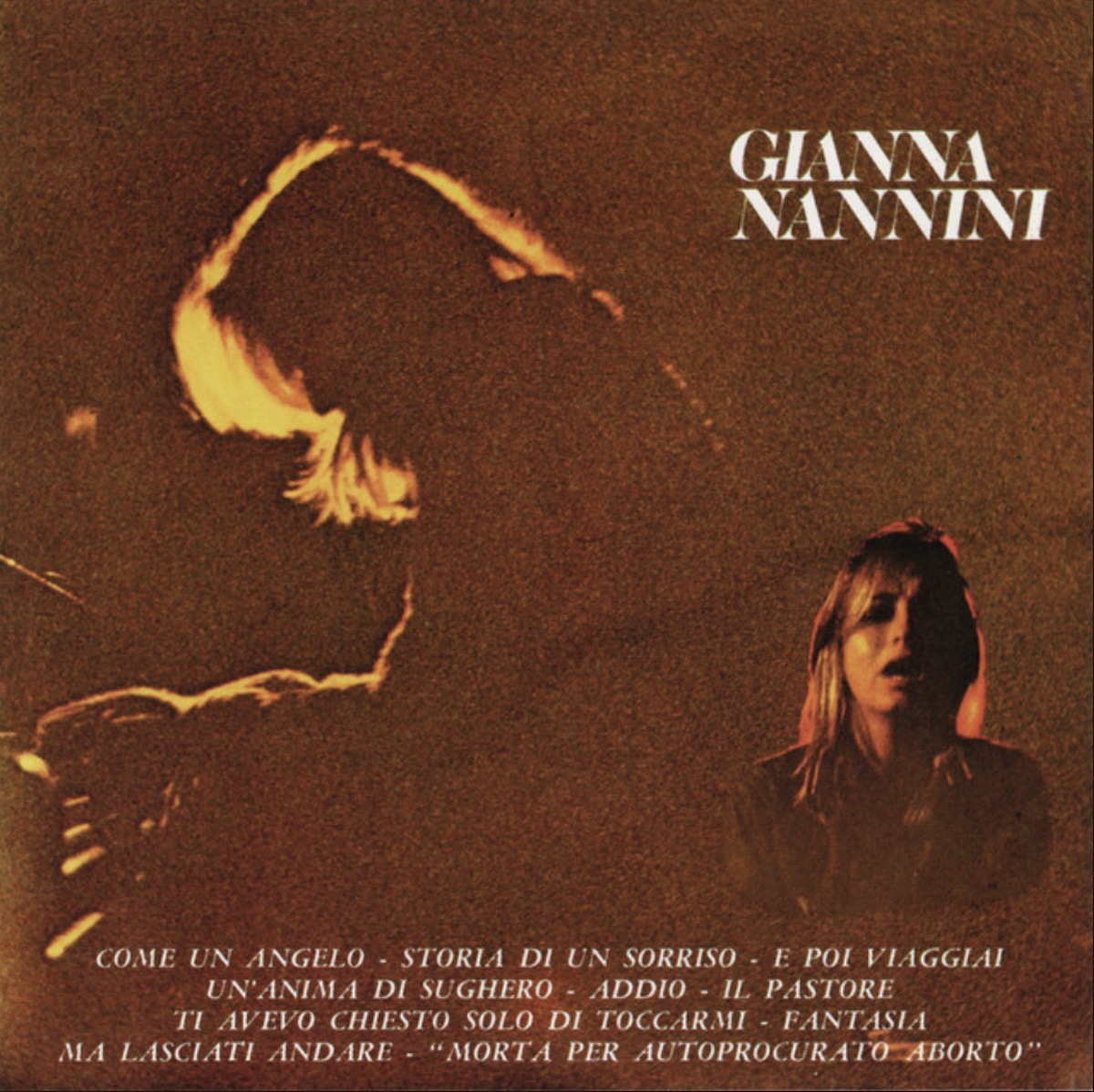 As Rector, even Gianna Nannini at the beginning is something completely different from the rocker she would have transformed into shortly thereafter. With a highly respected backing band (PFM musicians, Battisti and others), her debut exudes youthful unease, with songs that openly address the theme of sexuality, childhood and abortion as Died from self-procured abortion or I just asked you to touch me. 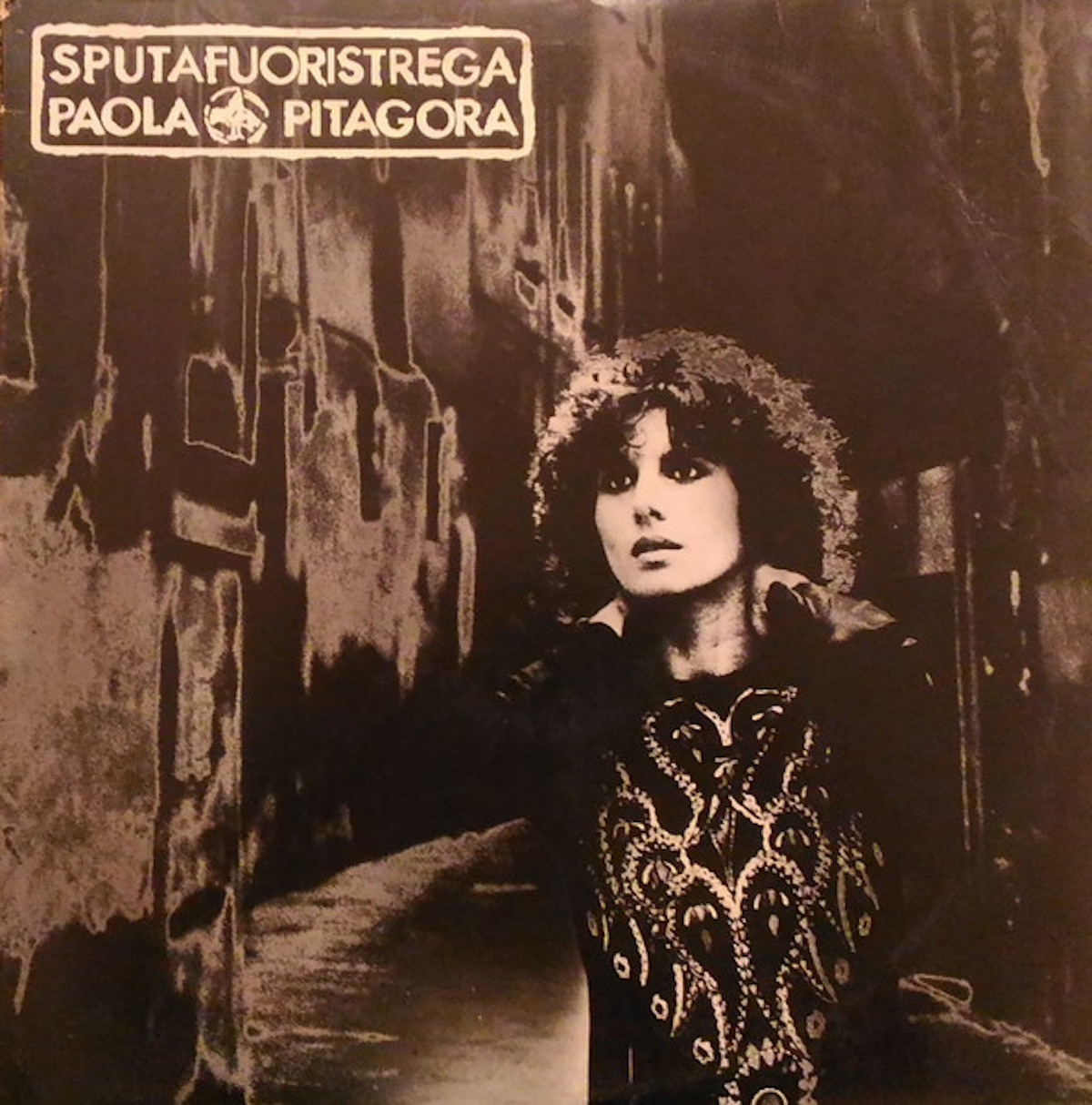 Unknown album by actress Paola Pitagora who musically goes into unexpected territories such as Rock in Opposition and avant prog. All this to dress up songs with alienating lyrics in which the performer incites to give life to the witch that the respectable society hates and that she would like to burn at all costs. Here, too, a title is enough to say everything: Frigid, and then?

David Martin is the lead editor for Spark Chronicles. David has been working as a freelance journalist.
Previous I Never vs Euphoria? Mindy Kaling explains decision not to approach adolescence as in Zendaya’s series – News Seen on the web
Next Bottled mineral water poisoning – here’s what’s happening