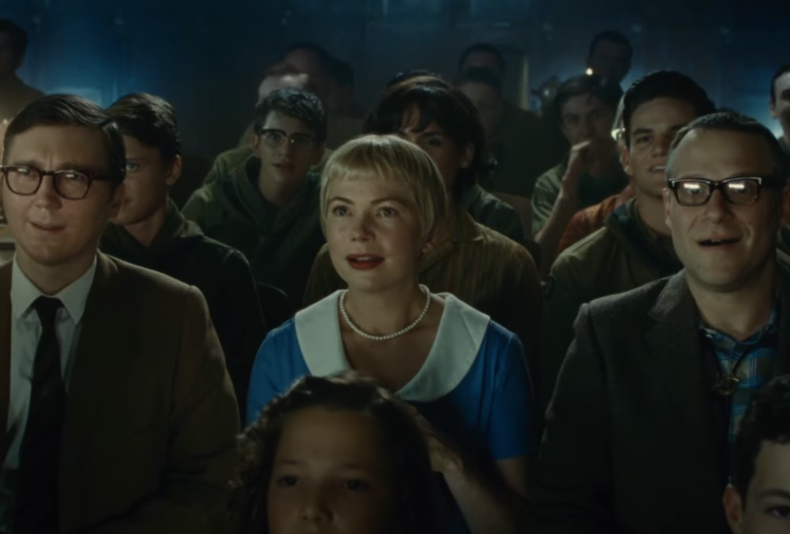 At Christmas, the Fabelman house becomes unmistakable. It’s the dark one, as little Sammy notes – the only one in the neighborhood not to sparkle with a thousand lights and decorations. It is one of the many images destined to imprint itself in the viewer’s memory of The Fabelmans, one of the most anticipated films of the year and the first celebrated foray into Steven Spielberg’s autobiography. At 75, the director returns with a story that explores his childhood world and recapitulates the broader sense of the American Jewish experience. Written during the pandemic with Tony Kushner, the film stars in the role of father Paul Dano and mother Michelle Williams. Gabriel Labelle was the director as a child and Seth Rogen was a family friend who became an important reference figure for the boy. The Fabelmans returns to themes already shadowed in other films, starting with the difficult relationship with the father figure. However, it is a semi-autobiographical film in which memory is intertwined with a passion for cinema, which is the other major theme of this film. The most touching scenes are in fact those that take us back to the roots of a vocation destined to leave an indelible mark on the collective imagination. Here is Sammy, who dreams of becoming a filmmaker after the war and develops the intuitions that will be the key to his art. Here is the mother, a free spirit, who supports him and the father who at first does not want to know. secret that will break his family pours all of himself into cinema making videos at home, school and boy scouts.
Compared to Woody Allen’s autobiographical Radio Days, The Fabelmans composes a portrait that embeds a child’s experience within the framework of the story. “Being Jewish in the rest of America is not like being Jewish in Hollywood,” explained the director in an interview with AO Scott in the New York Times. If in the capital of cinema it means joining a popular circle, elsewhere it arouses distrust if not downright hostility. In the film, young Sammy will use his skills with the camera to gain acceptance. It is an ending that reflects the optimism and hopes that animate American Jewry in the years of the great battles for civil rights and is a powerful invitation to reflect on our times. The resurgence of anti-Semitism, Spielberg argues, has precise culprits. “There have not been the usual ebbs and flows of history, but a clear invitation to a toxic dance of anti-Semitism that falls under an ideology of separation and racism, Islamophobia and xenophobia.” 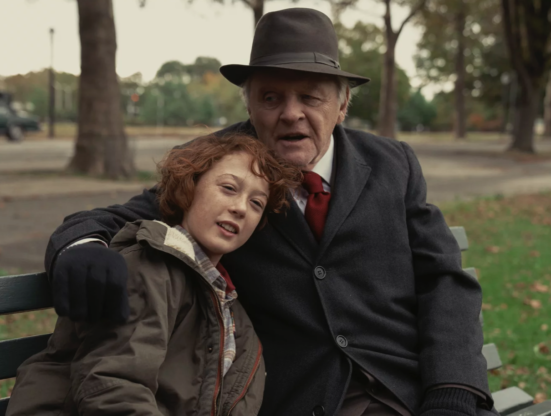 Another American Jewish childhood comes to the cinema together with that of Steven Spielberg. In Armageddon Time, director James Gray (The Immigrant) returns to his experience as a child, the son of Jewish immigrants from Russia, in New York in the 1980s. In the span of two months, between the start of school and Thanksgiving, we follow him as he becomes aware of himself while the election of Reagan looms in the background. Here too the actors are prominent. The mother is Anne Hathaway; father Jeremy Stronger and grandfather Anthony Hopkins while Michael Banks Repeta plays 11-year-old Paul Graff. Like Spielberg’s Sammy, the boy dreams of cinema but his path is full of obstacles. Only his grandfather encourages his dreams, his parents instead urge him to more realistic careers. Here too the first impact with racism takes place in the new private school. Here his path crosses that of two real people, Maryanne and Fred Trump, sister and father of the future president. These are details based on the director’s experience, who like Maryanne and Donald Trump studied at Kew-Forest School, an institution that sees Fred Trump among its major benefactors, and in the film they take on a premonition value of the years of imminent Reaganism.
In this atmosphere, when his African American friend Johnny is targeted by his classmates and teachers, his grandfather’s words are fundamental. The man exhorts his nephew to be a man, a “mensch” – to show solidarity, character and take the side of the weakest. And while she tells him about her mother, whose parents were killed because they were Jewish by the Cossacks, when she was just a girl and about the hatred that massacred the Jews of Europe, the present inevitably welds to the memory of the past. For Paul, the lesson boils down to a contradiction about the role of power, status and money in an America where any child can be president, but children like Johnny seem doomed to defeat.

(Pictured: A scene from The Fabelmans and In Armageddon Time)

David Martin is the lead editor for Spark Chronicles. David has been working as a freelance journalist.
Previous Frostpunk PC Free Download Full Version
Next The World Cup in Qatar? Beautiful ending, but it was better not to do it in Doha-Corriere.it