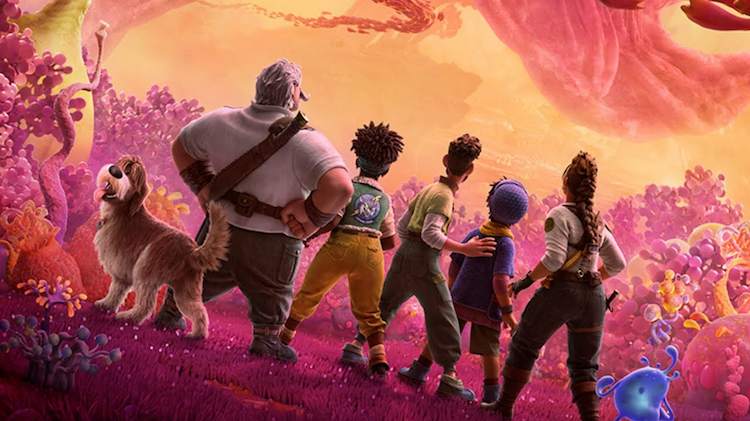 Strange World and other new movies in theaters

Lots of new releases and for different targets this week. For the family audience, Disney brings more than 500 cinemas his new animated film Schange Worlddirected by Don Hall.

After the transition to the Venice Film Festival, Vision instead distributes in 410 cinemas the new film by acclaimed author Luca Guadagnino: Bones and All, film shot in English starring the very popular actor Timothée Chalamet: a road trip to America, but also a love story with horror atmospheres.

And horror is also the proposal of Eagle The eyes of the devilwhich will be released in 250 cinemas. Directed by Daniel Stamm, the film follows the story of a school of exorcism, secretly reopened by the Vatican, after the increase in cases of demonic possession.

Previewed at the last Rome Film Fest, Pokerface arrives now at 180 cinemas, thanks to 360 Summitstarring Russell Crowe as a billionaire gambler who decides to gather his best friends at his Miami estate for a special game of poker.

Two titles edited by Lucky Red. The first is Netflix Glass Onion – Knives Out with Daniel Craig set to be released as event from 23 to 29 November in 78 cinemas before being available on the platform on December 23; the second is Tori and Lokitavisible in 50 cinemas, the latest denunciation of the injustices of today’s world told, always with great humanity, by the Dardenne brothers.

To complete the offer, Cinecittà Luce will distribute in about 50 cinemas Bonecrusher by Vincenzo Pirrotta; I Wonder brings the French drama film to 25 cinemas A voice out of the choir, presented at Un Certain Regard in Cannes74 and then at the Giffoni Film Festival, where it won the Gryphon Award for Best Film in Generator +13; and finally Officine Ubu offers in 22 cinemas Californiathriller set in the Italian province directed by Cinzia Bomoll.

David Martin is the lead editor for Spark Chronicles. David has been working as a freelance journalist.
Previous https://gamingbeasts.com/europa-universalis-iv-download-pc-game/
Next Dune: Part 2, first photo of Florence Pugh as the princess