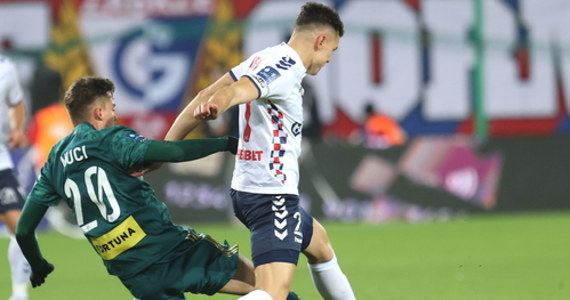 – Legia plays embarrassingly! The level of players who were brought into the club is embarrassing. I am also disappointed by the reaction of the Legia coach, because he has already been given some time, he had a national break, but there is no improvement in the performance of this team – said Sławomir Peszko in the Ekstraklasa Studio. He also added that in his opinion young players should get more chances, because they would certainly not perform worse than, for example, Yuri Ribeiro – thundered Peszko.

Radosław Majewski defended coach Marek Gołębiewski a bit, suggesting that the Legia coach may have his hands tied, because there are pressures that the footballers brought in in the summer should play as much as possible, even at the expense of young players. He also added that the easiest way is to hit the coach, while from the very beginning the players presented very poorly.

– The last victory of Legia was with Świt Skolwin. And this match did not look good either – said Majewski. – Legia doesn’t need style. I need three points now, he added.

The former winger of Lech Poznań also added that Legia needs a shock, and maybe even a transfer of several players to the reserves. – You have to show clearly, there is no place for trash and for foresters. I would sacrifice even 2-3 of the weakest players. For me it’s Ribeiro and Igor Charatin. Let them play in the reserves, show up there. This is the way. Maybe then the team will see their eyes? he wondered.

In turn, according to Majewski, the Polish champions need someone who will shake them, a leader who can build up the team. He also referred to the scuffle between Artur Jędrzejczyk and Bartosz Slisz. – If you don’t win, there must be some kind of wars internally. Probably no fun, no joy in training. There are automatisms and there is nothing else. They need someone, maybe Artur Boruc’s return. Maybe he will give some of this quality – the perpetual player analyzed.

In this game, Lukas Podolski scored the first goal in PKO Ekstraklasa. Sławomir Peszko, a private friend of “Poldi”, emphasized that it was a very important goal for Górnik’s footballer, but mainly because it was a very important match for the fans. – Three points pleased him. And the fact that he won with Legia at home. He is making his dreams come true and the dreams of the fans. He doesn’t play here to promote himself because he knows he won’t be going to play abroad anymore. A game here for fans. And I saw how proud he was – emphasized Peszko.

David Martin is the lead editor for Spark Chronicles. David has been working as a freelance journalist.
Previous Sell-off on the currency market: the EUR / PLN exchange rate soared – the highest level of EURPLN in over 12 years; dollar quotations (USDPLN) sharply up!
Next La Palma: The San Juan volcano “disappeared” due to the Cumbre Vieja eruption