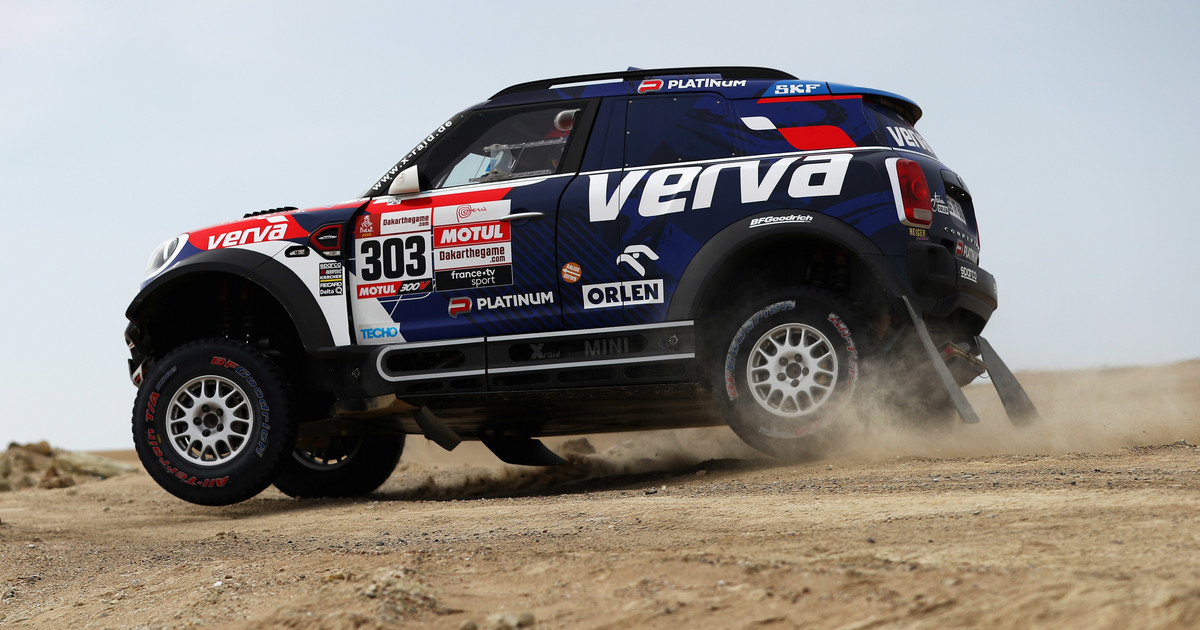 Successful day for Poles at the Dakar Rally. They are in the lead again!

Thursday’s stage had various special stages for motorbikes and quads as well as cars and UTV. The organizers had to stop the competition between the first two classes due to the inability to provide sufficient medical support. While there were already 49 bikers at the finish line, only one in the quad class.

Consequently, it is likely that the motorcycle scores will be neutralized for the remainder of the stake, while there is uncertainty as to what the judges’ decision for ATVs will be.

Przygoński had another successful day. After weaker first stages on Wednesday, he was eighth, slightly behind the winner, and a day later he was placed two places higher. Heng Lategan from South Africa (Toyota) won, and the Pole lost only 3.20 to him.

The lead in the general classification was maintained by Qatar, eighth on Thursday, Nasser Al-Attiyah (Toyota). Przygoński advanced one position and is sixth, 1: 10.24 behind the leader. However, he is less than 20 minutes behind the third-placed Argentinian Lucio Alvarez (Toyota).

Giemza achieved his best result in this year’s Dakar. He lost just over 13 minutes to the winner Toby Price and in the general classification he moved up to 32nd position. Sam Sunderland (GasGas) maintained the lead in the rally on Thursday, 13th Thursday.

The second Pole, Konrad Dąbrowski (KTM), also did very well, he was 30th and is 35th in the general classification. Of course, these results are still unofficial.

The fifth stage was also successful for the teams competing in the UTV vehicle class. Marek Goczał and Łukasz Łaskawiec took second place in the fifth stage of the Dakar Rally in this class. His brother Michał and Szymon Gospodarczyk achieved the ninth time, and Aron Domżała with Maciej Marton – 15th.

– It was undoubtedly the hardest and worst stage of this year’s Dakar for us. We grabbed two slippers and got lost a few times. We need to quickly sort things out in our heads and return to the fight even more concentrated. We want to fight for the podium in this event and we cannot afford to make mistakes – added Michał Goczał.

On Friday, Dakar participants await the next stage around Riyadh.

David Martin is the lead editor for Spark Chronicles. David has been working as a freelance journalist.
Previous Inflation in Poland. Glapiński said when he would reach the top
Next TCL Book 14 – the company’s first laptop