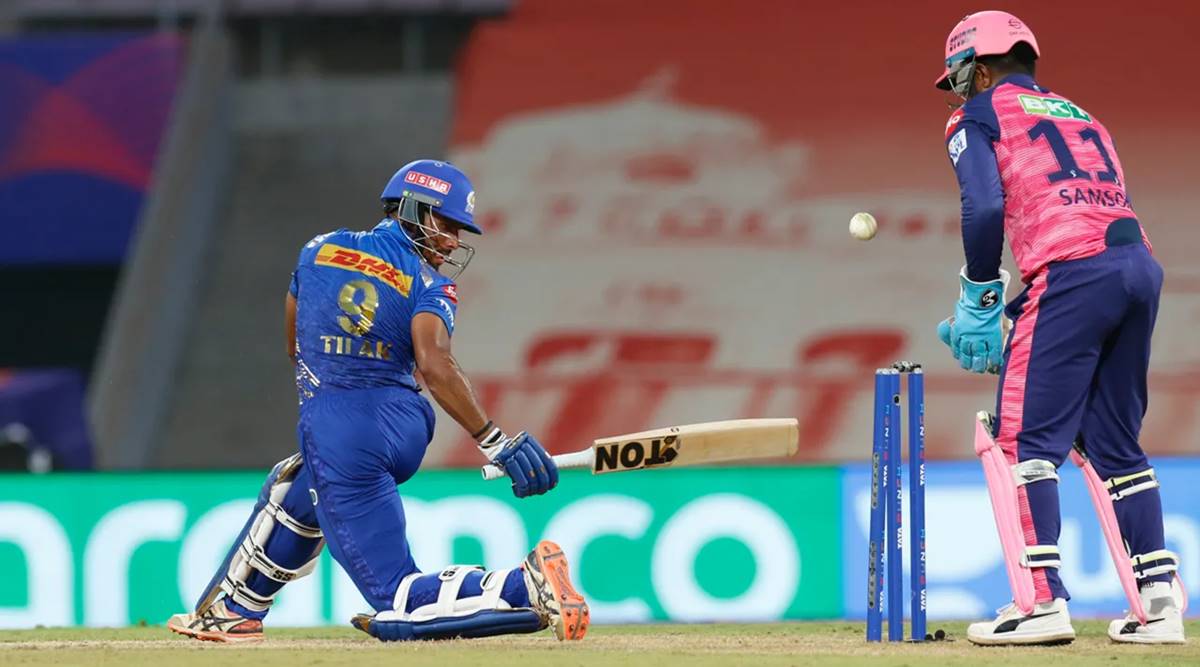 Mumbai Indians’ 19-year-old batsman Tilak Verma made a big achievement in his second match in the Indian Premier League (IPL). Tilak Verma became the youngest batsman to score a half-century for Mumbai Indians by breaking Ishan Kishan’s record. Tilak has done wonders in only two matches in IPL. Indirectly, Suresh Raina, who is also called Mr. IPL, has a hand in Tilak Verma’s reaching this position.

Tilak Verma mentioned that meeting with Raina. That meeting took place in 2014. Tilak Verma told how that meeting changed his fate. Suresh Raina certainly won’t remember meeting Hyderabad cricket coach Salaam Bayash or any 12-year-old at the HCA Stadium in Uppal in 2014.

Chennai Super Kings were to face Sunrisers Hyderabad the next day. Suresh Raina spoke to 12-year-old Namburi Thakur Tilak Verma for five minutes during this period. A photo was taken with him. This meeting had a profound effect on Tilak Verma. Now after 8 years, the 20-year-old left-handed batsman Tilak Verma’s batting will certainly bring happiness to Suresh Raina’s face.

Tilak Verma He also hit a six off Ravichandran Ashwin with a reverse sweep. Recalling that day, Bayesh said, ‘A friend of mine was the local manager. I helped him to approve the practice and took Tilak with me.’

Regarding his disciple who was included in the Mumbai Indians team, this coach said, ‘I remember Tilak was very impressed seeing Surena Raina bat. He did not take his eyes off her even once and looked at each and every shot of Raina. After that we posed for a picture with him and I think Suresh Raina That ‘special meeting’ with Tilak was enough for Tilak to decide that he would become a cricketer.

Mumbai Indians suffered a loss against Rajasthan Royals, but Tilak Verma grabbed everyone’s attention with his 61-run knock. Head coach Mahela Jayawardene also praised him. Tilak Verma’s father works as an electrician. Tilak Verma believes that getting a contract of Rs 1 crore 70 lakh will help him give a better life to his parents. Tilak Verma says that his parents have made a lot of sacrifices to make his dream come true.

Videogames entered his life in the late '80s, at the time of the first meeting with Super Mario Bros, and even today they make it a permanent part, after almost 30 years. Pros and defects: he manages to finish Super Mario Bros in less than 5 minutes but he has never finished Final Fight with a credit ... he's still trying.
Previous Virat Kohli Said Younger Members Of Team Felt Intimidated By Anil Kumble Claims In Former Cag Vinod Rai Book
Next IPL 2022| Rcb vs RR fan moment video Virat Kohli Dinesh Karthik Yuzvendra Chahal | When Kohli got out, he caught his head, when he hit fours and sixes, he jumped; Watching the camera kept changing reaction