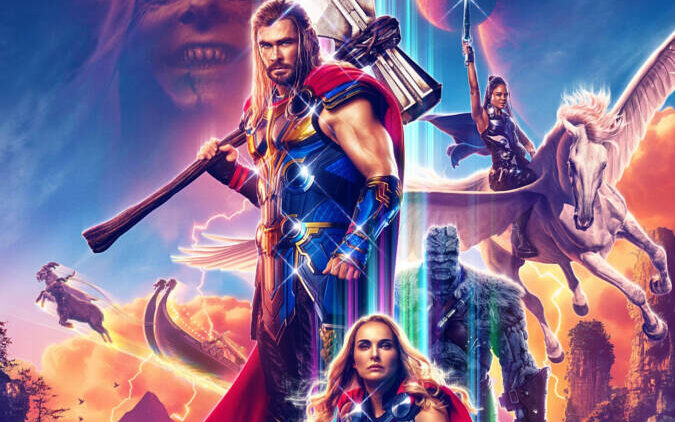 Taika Waititi Says ‘Thor: Love and Thunder’ is a movie to please kids

Despite the trailer for ‘Thor: Love and Thunder‘ introduce some pretty dark scenes from Gorr the Butchers of the Gods (Christian Bale), the sequence is intended for children.

The information was confirmed by the director and co-writer. Taika Waititi, during an interview for the The Late Show with Stephen Colbert.

Asked about the Norse mythology influences on the film, waititi he responded:

“It’s all there, but we’ve intensified the children’s point of view. When you look at this movie, it’s like we asked a group of six-year-olds what they would like to see in a movie, and we just said yes to everything.”

He joked that: “It’s so ridiculous. There’s a Viking ship being towed through space by two giant goats, and that’s Thor’s vehicle in this movie. And that comes from Norse Mythology! So I see people who are like, ‘Seriously, taika?’ But we took that out of mythology.”

waititi also cited a pretty delusional example from Norse mythology involving Loki and joked that this should have made it into the MCU by now.

“Loki has already turned into a mare, bred a serpent, became pregnant and gave birth to an eight-legged horse. Why wasn’t this explained in the Avengers movies? we need to see Tom Hiddleston pregnant waiting for a horse.”

Videogames entered his life in the late '80s, at the time of the first meeting with Super Mario Bros, and even today they make it a permanent part, after almost 30 years. Pros and defects: he manages to finish Super Mario Bros in less than 5 minutes but he has never finished Final Fight with a credit ... he's still trying.
Previous Ms. Marvel, the easter eggs of episode 3
Next THE BALL – Camacho interview: «Ronaldo as Di Stéfano» (Spain)