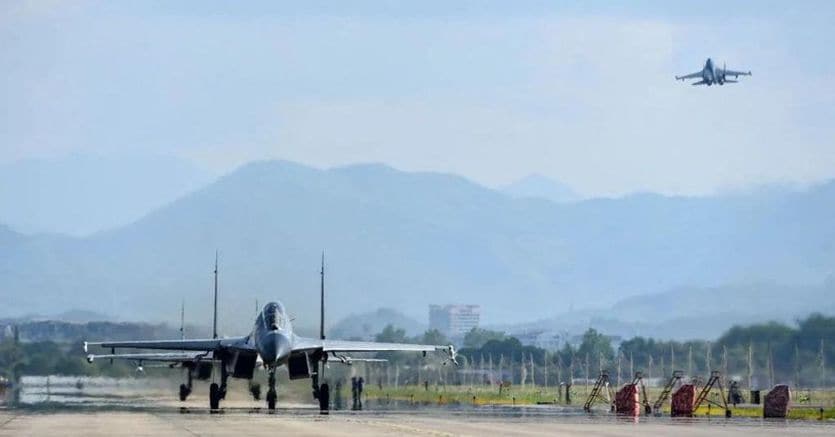 Blinken also described China’s reaction to the visit of US House Speaker Nancy Pelosi to Taiwan as “sensationally provocative”. Blinken, speaking at the East Asia Summit in Cambodia, said that Beijing has tried to intimidate not only Taipei, but also its neighbors, after launching the biggest military maneuvers ever in the Taiwan Strait, aiming to change the status quo. According to Bloomberg reports, Blinken, at the summit which was also attended by Chinese and Russian foreign ministers, Wang Yi and Sergei Lavrov, remarked that Pelosi’s visit was peaceful.

The Taiwanese president judged China’s launch of missiles near the busy international flight and sea routes around the island as “irresponsible” as part of military maneuvers in response to US speaker Nancy Pelosi’s visit to Taipei. Tsai, in a 4-minute message posted late yesterday evening on the Presidential Office website, called on Beijing to act with greater self-control. Taiwan will not fuel tensions, but will defend sovereignty: “We strive to maintain the status quo across the Strait with an open mind for constructive dialogue,” Tsai added.

The government is working to ensure safe operations in the island’s seaports and airports, as well as the stability of financial markets, Tsai added. The presidential speech matured after the Ministry of Defense confirmed that the Chinese military fired 11 ballistic missiles that landed in the waters off the northeastern and southwestern parts of Taiwan, with some having flown over the island before. fall into Japan’s exclusive economic zone.

Speaker of the House of Representatives Nancy Pelosi today ruled out that the visit to Taiwan has damaged the island, brandishing the controversy as “ridiculous”, assuring that the US does not intend to change the “status quo” in the region. To those who asked her at the press conference if she believes that her visit has not brought benefits to the island, the president said that it is a “ridiculous” dispute, adding that the Asian country is one of the “freest in the world. world.

We have said from the beginning that our presence here does not mean that the status quo in Asia has to change. It is again the law on relations with Taiwan and politics between the US and China, ”Pelosi said in Japan on the last day of his tour of Asia, according to a statement from his office.

Videogames entered his life in the late '80s, at the time of the first meeting with Super Mario Bros, and even today they make it a permanent part, after almost 30 years. Pros and defects: he manages to finish Super Mario Bros in less than 5 minutes but he has never finished Final Fight with a credit ... he's still trying.
Previous How the DAZN-Sky agreement works starting from 8 August
Next Cristiano Ronaldo could be United’s Premier League starterPlay 10